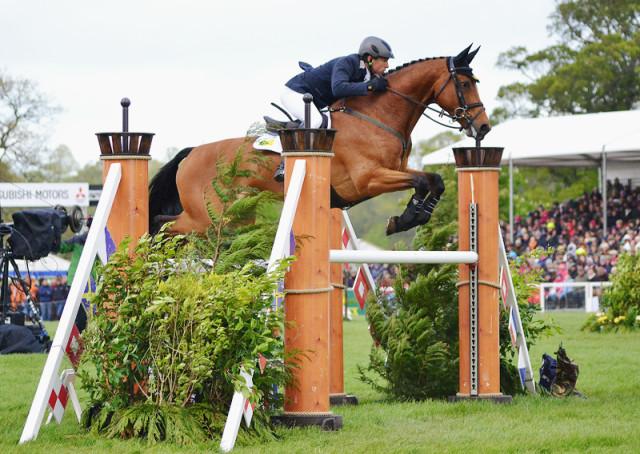 Erin Go Irish highlights the success of Irish-bred horses and ponies in eventing. Michael Doherty of Irish Horse Gateway discusses what makes Irish horses so competitive in our sport. This week, Michael takes a look at Badminton winner Paulank Brockagh. Last time, he wrote about Irish Sport Horses heading to Badminton to compete.

A dramatic Badminton Horse Trials saw the Irish Sport Horse Paulank Brockagh become the fourth mare in history to win the CCI4* event. This was Paulank Brockagh’s first international win and what a competition to start with!

Following the win, breeders of Paulank Brockagh, Frank and Paula Cullen told Horse Sport Ireland: “We are absolutely thrilled. It was an epic three-day event filled with drama and top class international riders. For Brockagh and Sam Griffiths to come out on top is a dream come true. Paulank Brockagh is an amazing mare, so clever and brave and such a consistent performer – since her first intro as a four year old, she has had a clean record cross-country: quite an achievement over eight seasons.”

The 11 year-old began her international career under the guidance of Ireland’s Heidi Hamilton. 2010 saw Paulank Brockagh’s first outing with Sam Griffiths. The then seven-year-old represented the Irish Sport Horse studbook at Le Lion d’Angers CCI2* finishing in an impressive third place. Badminton 2013 was to be the first CCI4* run for Paulank Brockagh with the 2014 event being only her third attempt at that level. 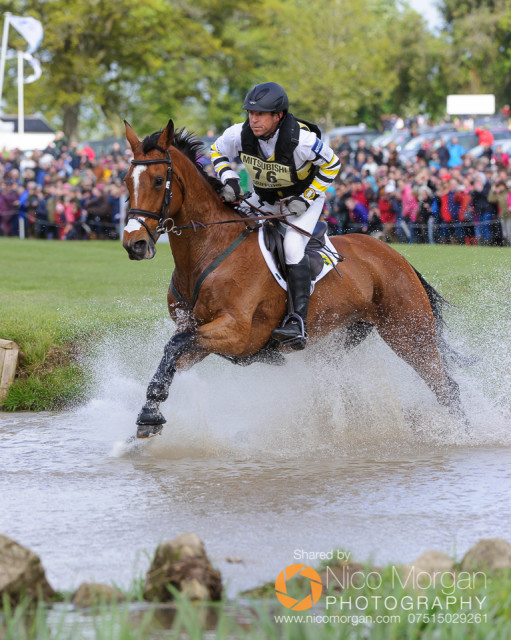 “Her success at Badminton could not have happened without the professional help of a few people whom we would like to thank,” said the Cullens. “Firstly, Brendan Doyle from Enniscorthy who broke her; Susan McDonald who introduced her to hounds; Joseph Murphy who won the FEHL four-year-old HSI trophy for the highest placed mare. Darryl Walker who showjumped her off-season under the guidance of Fiona Carew, competed in the five –year-old FEHL (Future Event Horse League) where she was again the highest placed mare. Her six-year-old season was spent with Heidi Hamilton who competed her at one star. Again, she was the top mare that year.”

The damline of Paulank Brockagh is no stranger to international success. Through the mare Gortnageer Star, by Chair Lift, the iconic chestnut international showjumper Carling King was produced.

“Calendar Girl has been a consistent breeder with her oldest progeny now 20 years old,” the Wicklow-based breeders said. “Paulank Kimble by Cruising was her first foal and she was exported to Italy in foal to Zero Watt as a three-year-old. She jumped to international level before retiring. We had the opportunity to buy her back and she now has two foals by the recently deceased Clover Brigade. Her foal by Zero Watt was placed third in the Italian National show jumping championships as a four-year-old.”

Speaking after the Badminton victory, Sam Griffiths said: “I thought if I did well in the cross-country, I’d move up, but I had no expectation of being on top of the podium. She jumped beautifully and to my surprise, here I am.”

“She’s one tough nut,” said Sam, who bought the mare in 2010 from her breeder, Paula Cullen, who had evented her up to Novice level in Ireland. “She’s so careful and tries her hardest. She’s got a massive heart,” he added.

Check out this look at the Irish horses and riders (and a shout out to EN sponsors Dubarry and HN sponsor Horseware!) in this video from our friends at Irish Horse TV.

The Irish Horse Gateway connects buyers to sellers of Irish horses and ponies, promoting the Irish horse and pony around the world through a portal that offers sale horses, information about the breeds and travel to Ireland. All registered sellers on the Irish Horse Gateway have signed a code of conduct which gives prospective buyers increased confidence. The site was launched last year by Horse Sport Ireland, the Emerald Isle’s official equine organization. Visit www.irishhorsegateway.ie for further details.