Erin Go Irish is our newest series highlighting the success of Irish-bred horses and ponies in eventing. Michael Doherty of Irish Horse Gateway will be writing each week to discuss what makes Irish horses so competitive in our sport. This week, Michael takes a look at the Irish horses short-listed for Canada’s team. Last time, he wrote about the Irish Sport Horses on the 2014 Canadian Team. 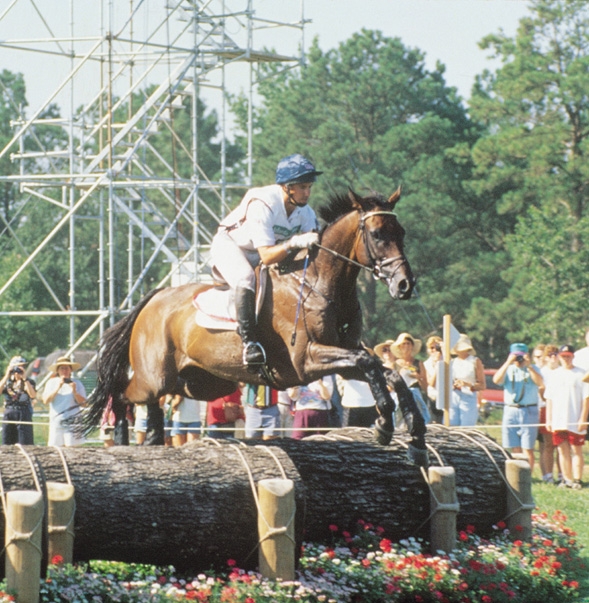 Now that Rolex Kentucky Three-Day Event officials have announced the first round of entries, Rolex fever can officially begin. From an Irish-bred perspective, the Lexington event has already begun attracting some interesting combinations, such as Harbour Pilot (ISH) and Hannah Sue Burnett (USA), Fernhill Present (ISH) and Alice Dunsdon (GBR), Ballylaffin Bracken (ISH) and Kristin Schmolze (USA) and Bay My Hero (ISH) with William Fox-Pitt (GBR). Bay My Hero has not contested an international event since taking fourth place in Pau CCI4*in October 2012.

“Mark Phillips called him (Giltedge) a ‘useful’ horse. But he won two three-stars and a four-star, and ended up with six medals to his credit. That’s pretty good for not being ‘the most talented.’ Biko, Eagle Lion, Out And About, and Custom Made were the stars who were supposed to bring home the big medals for the team during the mid- to late 1990s. Well, every time you turned around, Tex was the highest-placed American horse on the team, and he just kept doing it. That’s why his victory at Rolex Kentucky in 2001 was such a big emotional win for me — because it was Tex being the star at last.” — David O’Connor in “Life in the Galloping Lane” 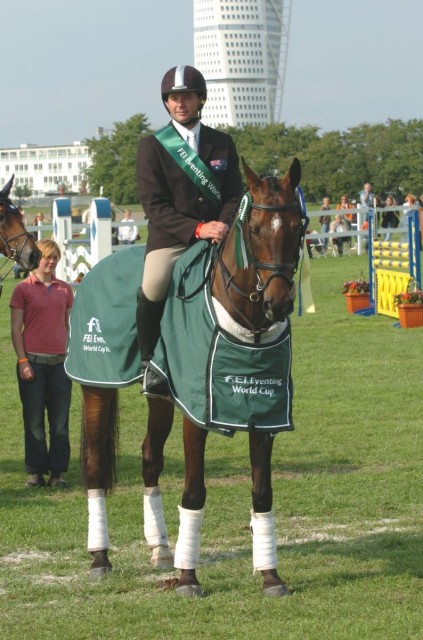 Speaking after the CCI4* win, Fredericks told the Sports Image Times: “I really can’t say enough about my horse. I never expected this, but he tries his heart out and has real star quality. I am quite fortunate to be able to ride him.”
Under Fredericks, Ben Along Time recorded major international wins, including two World Cup finals in Malmö (2005) and Deauville (2008). The 2006 World Equestrian Games in Aachen saw the duo impressively take home both individual silver and team bronze. They later added to the medal tally when winning team silver at the 2008 Olympic Games in Beijing, where they also finished in a highly respectable seventh place individually. Sired by the internationally renowned Cavalier Royale (HOLST), Ben Along Time was bred by James Jameson in County Monaghan out of his Campaigner (TB) mare, Campaigner’s Dream (ISH).

Connaught and his rider Phillip Dutton (USA) returned to the Lexington venue in 2008 and this time emerged victorious. “It’s very rewarding because he has not been an easy horse. He’s super talented, but a lot of people have put a lot of effort in, and Bruce (Duchossois) has been very patient. Persistence is the key. We’ve stuck with him and had faith in him,”  Dutton told the Chronicle of the Horse following his victory. 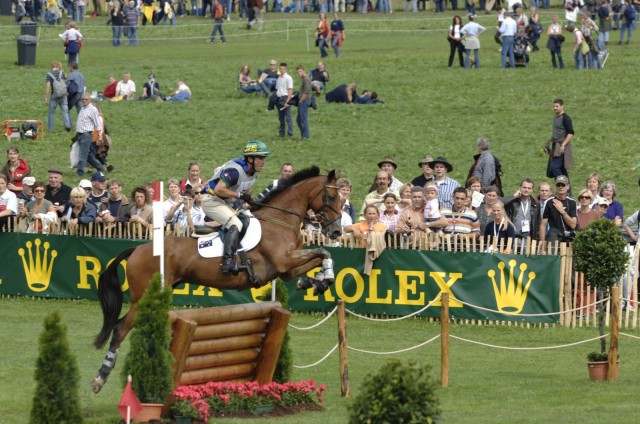 In total, Dutton rode Connaught four times in the Rolex Kentucky CCI4*, finishing within the top 10 each time. Originally named Ballysimon’s Best, Connaught is by the Irish Sport Horse sire Ballysimon and out of Bromehill Rogue (ISH), by Royal Rogue (TB). The 1993 gelding was bred in County Clare by Michael Kelly.

We at the Irish Horse Gateway will be closely watching the entry list and the competition itself to see if we will have another Irish-bred winner to celebrate in 2014!