Erin Go Irish is our newest series highlighting the success of Irish-bred horses and ponies in eventing. Michael Doherty of Irish Horse Gateway will be writing each week to discuss what makes Irish horses so competitive in our sport. This week, Michael takes a look at the Irish horses short-listed for Canada’s team. Last week, he wrote about Fenyas Elegance, Kironan and The Deputy. 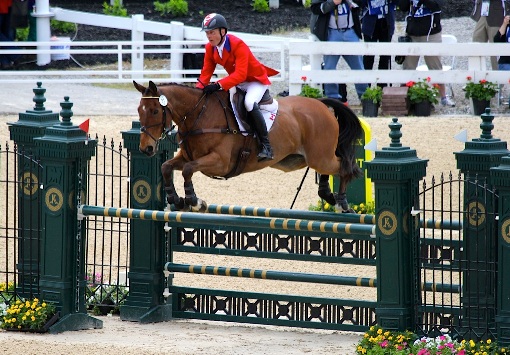 With the recent announcement by Equine Canada of the 2014 Canadian National Eventing Team, two Irish Sport Horses feature on the 10 horse strong short list. Peter Barry and Kilrodan Abbott (ISH) made the cut based on their performance at Rolex Kentucky CCI4* in 2013, with Shandiss McDonald (formally Wewiora) and Rockfield Grant Juan (ISH) doing likewise.

Now owned by Peter, Susan and Dylan Barry, Kilrodan Abbott began his eventing career in Ireland with Frances Younghusband in 2004. The partnership got off to a flying start, as they won their very first Eventing Ireland competition together, the Novice-B in Kilcooley, County Tipperary. During the following three seasons, Younghusband successfully campaigned Kilrodan Abbott with regular placings up to CCI2* level.

German-born Peter Barry then took the reins, making his first international outing with Kilrodan Abbott in 2008. Since then, the duo have climbed the international ranks, culminating in a 11th-place finish in Rolex Kentucky CCI4* in 2012. Olympic Games selection followed for Barry and Kilrodan Abbott, but unfortunately a fall during the cross-country phase at the London event resulted in elimination for the pair. This February has seen Barry and Kilrodan Abbott back to their winning ways, as they clinched the Open Intermediate class at Pine Top Horse Trials in Georgia.

Bred by Michael Hogan, County Tipperary, Kilrodan Abbott is by the Irish Sport Horse stallion Clover Brigade out of Gentle Lassie (ISH), by Leabeg (ISH). Clover Brigade is also the sire of international eventers such as Oliver Townend’s former mount Brigadier, now with Italy’s Fabio Gorini and Cast Away, who competed under Piggy French and Chloe Newton.

Peter Barry and Kilrodan Abbott last year at The Fork 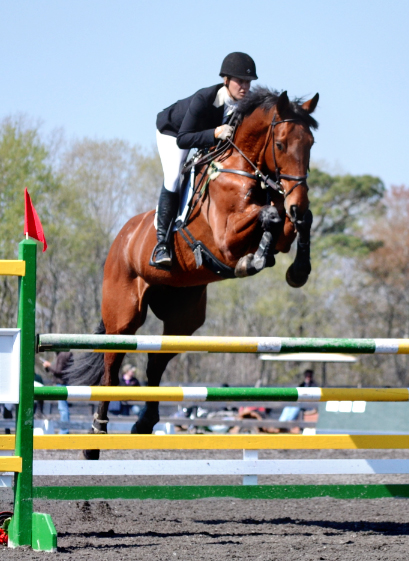 Prior to been sold through the Go for Gold sale, Rockfield Grant Juan was produced by Jenni Lamminen, who competed the 2002 gelding at Novice level. Since then, Shandiss McDonald has campaigned Rockfield Grant Juan, who is currently owned by Jorge Bernhard, up to CCI4* level, which resulted in them being the reserve for the London Olympic Games in 2012.

The talent of Rockfield Grant Juan is of no surprise when we take a closer look at his family. Bred by Anne Hughes in County Kilkenny, Rockfield Grant Juan is out of the Irish Sport Horse mare Noblina. Noblina is also the dam of the 1.40-meter show jumper Du Noble, by Harlequin du Carel (SF), now competing in Argentina, and NLF Newsflash (ISH), by Last News (TB), who is competing at international 1.40-meter level in Sweden. The damline of Rockfield Grant Juan has produced numerous additional international show jumpers, including Rolo Tomasi (ISH), Two Mills Showtime (ISH) and Tiffany (ISH), to name but a few.

It looks like a big season lies ahead for our Irish Sport Horse representatives and their respective Canadian riders.