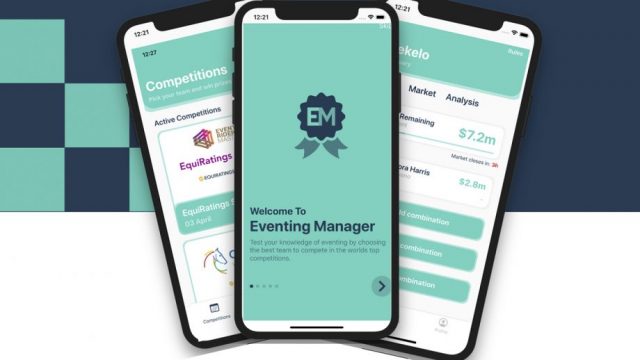 Event Rider Masters classes were canceled due to COVID-19 last month … but now they’re making a big comeback, at least virtually. Equirating’s new Eventing Manager App was due to launch at ERM Leg 1, Burnham Market, which would have been taking place this weekend. The launch is still going forward — via the ERM SIM Season 2020.

The Simulated Event Rider Masters 2020 Season will be a live online video broadcast for each competition simulation. A field of 20 ERM Riders are chosen for each competition and taking their past form statistics into account, Equiratings runs a computer simulation. Using Equiratings models powered by SAP Predictive Analytics, they will create the likely results for the dressage, show jumping and cross country phases of the competition. Every competitor in the simulation has a chance of having a good or bad competition; they could have a Personal Best Dressage score, only to throw it all away with a 20 penalty refusal in the cross country phase. It really is eventing as we know it; as the exciting sport of a million variables.

Did we mention you have a budget of $10M?

The Equiratings Eventing Manager App (EM App) allows fans to play their own tactical game during each simulation, where a league table pits them up against all other EM App players around the world. Players “buy” a team of four riders and hope their team has success in all three phases. ERM will offer merchandise prizes to the leaders of each EM App fan league to add to the fans’ excitement.

The first ever Simulated Competition of the ERM 2020 SIM Season will be the Barefoots Retreat Burnham Market Simulation taking place today, Sunday April 12th, at 7:45 p.m.(BST)/2:45 p.m.(EST). As you’d expect from an ERM broadcast, you’ll be able to watch live on the ERM website and also on Facebook Live. 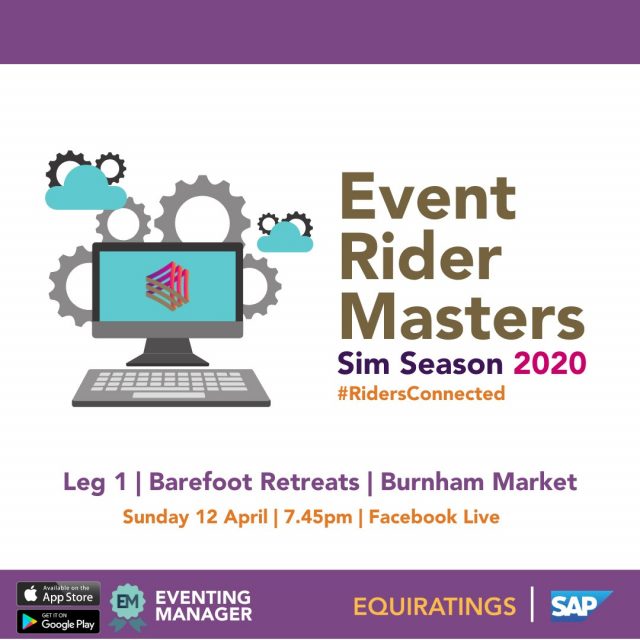 The ERM SIM Season is part of the new #RidersConnected campaign, a joint effort between ERM, EquiRatings, Black Horse (the company behind spectator judging) and Willberry Wonder Pony Charity, brought together by SAP.