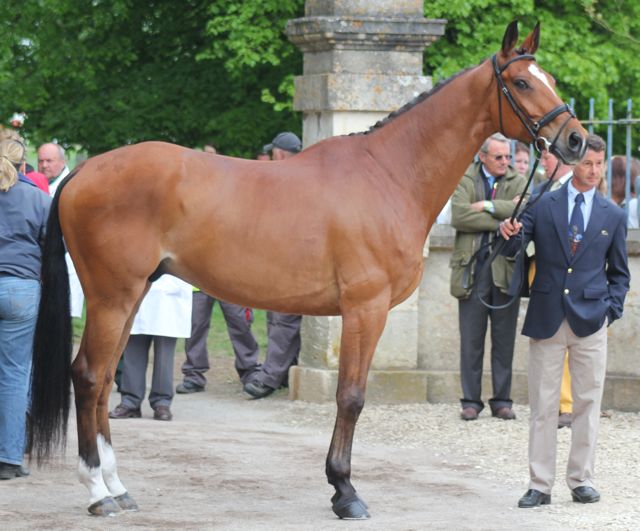 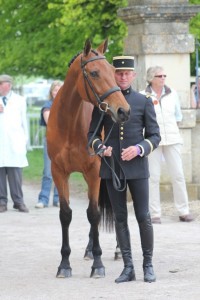 Jean Teulere and Matelot Du Grand Val at Badminton 2011, photo by and with enormous thanks to Samantha Clark.

Jean Teulere and Matelot Du Grand Val, this 12 year old gelding now has three 4* results under his belt and is entered and accepted for Badminton. While their results haven’t been perfect a 5th at Pau in 2010 and 14th last year are promising. This pair will be aiming to improve on last year’s 37th at Badminton when they line up in a few weeks. If only they can remove their perpetual two rails in the jumping and their results will be really competitive. I am putting this pair on my team.
Finally we have Eric Vigeanel who has two 4* horses Maranello and Kalin De Burgo, to be honest both horses are risky options for any national team, they have far to many “E”s in their results to be considered in my opinion.
So we have got to the end of the list, who is the team? To be honest I am not sure, lets run through them.
Stanislas De Zuchowicz – Quirinal De La Bastide ENE HN
Donatien Schauly – Ocarina Du Chanois
Pascal Leroy – Minos De Petra
Nicolas Touzaint – Neptune De Sartene or Hildago
Karin Florent and Chicago Van’t Zonneveld
Astier Nicholas – Jhakti Du Jaulie
Jean Teulere – Matelot Du Grand Val
These are my top seven, if all are fit and able to compete, I would put Karin Florent and Astier Nicholas as my reserves, it is a toss of the coin as to which you would take if one of the other five dropped out. Both have assets and reasons to be on the team.
Thanks again for wading through my ramblings.
Yours in Eventing,
ESJ