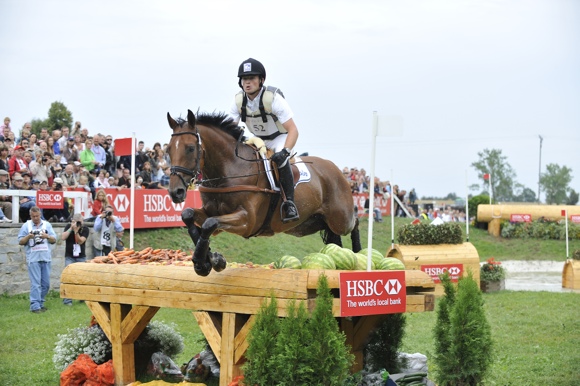 So here we are, we are on the second last team of ESJ’s Olympic team picks, this time we look at an equestrian powerhouse: the Germans. There is no doubt that at the end of the show jumping in Greenwich park the German team will be in the mix. They are good, some of the best without a doubt, not because of some special superpowers, or even brilliant breeding in their horses.

No, they train hard, use systems every day and incorporate cross-country fences into training 3-4 times a week, every week. I know each and every person hoping to be there in London trains hard, I have no doubt at all. I believe simply that their systems and the fantastic national training centre they have at Warendorf give the Germans an edge. That said, nobody is infallible and we are talking horses, so we always roll the dice.

Anyhow, after the long lists of the French without horses named, the DOKR (Deutsche Olympiade-Komitee für Reiterei or German Olympic Committee) have produced a very precise and short list with only 11 riders and a few more horses. Much easier for me to contemplate at 4.30am (which is usually when I write these stories).

Some pairs I have never heard of, while others like Michael Jung and La Biosthetique Sam FBW we all know (as Sam is revered in Eventing circles) so lets start at the top of the list and work through them.

Sandra Auffarth with her mount Opgun Louvo head the list, they finished last year’s Luhmuhlen in second place after adding a rare rail in the jumping. This pair is very consistent, dressage in low 40s or 30s most of the time, they have recorded no XC jumping penalties to date although they do have two incomplete XC rounds. Overall, they do look very good, however the thing that sticks out most to me is, they haven’t recorded an FEI event since August last year where they came second at the European Championships. Perhaps they have been put in cotton wool.  I doubt it, as that isn’t the German style, perhaps an injury I don’t know.

Andreas Dibowski has two mounts on the list, the first FRH Fantasia. This pair have a lot of experience under their belts including three 4* starts winning Pau in 2010, third at Luhmuhlen in the same year and last year heading to Badminton and putting in a credible 19th after pulling two rails in the jumping, they were entered at Badminton this year to try and secure that team spot. Really their performance at somewhere else will determine whether they make the German team or not, I think they will.

Andreas also has FRH Butts Avedon on the list, this is a less experienced horse only recently making the jump to three star, I don’t believe this horse is up for selection at this stage.

Michael Jung and La Biosthetique Sam FBW are next on the list, after their performance at WEG in Kentucky and the resulting very public ownership stoush, many of us would love to see this pair make a triumphant return, although as an Aussie, I am happy for him not to win the gold. OMG, reading Sam’s FEI event record, I need to go back to September 2008 to find a finish that ISN’T top 3 and that one is fourth, there are a couple of fourths and fifths on the list but I need to go back to April 2006 when as a six year old horse Sam got 16th.

So if Sam is entered at an event, there is a 40% chance he will win, 77% chance of top three, and 94% chance of top five. These stats are over Sam’s whole career, if we just focus on the last three, years, then there is a 100% chance that Sam will medal and 59% chance it will be gold. I know this is only statistics but I doubt a bookie would give you very good odds on a gold. Sam has never picked up a XC obstacle penalty at an FEI event and his worst XC time penalty is 6.4 time. My money is on Sam being on the German team and, wait for it, winning the individual gold medal.

Michael does have a second horse on the list Leopin FST, in all honesty whilst Leopin was entered at Badminton and is on his way to being a solid replacement to Sam, unless Sam is missing a leg there is no way that Leopin will even get a run.

Ingrid Klimke is no stranger to the Olympics with her mount FRH Butts Abraxxas they were part of the gold medal winning German team in Beijing and individually picked up the silver medal also. Over the last four years since the Games they have continued with some fantastic consistency. There was a blip for them with an elimination on XC at Badminton last year, they were not on this year’s Badminton entries and again they haven’t competed at FEI level since Luhmuhlen in August last year. Another question mark for my mind.

Marina Kohncke and Calma Schelly are next on the list, again another pair that haven’t had an FEI run since July last year where they were withdrawn during XC. My guess is while they will be back probably not in time for London if they are not already back on the park.

Kai-Steffen Meier has TSF Karascada M, this pair has a lot of experience with a few four stars under their belt including Badminton in 2009 where they finished 21st on their dressage score of 63. For a German combination I am a little surprised as dressage seems to be their weakest phase with scores in the 50s and 60s par for the course, they tend to be a little slow on XC but are clean and rarely pick up a rail in the jumping. For most other Nations I have reviewed so far they would make the team, for team Germany, lets put them as a maybe, some of their compatriots can score 20 less penalties in the dressage. They were entered at Badminton, perhaps there is a chance to make a mark.

Andreas Ostholt has Franco Jeas on the list, this horse is owned by the DOKR another German quirk not replicated in most countries. As a pair this team has a consistency problem, in the last 12 months from 11 starts they have three incomplete XC rounds, another two where they have picked up 20 XC jump penalties, time faults on all completed rounds and an occasional rail on the final day. They are not on my list of German combinations for the team. 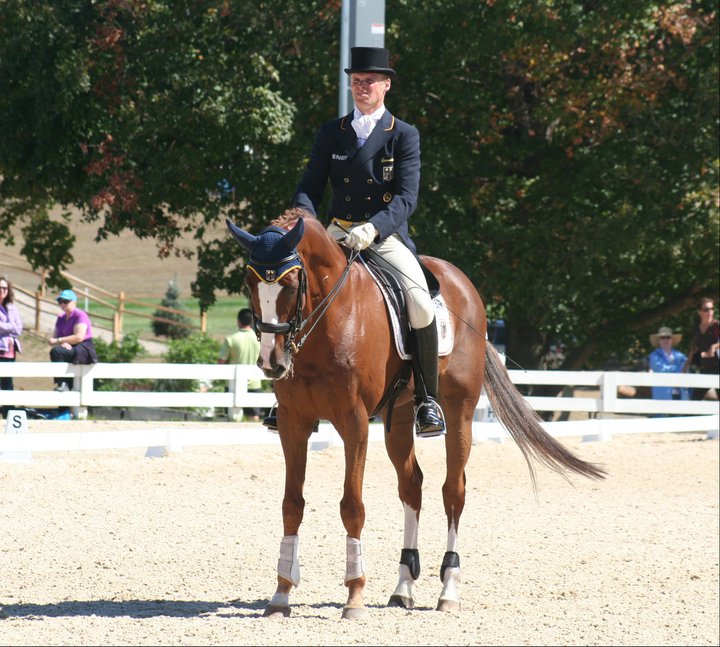 Frank Ostholt and Little Paint (so not a German name for a horse), this pair were back in 2011 after a break of over 2 1/2 years, with dressage as low as 34, this pair are one to watch although they are still yet to debut for the 2012 season, they haven’t competed at FEI level since August, Frank was not entered at Badminton, given the horse’s long break and some soundness issues, until they pop back up on the radar it is hard to tell. Maybe.

Dirk Schrade has two horses on the list, the first is King Artus. This pair have only one four star under their belt, Pau in 2009 which they won adding just 1.8 pens to their dressage score, they had a good season in 2011 with all top 10 finishes although only two CCI3* the rest were CIC 2 and 3. This pair looks like real action and I would take them on my German team. They were set to run at Badminton.

Dirk’s other ride is Hop and Skip, this horse was acquired for Dirk last year when he took over the ride from Kenki Sato of Japan. This horse is a little greener than King Artus and I would take the more experienced horse at this stage.

Peter Thomsen has two mounts on the list, the first is Horseware’s Barny, this 10 year old gelding is still a little green with only a year of 3* competition under its belt and yet to attempt a four star. XC time is an issue but this pair is promising, perhaps a combination to watch out for in Normandy but at this stage I don’t think real contenders for London.

Peter’s second mount is Horseware’s Parko (no guesses on who his number one sponsor is), this 12 year old gelding has two four star events under its belt with commendable 16th and 10th results. This pair are regular features in the top ten, although they are yet to pop up on the radar for 2012 with their last recorded FEI event in October a sixth place at Boekelo. Definitely a maybe.

The second last rider on the list is Anna Warnecke with Twinkle Bee who has an impressive eight 4* starts since 2008 and was on the starting list for Badminton. The early part of their four star career is not so flashy with only one finish from their first four starts. However in the 2010 and 11 seasons they have a 11th & 9th at Burghley, 43rd at Badminton and 15th at Luhmuhlen. I have no doubt Anna wanted to do Badminton to shake off her hoodoo and prove to selectors she is worthy. I expect a good showing somewhere and for this pair to make the German team.

Benjamin Winters is the last rider on the list with Wild Thing Z, Benjamin is a young rising star for the German team, he and wild thing have made the jump to three star in 2010 and are still building up experience with some impressive results including 13th at the European champs last year. This pair is yet to contest four star and I believe there is sufficient depth in the German team not to rush this pair to London. In Normandy, they will be real contenders.

So I guess I need to pick my German team. Lets start with the easy ones;

That’s my team with the information I have available today, there are always but’s, for instance if Ingrid Klimke and FRH Butts Abraxxas were on the radar more recently than August last year I would probably pick them. Peter Thomsen and Horseware’s Parko are banging on the door and could be on the team too. Fitness is always a question but there you have it my German team, fire away.