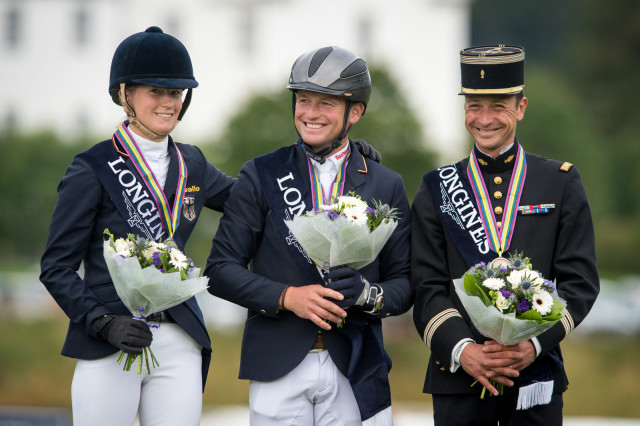 After an agonising summer of trying to guess teams and pestering chef d’equipes for intel, I’m somewhat baffled to find that the European Championships are actually upon us. Of course, I’m stuck on a train somewhere between Munich and Paris, frantically searching for 3G so that I can stay up-to-date (and watch Game of Thrones, obviously).

This is because I — Tilly of House Berendt, the First of my Name, the Often Sunburnt, Queen of Rubbish Timing and Diary Conflicts, Khaleesi of the Great Internet Auction, Breaker of Peugeot 106s, and Mother Hen of Irish Nags in Need, bend the knee, please and thank you, if it’s not too much trouble, that’s very kind of you, sorry — managed to book a holiday without ever once considering that there might be something important going on in the middle of August. Basically, I’m an idiot.

The interesting thing about being stuck on said train full of unhappy Germans (other than the fact that you just KNOW all of them wear Speedos at public pools) is that while I’m verging on borderline ridiculous levels of Euros mania, the non-horsey set seems to be able to function at a level of relative calm. Weird. It’s made me consider — admittedly not for the first time — whether us eventing lot are actually the abnormal ones. If you’re concerned that you, too, may have contracted Euros Madness, watch out for these signs …

1. You will feel a great level of stress.

My Bavarian (and entirely unhorsey) grandfather summed it up best when he saw a picture of me going cross-country. He took my phone from my hand, gazed in resigned horror at the screen, and then put it down and looked at me.

“I haff de angst,” he told me, solemnly. In this moment, I related to my grandfather perhaps more than I ever have (and reconsidered ever getting on a horse again). Yes! I, too, haff de angst! Thank you for putting into words what I could not. Excuse me while I go rewatch Michi Jung at Blair and have a tactical cry.

2. You will have delusions of dressage grandeur.

If you watch the same dressage test over and over again for two days straight, sooner or later you begin to lose your grip on reality and think that actually, it all looks rather easy. How on earth anyone can manage to get a 4 for their canter work is totally beyond you. You decide to head straight to the yard to ride the test yourself, convinced that maybe, actually, the hopes of the nation rest on the shoulders of an unlikely outside chance: you.

All bets are off when you remember that your horse only offers up a left lead change on alternate Sundays and the last time you half-passed it was because the next-door neighbours had put their wheelie bin in a slightly different spot, sending you into (fancy!) orbit.

3. You will suddenly become a course expert.

When the official course photos hit the internet, the Madness starts to become apparent to our friends and family.

“Hmm,” we say, one eyebrow raised, gazing at a picture of a wide brush fence. “Hmm.” We wait for someone, overcome with curiosity and in need of our infallible wisdom, to ask what has elicited such a persistent ‘hmm.’ When absolutely no one asks, we tell them anyway.

“Interesting choice of striding there — think we’ll see that related distance catch a fair few of the less experienced combinations out,” we tell our friends, who are reconsidering this friendship on a daily basis. “They’ll have to commit to a line and a stride length early on or they’re setting themselves up for a stop [dramatic pause] or worse.” You chuckle. “He’s a tricky old bugger, that Rudy — it’s just SO typical of him!”

Translation: You once overheard Harry Meade say something similar on a coursewalk and if he earned royalties for every time you’ve reused it, he’d be a very rich man. Even just the thought of jumping this fence puts you in dire need of some quality time with the nearest porta-loo. Who’s Rudy?

4. You will learn a new language.

Being multilingual is a valuable skill, and one that can beef up your resume, make you more employable, and enhance your travel experiences.

Being able to navigate a Polish horse trials website and discovering that the word for ‘counter-canter’ and ‘enemy’ are actually one and the same will probably lend less to your life. Other than, perhaps, a deep sense of kinsmanship with Polish dressage riders.

5. You will become more culturally aware.

Opening ceremonies offer the chance to learn more about the rich cultural history of the host country. The Beijing Olympics had Dunhuang fairies and Terracotta soldiers, the Normandy WEG had the military stylings of the Cadre Noir, London had the Queen parachuting out of a helicopter … see? Rich culture.

Strzegom’s memorable opening ceremony had contextually baffling videos of various insects, an anonymous smiling baby and his equally anonymous stock-footage mother, and the dulcet tones of Radiohead, as a flickering image of the world, emblazoned with the words ‘everything in its right place’ closed the curtain on proceedings. Chilling, but still cultural … I think.

6. You will suddenly feel a fierce patriotism, even if your home nation isn’t competing.

So what if the States can’t field a team at the Euros? If your great-grandfather’s cousin had a friend who went to Ireland once, that’s as much of a claim as you need to call yourself Irish this week and go a bit silly every time Austin O’Connor toddles into view.

7. You will suddenly take a keen interest in mathematics

Or, at least, statistics. Inspired by the stats chaps at EquiRatings, you’ll find yourself scouring FEI records and crunching numbers, trying to work out who will win the gold. When you triumphantly declare that Norway’s Heidi Larsen has an average dressage score of 18.6, and is thus the sure winner, you’ll swiftly remember that you never got above a C in high school math. Best leave it to the pros.

8. You will be appallingly bad at your job

It’s one thing if a major event is being held in (relative) proximity to you, so you can book a bit of holiday time and go spend your time in a field with fellow sufferers of the Madness. It’s quite another when it’s being held in a bit of Europe that I’m not entirely sure is actually serviced by planes.

The beauty of eventing in the modern age is that most competitions can be live-streamed, often in a neat little pop-out window that can be tactically hidden behind a spreadsheet. You will fool approximately none of your colleagues and employers with this method, particularly when you forget yourself and shout “leg! More leg! USE YOUR LEGS, DAMNIT!” at your spreadsheet.

This brings us to the next symptom, in which …

9. You will meet the spinning wheel of doom

It is a truth universally acknowledged that a man (or woman) in possession of an FEI TV account must also be in want of a fast broadband connection, an unearthly amount of patience, and almost certainly a stiff drink.

10. You’ll find yourself already planning for the next one

With all the lead-up and the many months of anticipation, it can feel as though a championship event is over in the blink of an eye. But here’s a little tipple to soothe your impending eventing hangover: We’re only two weeks away from the first horse heading down the centreline at the Land Rover Burghley Horse Trials …

Whether you’re watching from afar or you’ve made the journey to Strzegom, if you’ve been struck down by the Madness, you’re in great company. Go Europeans, and Go Eventing!