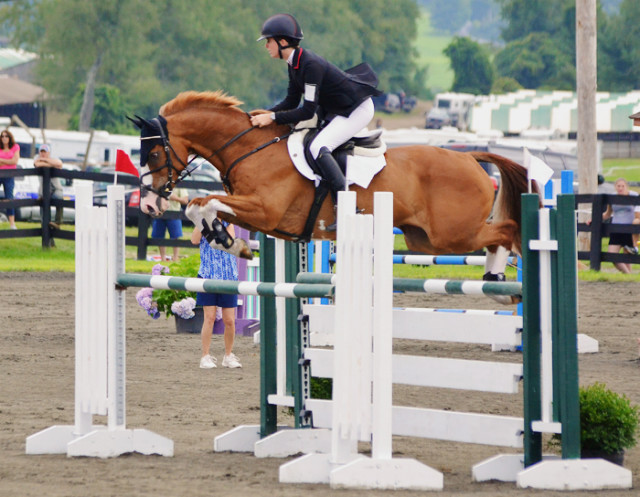 Show jumping proved to be quite the influencer for the Nations Cup competitors at the Houghton Hall CICO3* today, with Bettina Hoy remaining steady at the top of the board to break a tie with New Zealand’s Jesse Campbell for the sole lead going into tomorrow’s cross country.

Bettina and Seigneur Medicott, an 11-year-old Westphalian gelding coming hot off of back-to-back wins at Chatsworth and Blenheim, jumped one of the seven fault-free rounds in the top 10 to sit on a score of 35.3 — the sole score remaining in the 30s — overnight.

Breaking up the German party at the top of the individual leaderboard is Great Britain’s Pippa Funnell with Sandman 7, who will take third place, moving up from seventh on the wings of a double clear jump round today for a score of 41.3 to really put the pressure on the leaders for fast rounds tomorrow.

Team Germany is sitting pretty for the Nations Cup board, also holding fourth place with Andreas Ostholt and So Is Et on a score of 42.2 with four penalties added today. 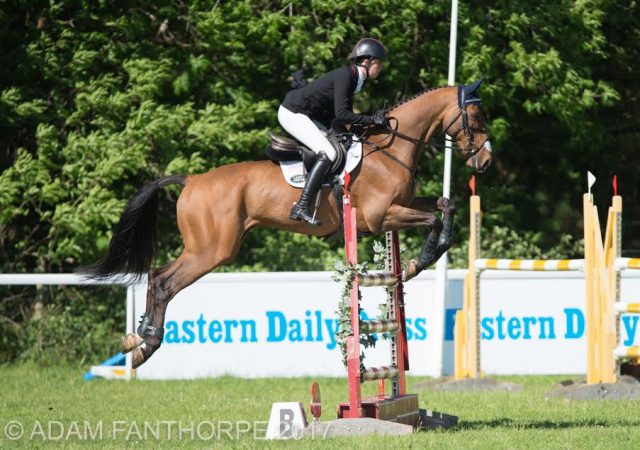 Caroline Martin is the top U.S. rider following show jumping, sitting in 13th place with four penalties added with Pebbly Maximus. These two hold a two-phase score of 47.1, just under 12 penalties off from the leaders, heading into cross country. This horse has a pretty solid cross country record, so tomorrow should be a fun challenge for this pair.

Hannah Sue Burnett made us proud this morning with a smashing dressage test, scoring a personal best 37.2 with Harbour Pilot to slide into early third place. The pair subsequently picked up 12 penalties in the show jumping to drop them into 20th on a 49.2, but rest assured that Hannah will be determined to lay down the cross country run that we all know she and “William” are more than capable of tomorrow following a re-route from an early retirement at Badminton earlier this month. Go get ’em, girl! 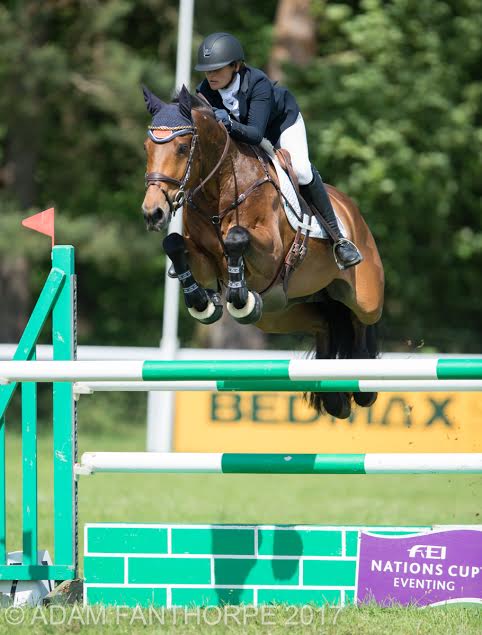 Looking to the remainder of the U.S. contingent, Katherine Coleman and Longwood, the third U.S. Nations Cup team member, picked up four penalties today to sit on a score of 57.5 and 46th overall overnight. Caroline Martin and her Nations Cup ride, The Apprentice, picked up six penalties to drop them into 37th.

Cross country will begin at 11 a.m. local time / 4 a.m. EST — the order of go can be found here. You can preview the cross country that the CICO3* riders will be tackling here. Unfortunately there is no live stream, but keep checking back for the latest throughout the day tomorrow. 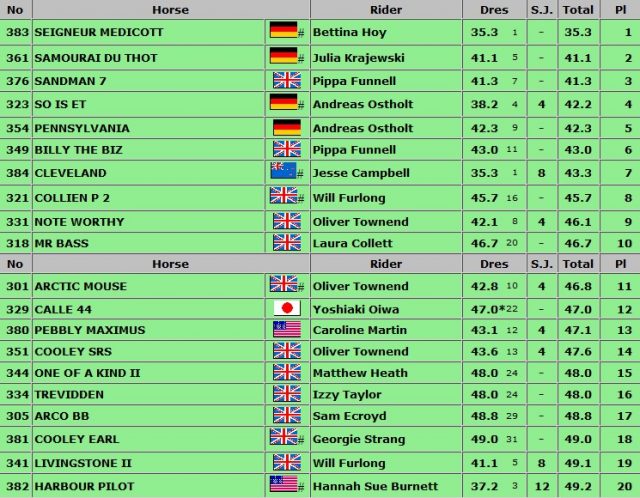 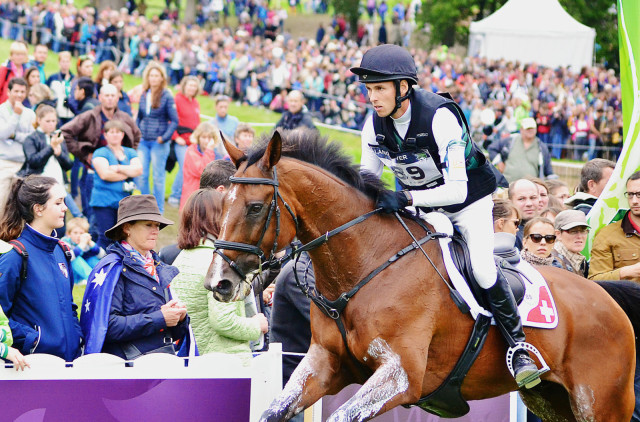 Shockingly enough, it is not Michael Jung atop the CCI3* leaderboard following cross country at Saumur today. Rather, it is Swiss rider Felix Vogg and Onfire who moved up from fourth place to take the lead thanks to one of just two fault-free runs in the division out of 24 remaining pairs.

Onfire is a 15-year-old gelding with which Felix has been partnered for throughout his entire FEI career. This pair represented Switzerland in Rio last summer and are coming off of a top 10 finish in the CIC3* at Marbach earlier this month. Onfire has a bit of a spotty record in the show jumping, so tomorrow will be an exciting finish considering that Felix’s score of 41.7 is not enough to have a rail in hand over Michael Jung.

In Lennox 364’s first CCI3*, Michael Jung piloted him home with just 8.4 time penalties to slot into second place on a two day score of 42.9. This is the horse that Michael has tapped as his mount for European Championships, so big expectations rest on this up and coming talent.

This year's European champion? "L'extraterrestre" Michi Jung & Lennox at the last @saumurcheval but they lose their lead on time-faults! pic.twitter.com/HJiHN2xB4X

Mark Todd and Kiltubrid Rhapsody will retain their third placed position following cross country, adding 5.2 time for a score of 45.1. Less than a rail currently separates the top three, so we’re anticipating quite the show down between the heavy hitters tomorrow for the show jumping finale.

Show jumping begins at 4:00 p.m. local / 10 a.m. EST and you can follow the live stream on the Saumur homepage here. 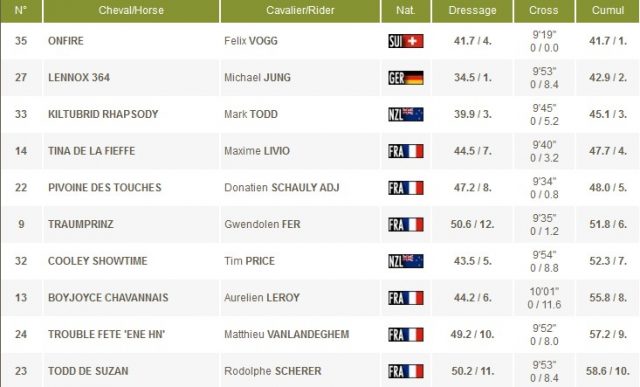