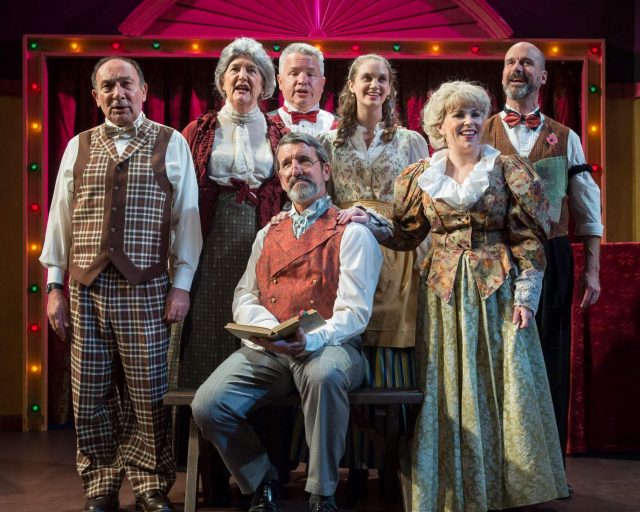 Brian O’Connor, center, and the cast of Christmas at the Old Bull & Bush. Photo by Chris Banks/Metro Stage.

If you event in Area II, you hear Brian O’Connor announce at horse trials all throughout the mid-Atlantic region and beyond. Eventers in the area are in for a real treat over the holiday season, as Brian has returned to his acting roots as a cast member of Christmas at the Old Bull & Bush following a nearly two-decade hiatus from the stage.

Playing through Christmas Eve at Metro Stage in Alexandria, Virginia, Christmas at the Old Bull & Bush transports the audience to 1912, when the Old Bull and Bush Public House in London is alive with British music hall songs and Christmas carols.

While he ultimately pursued a career in announcing, Brian’s background is in theater. The eventing season keeps him too busy to be involved in the theater scene year-round, but Christmas aligns perfectly with the offseason.

“I had been working with another theater group, the Providence Players, during the Christmas slot for the last few years as a director, and also doing scenic design and artistic design,” Brian said. “Since we finish the eventing season in November and don’t pick up until January or February, it works well with the schedule.” 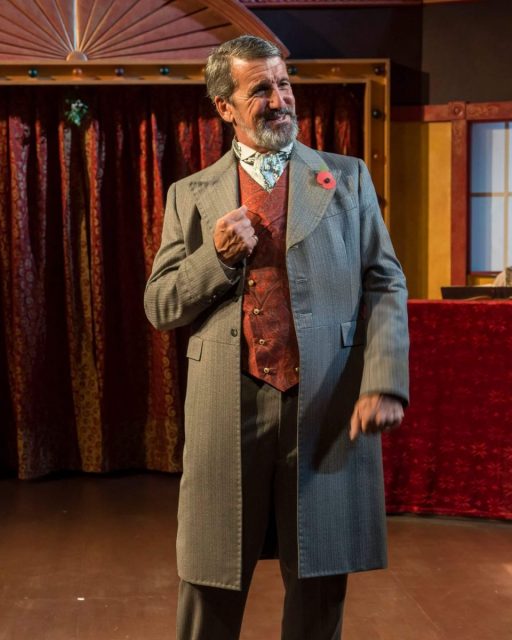 This is the first time in nearly two decades Brian has taken the stage as in an acting role, and his portrayal of the Chairman in Christmas at the Old Bull & Bush has been hailed as “dashing” in local theater reviews.

Like Brian, the play is also returning to the stage after a lengthy hiatus, as Christmas at the Old Bull & Bush previously played as a holiday staple at nearby Arena Stage 15 years ago. The play transforms the Metro Stage theater lobby into an authentic pub, and the play centers around famous music hall star Florrie Forde and her troupe of British performers celebrating the holidays.

“It’s such a fun show and the perfect thing to see around the holidays,” Brian said. “With so many eventers located in Area II, we hope everyone will bring their family and friends to come out and see the show. It feels like being in a British pub at Christmas.”

The show is expected to be packed on weekends, so Brian recommends seeing the show on Wednesday and Thursday evenings. Show times are 8 p.m. Wednesday, Thursday and Friday; 3 and 8 p.m. on Saturdays; and 3 and 7 p.m. on Sundays. For tickets, call the Metro Stage box office at 703- 548-9044, or purchase them online.

[Christmas at the Old Bull & Bush]