We already showed you a video of eventers holding their own at Hunt Night at Devon, but we’re so darn proud that we’re back to show you another team of eventers who competed this past weekend. This team of eventers — all of whom rode Thoroughbreds — placed second out of the 20 teams that competed on Hunt Night. EN reader Bryce Weber sent in a video and photos of the performance. Go Hunt Night, and go Thoroughbreds!

This week is a HUGE week for the Devon Show Series, and all of us here in PA (and even out of state) are SUPER excited for the festivities to come! This past Saturday at Devon, the hunt teams competed, including fellow barn members of mine Casey McKissock (my AWESOME trainer), Tara Masterson (a great friend of mine), and Kevin Emes (a fellow eventing friend of Tara’s). Our whole barn was so ecstatic when we had found out the fantastic news that they had placed 2nd out of 20 whole teams. They rocked the show ring and impressed many people with their talent of being eventers and ALL riding Thoroughbreds.

Thoroughbreds in my opinion (and many others) are the GREATEST horses! They are always there for you, brave, and never willing to give up (most of the time)! Casey rode her fantastic horse Special Blend (AJA Leo and/or Pighead), who nearly took her to Rolex until a tragic injury devastated their great team. Leo trained to race, but never started. She is an AMAZING eventer who really helps me through my riding career and is always making me go a step further to improve. Tara Masterson rode her reliable Thoroughbred Kolohe, who was an ex-steeplechaser who eventually made it as a successful jumper. She is a great person and rider and is continuing to excel with her other horse Quasar.

A great eventing friend of Tara’s, Kevin Emes, rode Shiver me Timbers (AKA Jake, a 14 year old) who comes from lots of hardships.  Jake was rescued from a kill pen in New Holland, PA and is now a fantastic Intermediate horse for Kevin! It just shows you that Thoroughbreds are always looking to please and very versatile and are in my opinion the BEST horses for the sport of eventing.  Devon was such an incredible experience for each one of these eventers, and they are looking forward to doing it again in the near future. 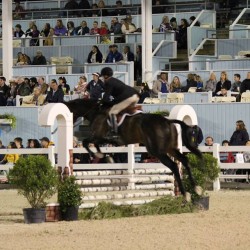 Kevin Emes and Shiver Me Timbers 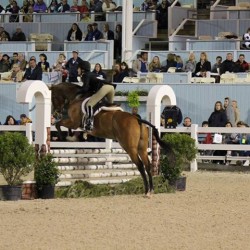 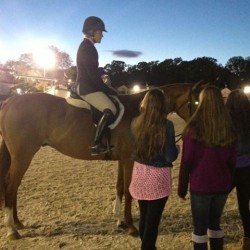