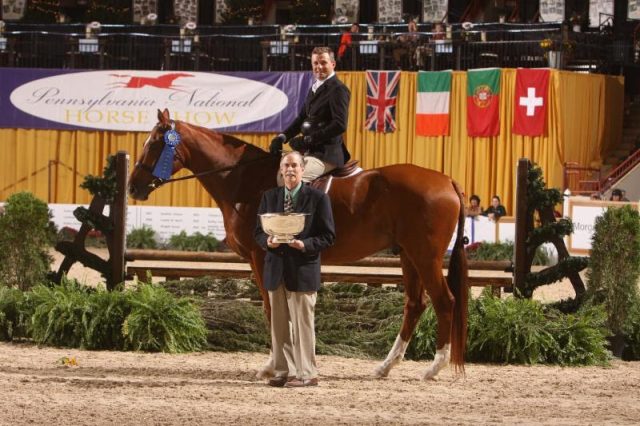 Boyd Martin and Right On Que, winners of the Gentlemen’s Hunter Under Saddle class. Photo by Al Cook (www.alcookphoto.com).

The versatility of eventers was on display yesterday during the Pennsylvania National Horse Show‘s Hunt Night, when a handful of our own showed up and helped Mr. Stewart’s Cheshire Foxhounds to the championship.

Boyd Martin, who moonlights with the Cheshire in the off-season, won the Gentlemen’s Hunter Under Saddle class. Fresh off a 3rd place finish in the Fair Hill International CCI3*, Boyd drove up to Coatesville, Pa., the following day to compete upon the suggestion of one of a fellow hunt member.

“In November and December I pretend to be a foxhunter with the Cheshire and somehow I got roped into competing in the Hack,” Boyd says. “I had no idea what it involved, but it was brilliant! I’ve never been to anything like this before. I got lent a horse and had a bit of training in the collecting ring and went in there and had a crack at the class. It was great fun.”

It was a nice and fun surprise to see Boyd Martin representing Mr. Stewart’s Cheshire Foxhounds in the Gentlemen’s Hunter Under Saddle class last night at the Pennsylvania National Horse Show!

Posted by EQSportsNet on Tuesday, October 17, 2017

His catch ride was Right On Que, owned by Cheshire member Tanya Emslie of Unionville. The horse also won the Ladies’ Hunter Under Saddle title with Emslie in the saddle.

“It’s very exciting. I am so proud of my horse,” Tanya says. “It’s a great honor because there are so many beautiful horses and great riders. It’s so amazing to win and to have an Olympian ride your horse is pretty phenomenal. I am overwhelmed.” 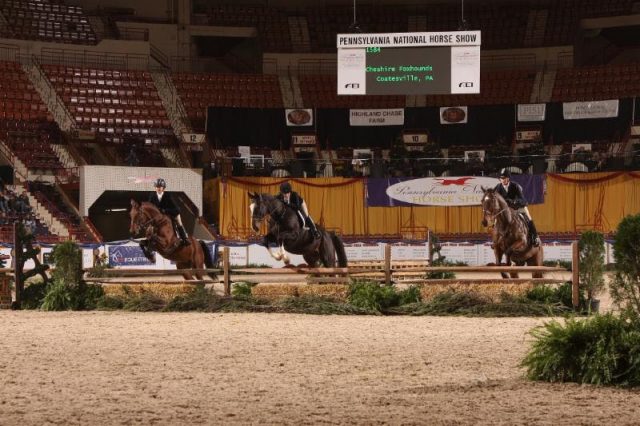 The highlight of Hunt Night is the Hunt Team competition. The three riders in each team ride over a series of fences, one behind the next, mimicking a hunt. The grand final is the final obstacle, which is jumped in unison.

Erika also placed 5th out of 34 riders in the 35 & Under jumping class, riding her Intermediate mare No Doubt DSF. She called it a “crazy fun night.” 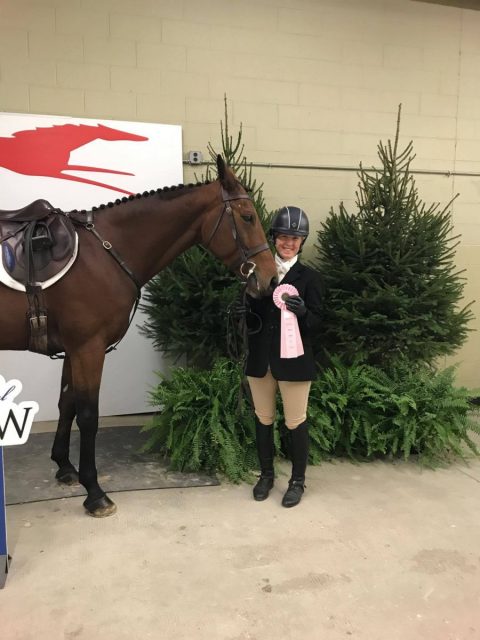 Other eventers representing the Cheshire: Cindy Buchanan, winner of the Prelim Amateur division at the 2017 AECs. She and The Lone Spy placed 3rd in the 36 & Over Field Hunter. Daughters Maggie and Audrey, who also event, placed 3rd and 4th in the 35 & Under class, and the three Buchanans finished 8th in the Hunt Team competition. 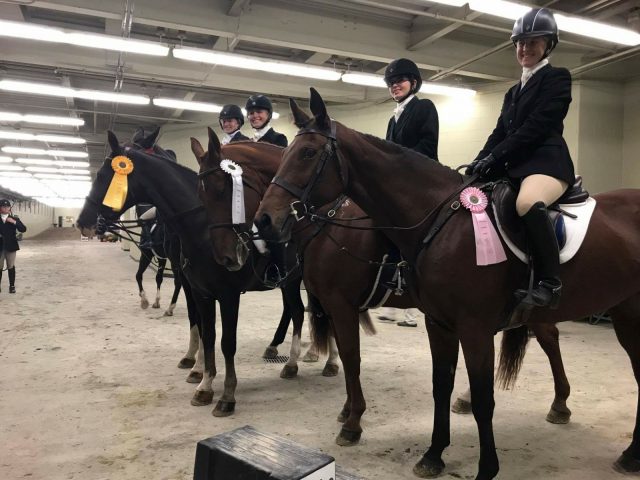