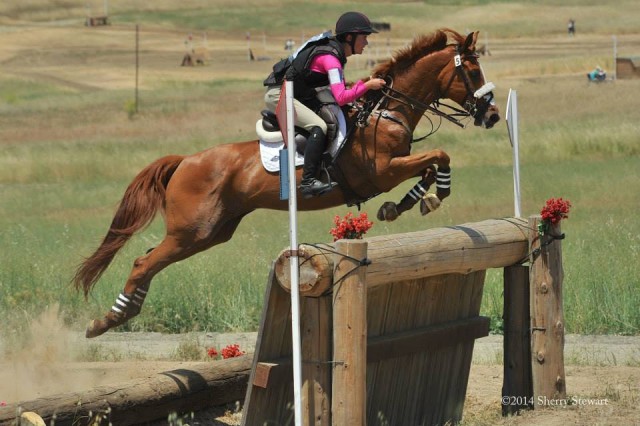 Kimmy Steinbuch and Pikture This. Photo by Sherry Stewart.

When a rider works with a horse for many years through ups and downs, their hard work makes their accomplishments all the more rewarding. Such is the case with California’s Kimmy Steinbuch and her Hanoverian/Throughbred cross, Pikture This.

“We know each other almost a little too well,” Kimmy said of her chestnut partner in crime, better known as “Pik.” Kimmy originally met him as a gangly 2-year-old owned by Ruth Bley. After working with Pik and watching him grow for two years, she bought the gelding from Ruth. Eleven years later, they are a tight-knit team that’s tackled many challenges together with enthusiasm and grit.

“I took him everywhere with me! From trail riding with friends, to sorting and roping cows and chasing barrels, which he was quite good at, we have been through it all together,” Kimmy recalled fondly.

Kimmy fell in love with the adrenaline rush of cross country as a teenager, and her experiences with Pik have no doubt helped them with the versatility and fierce endurance required for eventing. Despite having been bitten by the eventing bug, she did not lose her taste for a variety of equestrian sports, competing in equitation on the flat for the NCAA Fresno State Equestrian Team from 2008 to2012.

Fresno State’s website notes that Kimmy “came as a walk-on to the team and immediately made an impact,” earning the team’s highest competition score during her sophomore year and picking up three wins and two MVP honors as a senior. 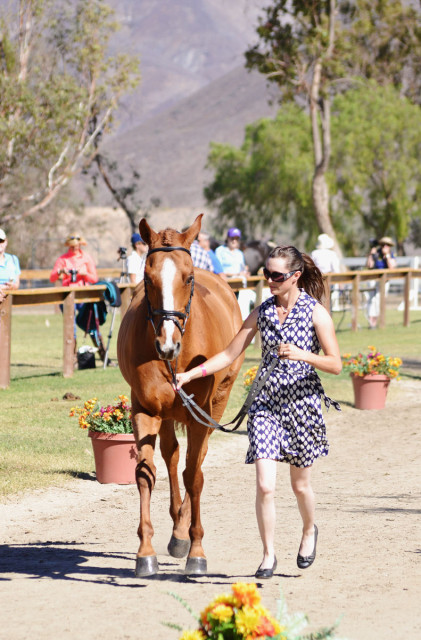 Kimmy Steinbuch and Pikture This. Photo by Jenni Autry.

When it comes to eventing, Kimmy and Pik have climbed the levels in the last nine years at West Coast events, including placing first on their dressage score of 27.8 at Shepherd Ranch Horse Trials in August.

She and Pik also successfully completed their first CIC3* in September. “After a rocky start at the Advanced level, I was so happy to finally have a solid round on the cross country at Copper Meadows,” she said.

While Pik is generally a very easy-going horse, Kimmy said that she’s had to incorporate different strategies into his warm-ups as they began to contest the upper levels. To help Pik stay quiet before cross country, “we have begun jumping him several hours before showing and simply having a short warm-up right before heading out of the box,” Kimmy explained.

Keeping Pik’s confidence up during stadium jumping can be a challenge, “especially now that the jumps are almost as big as him,” she added.

“Having a fit horse has created a few problems in the dressage, but I’m lucky that Pik always tries to keep his composure,” she said. “At shows, he can be a bit of a sensitive guy … His Throughbred side really comes out, but we have been working on controlling his ‘inner dragon,’ and I think we are on the right page!” 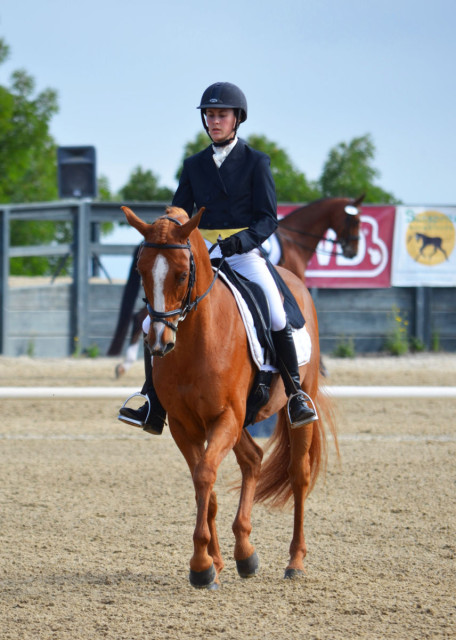 Kimmy was at the 2014 USEA Annual Convention in Fort Worth, Texas, when she got the news that she and Pik were named to the Eventing 25 list for the second year in a row.

“I was so excited!” she said. “I was slightly nervous about whether I was going to make the list again this year … I was bouncing by the time I found my husband and told him the news!“

Kimmy said, “I learned so many things last year (with coach David O’Connor) that have helped me on every horse I ride, not only Pik. I used to be a very timid and stiff rider, especially on the flat. David worked with me to relax and ride every step at all times. I must learn to ride at my level, not below, always. I am so eager to ride with Coach Leslie Law, and I hope he continues to push me to ride up to the highest level I can. I can’t wait to see what Coach Law has in store for us!”

Kimmy’s enthusiasm has extended to her other riding projects as well. Her husband and fellow Advanced rider John Michael Durr owns Blaze, a bay Oldenburg gelding that Kimmy is currently competing at Preliminary level. Additionally, Ruth Bley recently purchased the two-star horse Spartacus d’l’Herbage from a recent trip to France with Yves Sauvignon; Kimmy is looking forward to competing with him as well in 2015.

In addition to participating in the Eventing 25 program for her second year in a row, Kimmy’s short-term goals include “gaining as much experience at the two and three-star levels as possible.”

We wish Kimmy and Pik the best of luck as they look to accomplish that in their 2015 season! Go Eventing.