Thanks to one vacationing EN reader, Eventing Nation is represented on the lava flows of Hawaii. 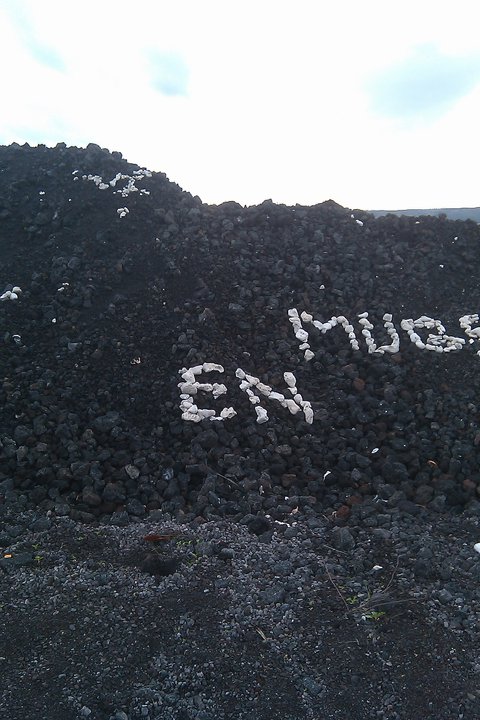 “Even on vacation in Kona, Hawaii I have to get my EN fix, so I have been checking your site daily while lounging by the pool and on the black sand beach.  One cool thing about the big island of Hawaii is that it still has active lava flows.  The lava on our side of the island is less than 200 years old, so as you drive along the roads there are sections which look like photos of Mars covered in craggy black-brown rock.  Along the barren roadsides are messages spelled out in bits of white dead coral collected on the beaches, most are messages of love, dates, names, occassionally a few funny ones.  So my hubby helped me write out our own message in coral, Eventing Nation is representing on the Big Island.”