We are excited to welcome Amy Nelson as an EN guest blogger! Look for more of her “Eventing Shorts” series in the future on Blogger’s Row. 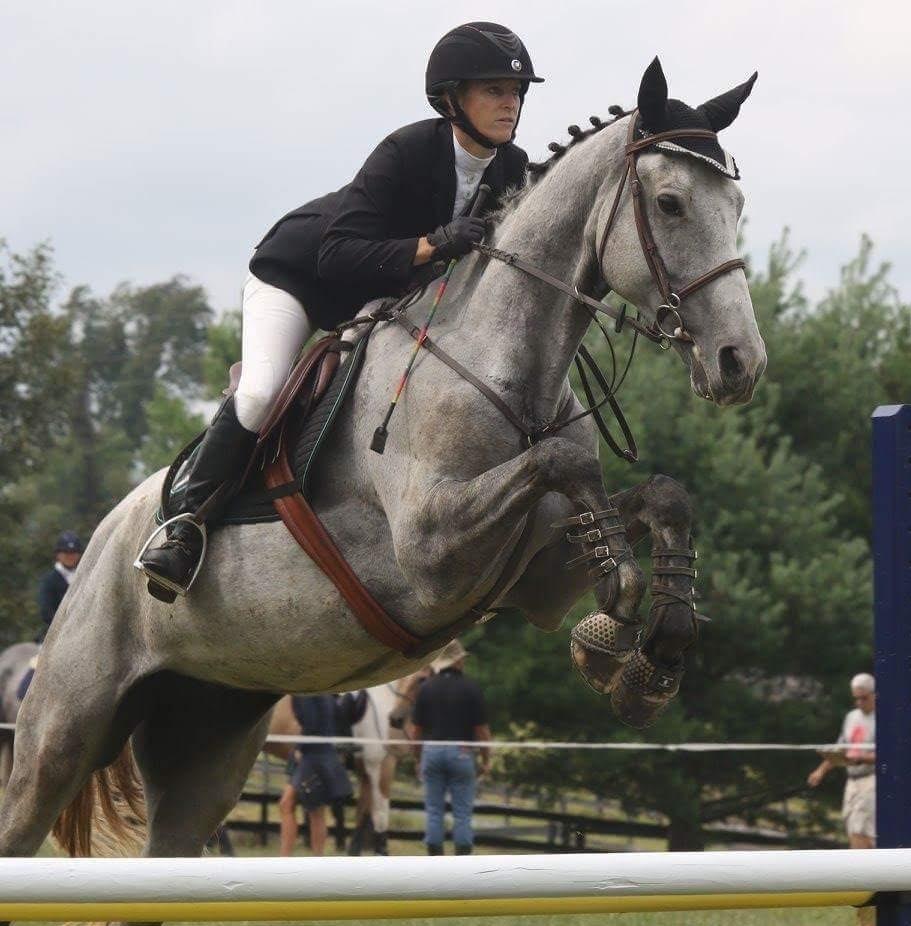 All too often I see a combination of a fearful horse and a fearful rider. Why? Why is this such a common occurrence? I’m pretty sure a nervous rider doesn’t go out and look for the spookiest, flightiest horse. Just as a confident experienced rider does not need to look for a quiet deadhead mount. So why do they tend to end up this way?

Why then is it so much easier for a young rider or a teenager? Because they are still “invincible.” They aren’t necessarily the best riders nor do they have as much experience as we do 25 years later. But they ride around confidently and the horse feels confident because of it.

I remember when I was 20 and had no fear and nothing could hurt me. When I was a teenager and I would ride my bike down the hill in the snow with no hands to visit my friends. Nothing could stop me. Now at 36 when I fall things hurt. I remember and don’t want to fall again. I’m not invincible.

Even though it’s hard to see it at the time, you will both be happier in the long run. Because a fearful horse with a fearful rider will just escalate, only instead of dividing the furniture and fine china, you will wonder why you’re bruised and sad in a sport that is supposed to be fun.

Amy Nelson has been riding hunter/jumpers and eventers for 25 years and is based in Rochester, IL.  She retrains OTTBs, problem horses, and trains eventers at her own show barn, Hummingbird Stables.  She competes with OTTBs in upper level eventing, has qualified for the AECs at many levels, and has competed in the RRP Thoroughbred Makeover.  Her goals are to compete at the one-star level this year, and eventually four-star. You can follow Amy on Facebook here and on Instagram at @amynelsoneventer.