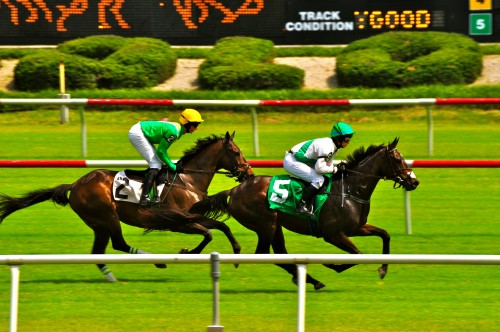 Off to the races! Photo by Kate Samuels

These arrests come shortly after the state senate introduction of a bill to restructure Pennsylvania’s Horse Racing Commission.  The bill, if passed, would increase penalties for drugging and would prohibit track employees from accepting gifts from horse owners and trainers.

It will be interesting to see how big of a ripple effect this has. I find myself wondering if we will see some additional OTTBs come available near Penn National because of this or if the horses may potentially be seized as evidence.