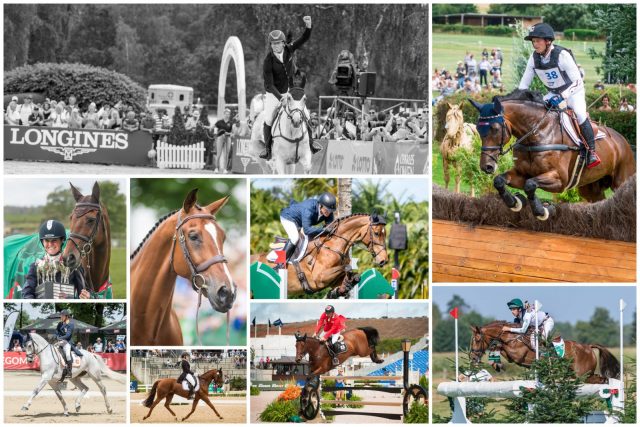 32 horses, almost innumerable memories to propel us through 2020. But who’s your winner? Photos by EN.

Is there anything more soul-destroying than a newsfeed full of cancellations, restrictions, and videos of empty toilet paper aisles? There sure isn’t, friends. But here at Eventing Nation, we like to tackle all of life’s most pressing concerns with a smile on our faces and a (very, very full) glass of wine in our hands, and while we might be feeling the cruel irony of our #GoEventing hashtag right now, we’re determined to spread a bit of joy and gung-ho eventing spirit even while the world’s start boxes are on hiatus.

We’re a competitive bunch, us eventers — why else would we pay exorbitant sums just to spend half a day sprinting between a Portaloo and a hock-deep collecting ring? So to perk us all up, it’s time to dive into a much-loved EN tradition. Welcome to 2020’s iteration of March Madness, the bracket competition that gives us all a chance to voraciously argue for an illustrious victory for our favourite event horses. This year, we’ve got a piping hot selection of steeds on offer for you.

The first round of the bracket is a big one. It sees 32 horses come under public scrutiny. That’s, you know, a WHOLE LOT OF HORSES to consider in one fell swoop, so to make it a bit easier, we’re splitting this first round into two parts. Today, we’re looking at North America and the UK/Ireland, with some seriously heavy hitters stepping up to bat including a Badminton winner, the USEF National Champion and Pan-Ams gold medallist, and one very popular tiny red mare from the Emerald Isle. There’s also a bit of an exciting wildcard in the form of Palm Crescent who, with Megan O’Donoghue, tops the US Olympic rankings after a seriously consistent 2019 season.

But that’s quite enough of our waffling — now, it’s over to you. Take a look at the first round bracket below and get voting — we’ll close the votes on the 20th of March. 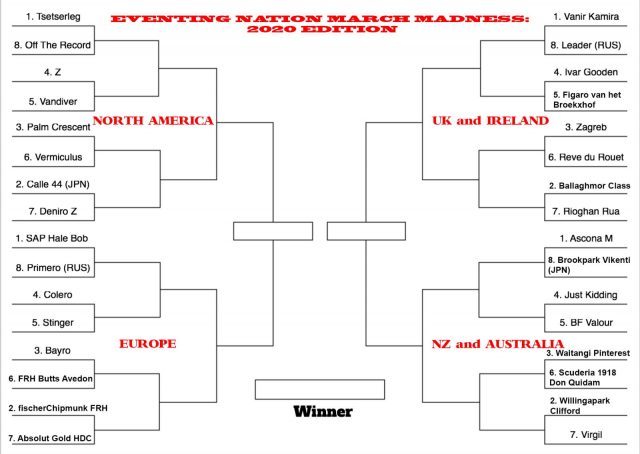