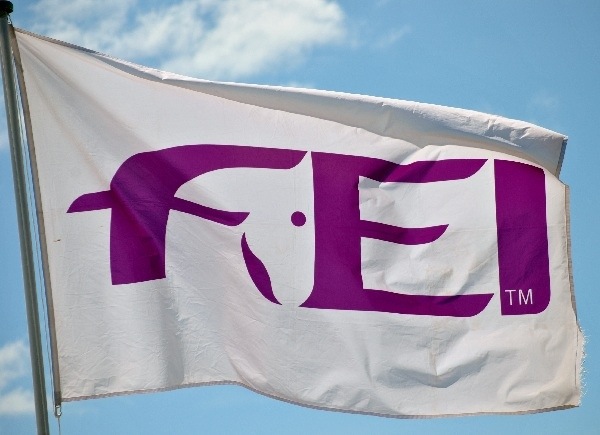 The FEI Eventing Committee has released the proposed eventing rule changes for 2020. The proposed changes will be discussed and voted on at the FEI General Assembly in Moscow, Russia on November 16-19, 2019. All approved rule changes will come into effect on Jan. 1, 2020.

Read on for a detailed summary of FEI proposed rule changes for next year. For ease of reading we have listed all proposed wording changes in bold red for added language or  for deleted language.

Article No. 549.2 Run out – Missing a flag, commonly called “flag rule,” has been controversial in the six months since it went into effect. In an effort to reduce confusion, the FEI has clarified the language regarding missed flags.

The FEI has also confirmed that the Eventing Committee will take into account other suggested wordings and “review the over all concept and reason of the rule.”

a) Clear: A Horse is considered to have cleared the fence when the head, neck and both shoulders of the Horse (to the point of the front of the saddle) pass between the extremities of the element or obstacle as originally flagged and the hindquarters of the horse jump the dimensions of the fence.

b) Missing a flag: A horse is considered to have missed a flag (15 penalties) if part of the Horses head, neck or shoulder (to the point of the front of the saddle) jump outside the extremities of the element or obstacle as originally flagged. The hindquarters must jump the dimensions of the fence.

c) Run-Out: A Horse is considered to have run out (20 penalties) if, having been presented at an element or obstacle on the course, it avoids it in such a way that the head, neck and both shoulders (to the point of the front of the saddle) fail to pass between the extremities of the element or obstacle as originally flagged or the hindquarters have not jumped dimensions of the fence. Continuing on course will incur elimination.

The Eventing Risk Management Steering Group’s recommendation that frangible devices at CCI4*, CCI5* levels and Championships be mandatory on certain fences has been accepted by the Eventing Committee.

Fences include: “all open oxers, verticals or near verticals with open rails, top rail on triple bars and gates where the rail dimensions and weight fit the acceptable parameters of an FEI approved frangible device.” Frangible devices must be FEI-approved.

The proposed rule changes also include updated language regarding penalties for activating a frangible pin as seen in Article No. 548.1 — Faults at Obstacle. Eleven penalties will be applied when a horse and rider activate a frangible device now only “where the dimension of the fence is modified.”

Additionally, pressing a tired horse has been included under dangerous riding. The following would also result in an automatic recorded warning: continuing after three stops or any elimination, not seeing a doctor or veterinarian after a fall, leaving the venue after cross country retirement/elimination without the horse checked by the Veterinary Delegate, and all cases of blood seen on a horse’s mouth or flanks.

Three recorded warnings in two years results in a two-month suspension with a start date decided by the FEI.

You can view the full summary of proposed changes on the FEI website at this link. What do you think of the new proposed FEI rule changes for 2020, EN? Weigh in with your thoughts in the comments below.