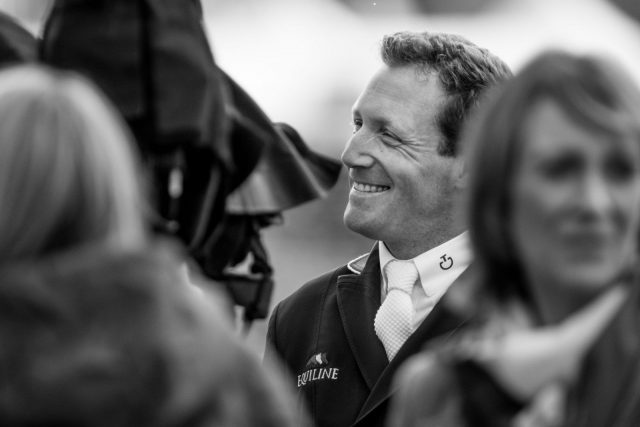 Oliver Townend has held the #1 ranking since September 2019. Photo by Tilly Berendt.

There hasn’t been too much movement on the FEI Eventing World Athlete Rankings leaderboard lately, for obvious reasons — in fact that haven’t budged an inch since the March 1, 2020 update. Since none of us have been frantically refreshing the Rankings page lately, here’s a reminder of where we’re at:

Ordinarily, the rankings are based on the riders’ best six performances over the past 12 months. Rankings roll over for a 12-month period; i.e. at the end of each month, the points earned during that month are added to the list and the points from the same month the previous year are dropped. Only the best six scores from the season count towards the final tally.

How, then, to proceed in the face of so many canceled or postponed events?

On April 1, the FEI Board approved the following mitigation policy for the rankings until the calendar returns to “normal”:

Beginning on April 1, 2020 the period during which Ranking points remain valid will be prolonged by one month and will continue to be prolonged for an additional month with each new Ranking until the competition calendar returns to normal worldwide. Points earned in Ranking competitions at events that take place during this period will continue to count; the maximum number of results that may count for each Athlete remains the unchanged. In practical terms, this means:

A working group will recommend to the FEI Board at what point the competition calendar is deemed to have returned to normal worldwide. As of that date, the rankings will continue to be calculated over the extended time frames above, guaranteeing there will always be at least 12 months of normal competitions included in the calculation of the rankings.

The new system provides a level playing field for all our athletes as ranking points can still be earned in countries where the sport is able to continue, regardless of the length of time the current situation lasts, but athletes in countries where the sport is on hold will not lose points. An athlete’s ranking points can only improve, not decrease during this period, as the relevant number of best results in each discipline still applies.

Twelve months after the competition calendar is deemed to have returned to normal globally, the time frame during which ranking points remain valid will be decreased by one month with each new ranking until the standard 12-month rolling timeframe has been reached.

You can view an archive of FEI Board Resolutions & Calendar Task Force Decisions during the Covid-19 affected period here. Resolutions specific to eventing may be viewed here, and we broke them down for you on EN here.