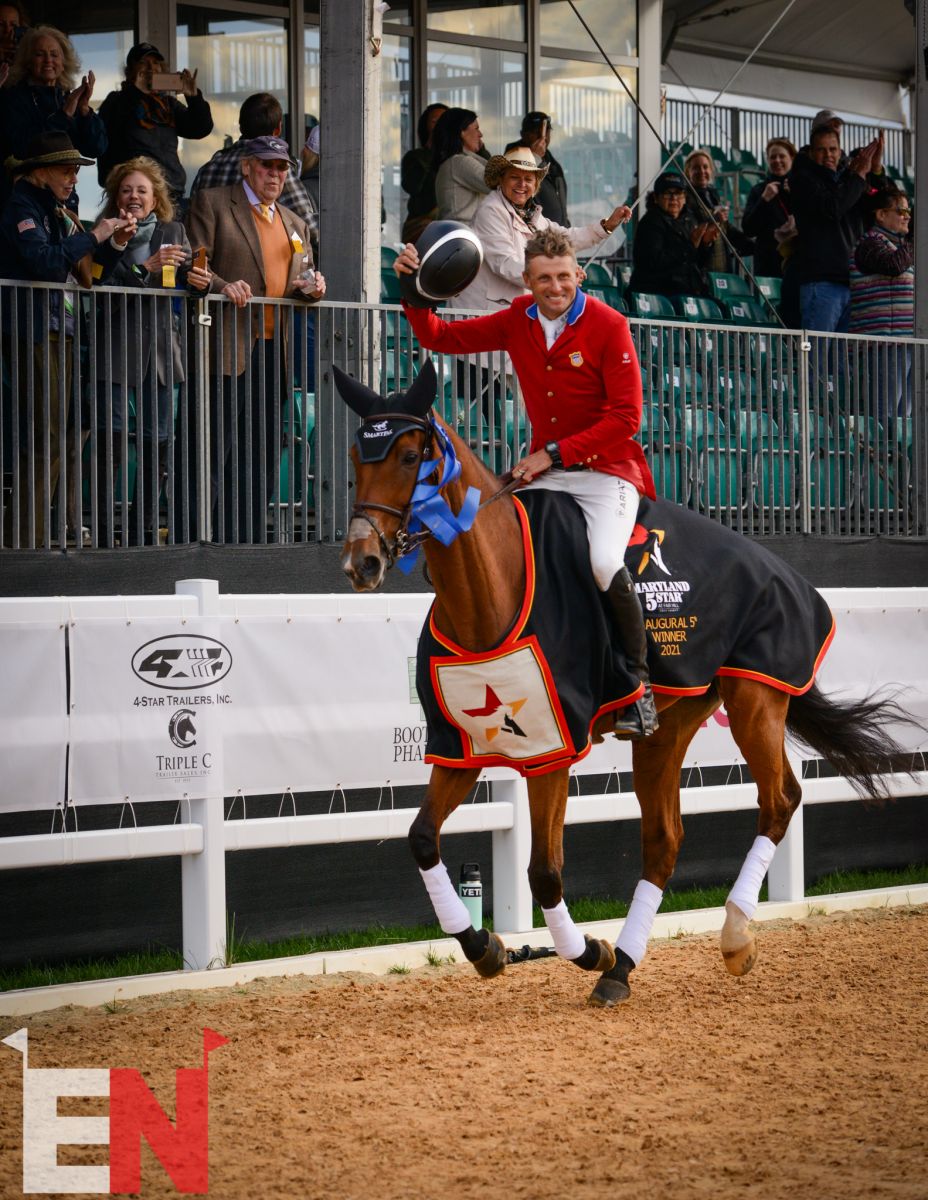 Boyd Martin and On Cue. Photo by Abby Powell.

The deep-threat British continue to dominate the FEI Eventing World Rankings with four of the top 10 and seven of the top 15 spots in the world taken by British riders. It’s no surprise to see Oliver Townend still ranked at the top — his second-place finish at the Maryland 5 Star as well as competitive finishes at Le Lion d’Angers and Pau helped solidify his position as the year winds down with a total of 676 points accumulated.

The FEI rankings are based on the riders’ best six performances over the past 12 months. Rankings roll over for a 12-month period; i.e. at the end of each month, the points earned during that month are added to the list and the points from the same month the previous year are dropped. Only the best six scores from the season count towards the final tally.

Tokyo silver medalist Tom McEwen moves up two spots from #4 to #2, and New Zealand’s Tim Price remains in his #3 spot. Jonelle Price also moves up a bit, from #7 to #5.

Thanks to his big win at the Maryland 5 Star, Boyd Martin also moves up from #9 to #7 to be the sole U.S. rider in the top 10; Lauren Nicholson is the next highest-ranked, moving up to #13 from #19 with 462 points accumulated.