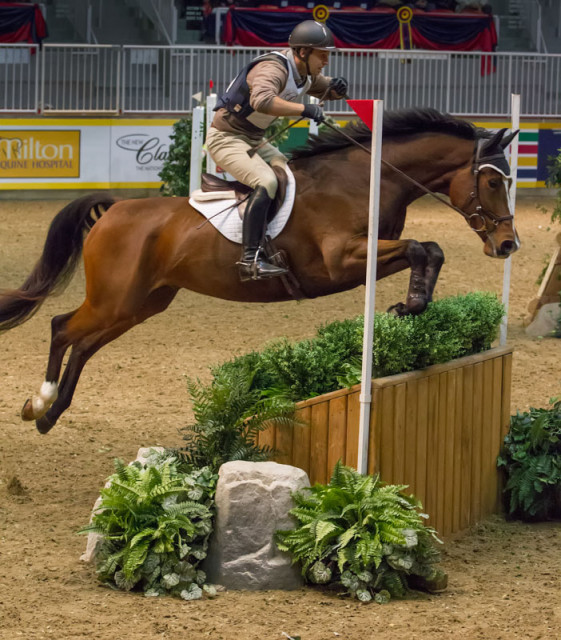 The FEI has made some recommendations based on its Risk Management policies for Indoor and Arena Eventing, which has been growing in popularity in recent years.

The primary recommendation from the FEI is that these competitions should be designated as three-star competitions, meaning that horses and riders would have to meet the same qualification criteria. A three-star course designer would also be used to design the track.

There are also three competition formats that have been proposed for these events:

1. Indoor/Arena Derby: Competitions will be run with a time limit as opposed to a time allowed. This would decrease the risk of falls and errors caused by a rider’s attempt to make the time. Many opinions have been voiced regarding the number of falls at the recent Indoor Eventing Challenge at The Royal, many of which touch on concerns that the time allowed factor caused many of the falls. As another rule of this format, all jumps would be required to have a rail over the top line.

2. Indoor/Arena Eventing with Style Valuation: There would be no time factor at all in this format, and the horses and riders would jump cross country obstacles and points would be assessed based on style. Existing national rules and regulations would be used for judging.

3. Indoor/Arena Eventing in Two Phases: Cross country obstacles would be used in the first phase, with an optimum time designated by the course designer. There would then be a jump-off  of 6-8 fences for the second round, which would include obstacles that draw similarities from cross country jumps but that would be constructed to be able to be knocked down.

The elimination of the speed factor has been a commonly heard request from both riders and observers, and the FEI’s recommendations seem focused on promoting safety over speed.

What are your thoughts on these recommendations, EN? Do you feel they will help attract more riders and make the competitions safer? Do you think Indoor Eventing is just fine the way it is? We want to hear your opinions in the comments!

You can read the latest FEI update containing the Indoor Eventing recommendations by downloading it here.