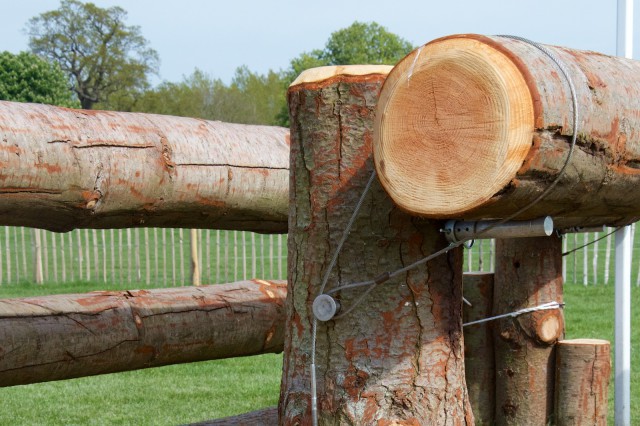 The FEI approved a revision to the controversial 21 penalty rule today following a global movement spearheaded by the International Event Rider’s Association, which urged everyone from riders to grooms in the sport to sign a petition showing their opposition earlier this month.

Activating a frangible device on cross country at an FEI competition will now award 11 penalties instead of 21, and the rule also now clarifies that the ground jury has the discretion to remove the penalties if “unexpected activation occurred through a light tap.”

“The modification is made in the interest of Risk management programme, following meetings with Eventing Riders and 3/4 star Eventing Course designers who expressed concern that the current rules would restrict the use of frangible devices,” the FEI said in a statement.

Each Athlete activating a frangible device will be awarded 11 penalties whenever the activation occurs as expected (i.e. activation by significant pressure exerted by the Horse on the fence).

In the case of unexpected activation (i.e. activation by an insignificant contact), the Ground Jury will be called to evaluate the possible removal of the penalty.

In evaluating the possible removal of the penalty the Ground Juries are not called to investigate if the Horse would have fallen or not or if the contact was with the front or hind legs, but only if an unexpected activation occurred through a light tap. This is the only case where penalties can be removed.

In line with the GRs (Art 159), there will be no Appeal against a decision of the Ground Jury arising from the field of play, where the Decision is based on factual observation of the performance during a competition.

In this case a detailed report explaining the reasons for removing the penalty must be produced by the Course Designer/Technical Delegate and signed by the President of the Ground Jury must be returned to the FEI. (updated 30.03.2015)

Additionally, the rule clarifies that 11 penalties at cross country obstacles will now be accepted to obtain a Minimum Eligibility Requirement (MER) at that level. The 2016 FEI rulebook will be updated accordingly.

This is a big win for the international eventing community and all who opposed the rule from both a horse welfare and safety standpoint. While, yes, penalties can still be awarded, 11 is a more palatable number than 21, and the ground jury now has the power to remove the penalties when a pin breaks unexpectedly.

Many feared the rule could negatively impact the sport in a variety of ways, from seeing fewer frangible devices used in course design to requiring horses to needlessly repeat levels to gain qualifying scores. The chances of these scenarios occurring will hopefully be decreased under the revised rule.

You can read a summary of why ERA International opposed the rule in this post and read why top riders around the world spoke out against it in this post. Thank you to ERA International for leading the charge against the #21penaltyrule and to all those who took the time to sign the petition.

What do you think, EN? Is awarding 11 penalties instead of 21 an effective compromise?