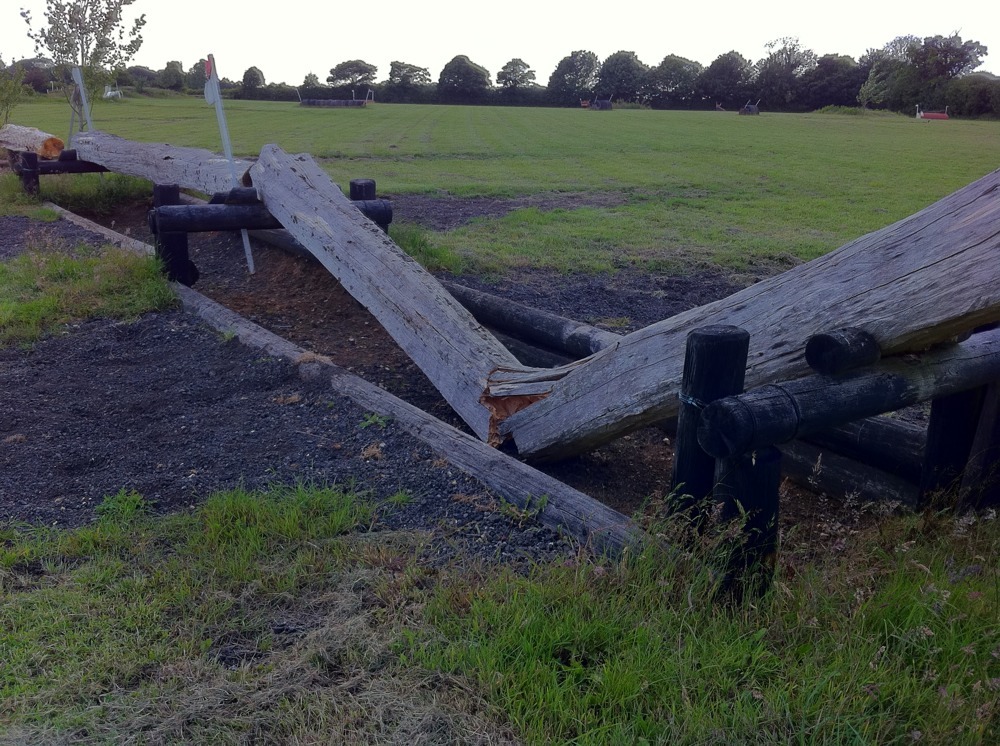 A new era in Eventing has slipped by without fanfare or even a press release, the FEI have finally released a copy of the “Standard for the minimum strength of frangible/deformable cross country fences”, a mouthful I know.

This standard which came into effect on 1 January 2012, yes I know it was released on 22 March 2012, sets out many of the criteria for how a frangible/deformable device should be designed, tested and put into the market place i.e. in a XC course near you.
In true FEI style this document has been written in a manner that isn’t accessible to the average consumer. That said it isn’t aimed at the average consumer but the manufacturers and future manufacturers of frangible devices and in many ways FEI Officials.
However, personally I see two roadblocks that exist.

What does this mean in practice for you as a rider, whether weekend warrior or four star gold medalist?

Well, in theory from now on when you step onto XC and see a frangible device you will know it has been tested to meet the standard and is stamped accordingly. Under the standard each device must be marked with;

In practice until the Register of Products and Instructions are public and available to both rders and officials this standard will mean little.

What does surprise me is they have dropped the idea of a fail strength. Instead they have created a minimum strength, this is based on a specific test with essentially a standardised pendulum strike.
Under this standardised test, the device MUST NOT fail. However the device must fail at levels between 10%-25% above this standardised test. That is no earlier than 10% above the minimum and must fail before 25% and every time over 25% over the standard level.
I think we have a way to go before this all works in a practical sense and I must applaud all those involved for getting this far.
The word around the campfire is not all of the current devices in circulation meet the standard which I believe is one of the reasons for the delay in the publication of the Standard. The coming weeks and months will hopefully provide more clarity.

Yours in Eventing and interesting FEI documents,