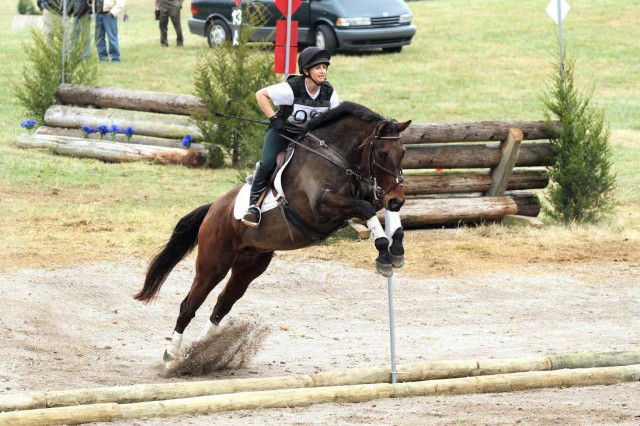 I’ve never had the opportunity to give a horse a “forever home.” When I was 12, my parents generously bought me my first horse, a sorta-broke 3-year-old Arabian named Mishka, but after that I was on my own. When Mishka maxed out some years later at Training Level, the tough decision was on me: Was I content to plateau or did I want to progress to the next level? The latter meant selling Mishka and reinvesting in a horse more suitable for my goals.

When you’re a teenager and your horse is your best friend, it seems like the most unfair question in the world. Horse owners get just as attached — if not more so — to their horses as dog owners do to their dogs. Yet nobody is expected to trade in their dog for a newer model that can chase a ball faster or catch it higher in the air. A dog is your pet for life.

I cried for weeks after selling Mishka despite the fact that he went to a perfect home. He taught two sisters the ropes of eventing and the bliss of winning everything in sight, and was eventually retired to the family’s beautiful farm. From Mishka… 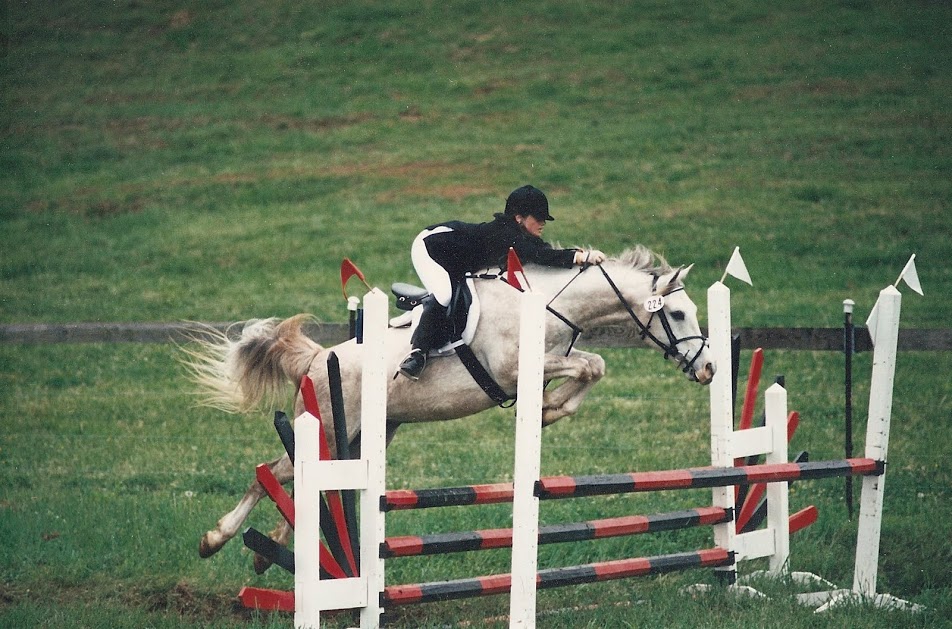 …came a 5-year-old off-track thoroughbred named Rowdy. He had a heart of gold and a generous spirit, and we successfully felt our way up the levels together. The world of eventing opened up to me and I owed it all to him. When he was 13 and in his prime, a big-name jumper trainer I occasionally clinic-ed with thought he would be a perfect fit for a student who was looking to make the move from pony hunters to the jumper ring. They made me an offer I couldn’t refuse and, once again, I found myself heartbroken but confident that I’d made the right decision both for Rowdy and for myself. 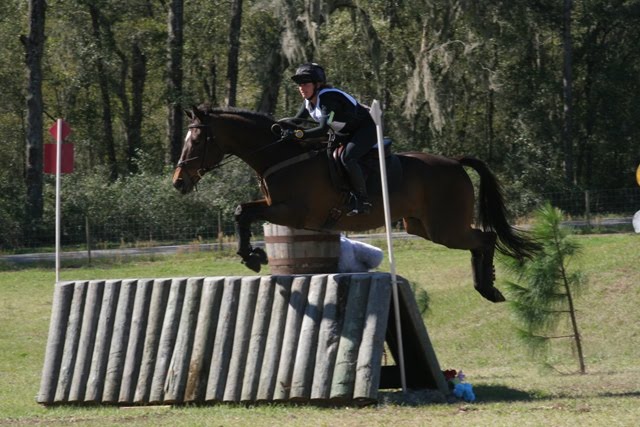 The next string of horses was something of a years-long blur. There was Amadeus, a scopey young Dutch Warmblood; Dan, a diamond-in-the-rough Craigslist OTTB; Esprit, a temperamental Swedish Warmblood; Gallant, a giant Hanoverian with springs on his feet; Surreal, a bonkers but beautiful Argentinean thoroughbred; and Maggie, whom I’ll forever think of as my “heart horse.”

I didn’t want to sell them, especially Maggie, but there wasn’t a choice. Their sales financed the F250 I needed to haul the horses around, paid for opportunities to train and compete, and helped me keep my struggling business afloat. In turn, I got to be the doorway through which each horse eventually passed to their rightful place in the world… 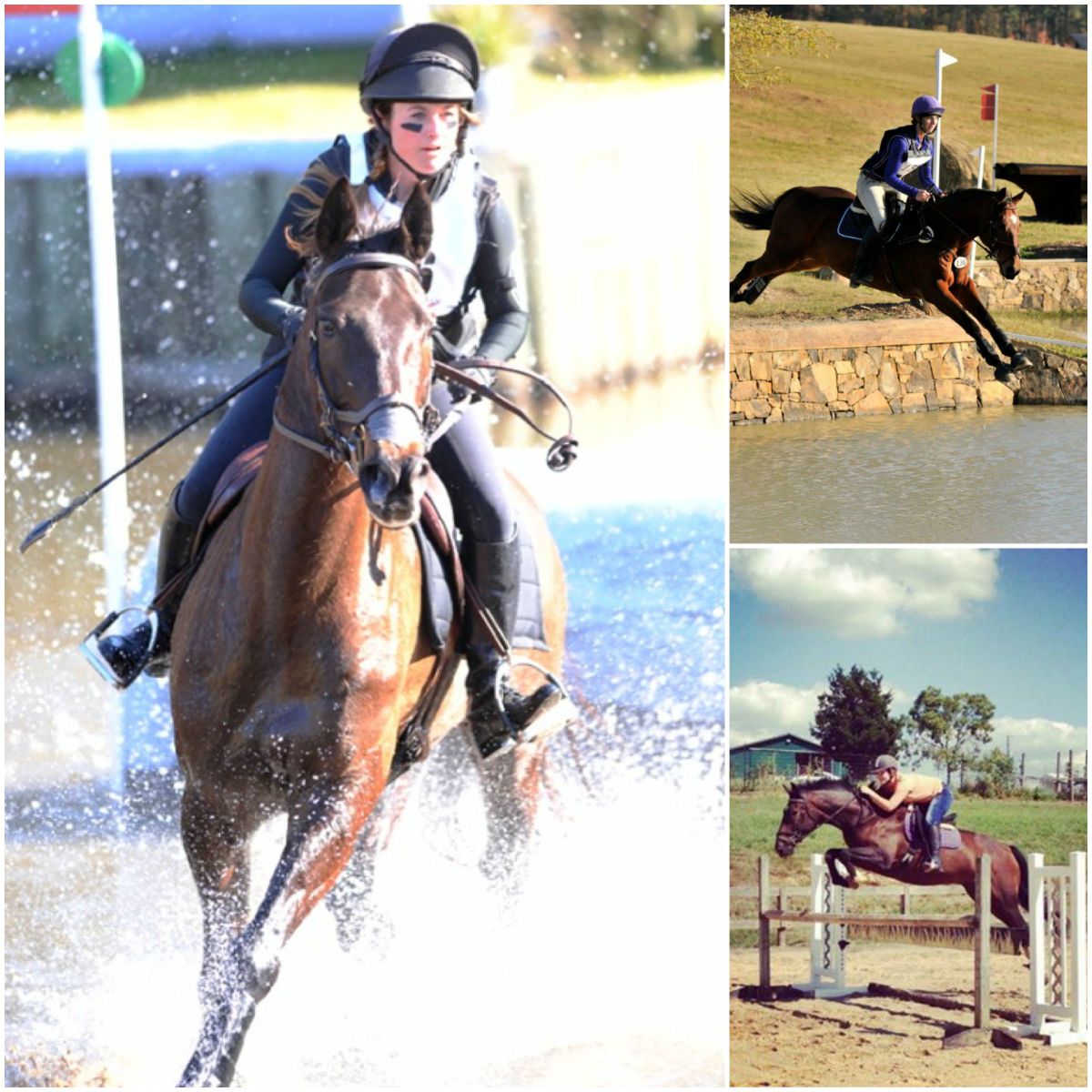 Left: Maggie and I at Red Hills H.T. in 2010. Top right: Dan and Shannon Menestrina. Lower right: Amadeus and Jesse Krusenklaus. All photos used with permission.

…well, except for Esprit. Esprit was not my most well thought-out investment. By the time I caught up to him, he was a 10-year-old trainwreck who’d basically spent the last six years terrorizing his owner. The first time I rode him he pulled out every trick in the book: bucking, rearing, running sideways, running backwards, spooking, bolting… you name it, he gave it a go. But he was a beautiful mover and clearly athletic beneath all the crazy, so I bought him.

The change of ownership didn’t improve our relationship. He didn’t like me and I didn’t like him. In addition to his bad attitude, bottomless supply of nervous energy and nonexistent work ethic I thought he was too wimpy to be an event horse. I couldn’t even canter him in a straight line across a field. I sent him to a sales barn for a few months to be sold as a jumper… no takers, surprise-surprise. With nothing better to do, I buckled down on his training, a knock-down drag-out battle of will between a bullheaded horse and an equally bullheaded rider.

I guess we’d mutually met our match. Things got better. He began respecting me and I started to have faith in him. Then we started actually liking one another. These days, at age 15, Esprit is a brave, confident cross-country horse who, when he’s willing to negotiate in the dressage ring, is capable of a top result. 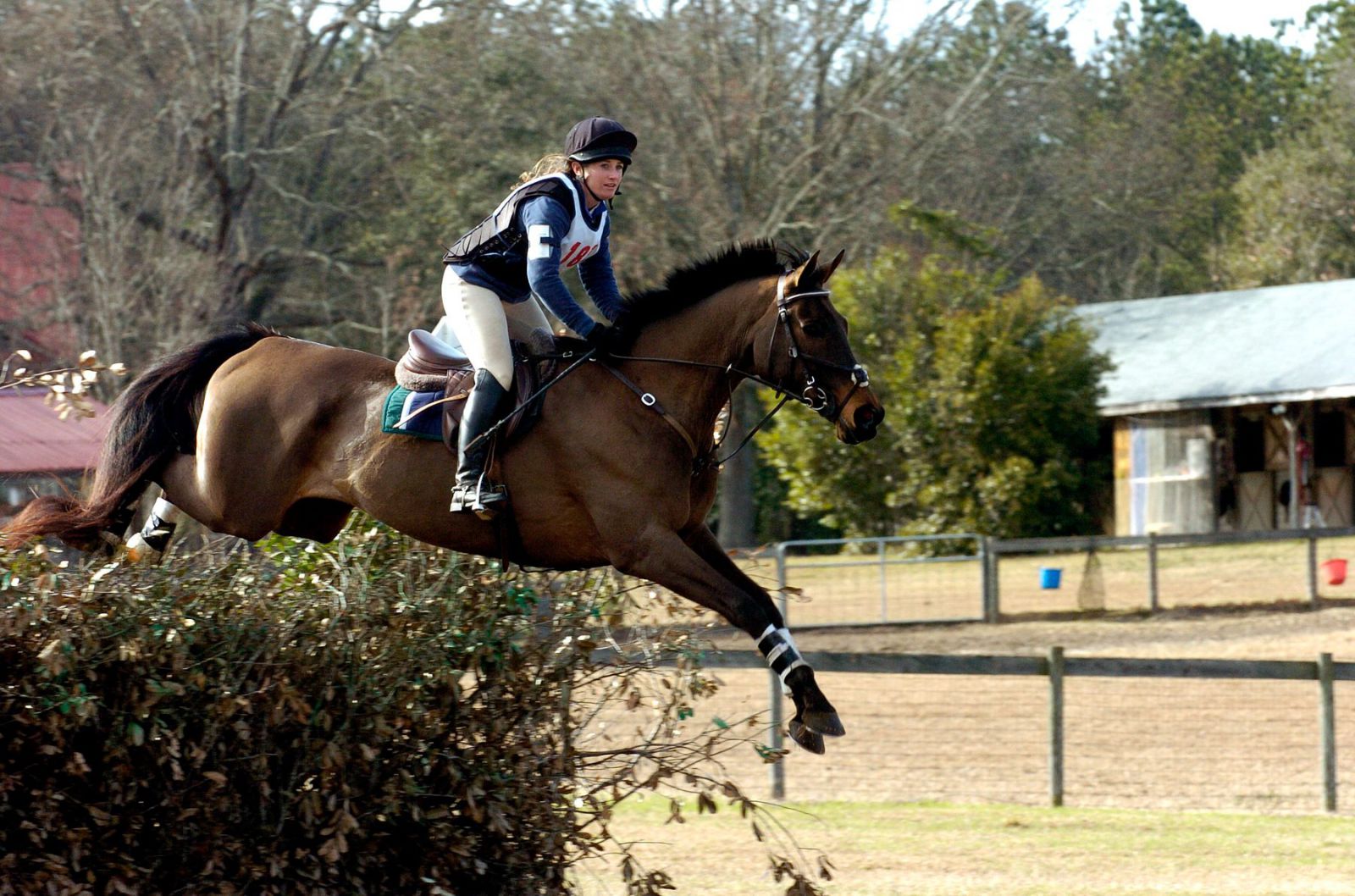 Fifteen is far from being an equine senior citizen, but for me this is uncharted territory. With age comes soundness issues, and I’ve learned the hard way to become more sensitive to that. There’s also the sinking realization that there’s a finish line out there, somewhere, to your competitive career together — and you’re probably not going to see it coming. That’s terrifying.

And, from a financial standpoint, there’s the understanding that your horse is no longer an investment that will pay off should you sell him down the road — the money you’re putting into him, and the time, you’re never going to get it back out. 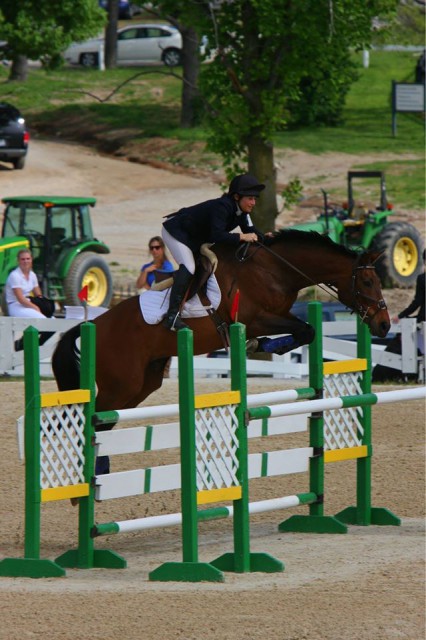 Esprit and I at May Daze.

Not to mention the doubling of vet/farrier/board expenses if you decide to take up with a second horse. A while back, just to see how I would feel about it, I placed an ad for Esprit online, complete with hefty price tag. It felt terrible. At this point in my life I could have an overflowing bank account but, without my horse, I’d just be sad. 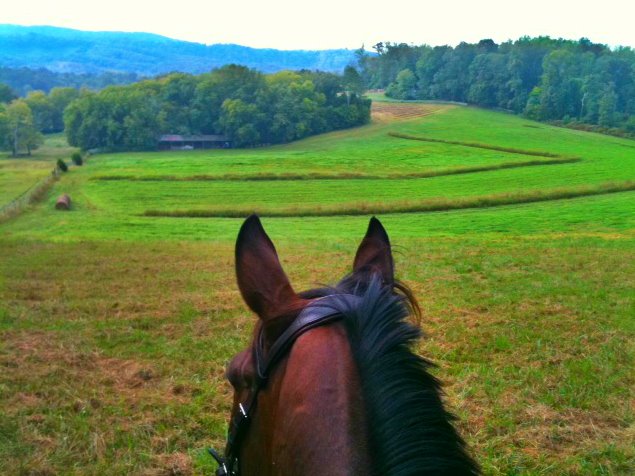 For once that’s OK. I’m not in the horse business anymore — I have an income that doesn’t depend on horse sales. I’m tired of starting all over once a horse finally gets good. Esprit and I have both put a lot of blood, sweat and tears into our relationship, and now we finally have a chance to just sit back and enjoy one another’s company. Whether it’s an event or, on down the road, a leisurely trail ride or just a long grooming session with my 20-something year old pasture ornament, I’m looking forward to sharing “forever” with my friend.