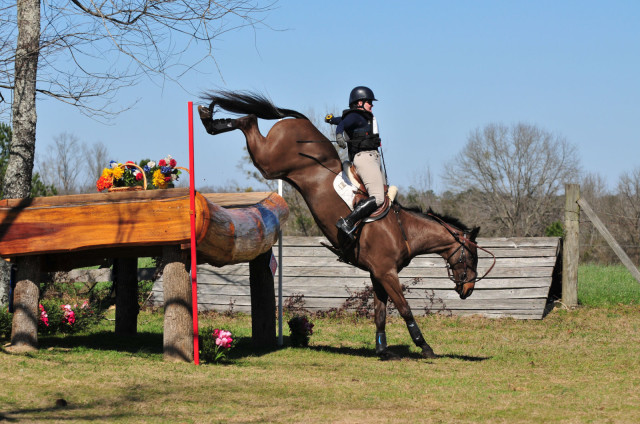 Kim Severson and Fernhill Fearless became celebrities over the weekend when photos surfaced on social media of their amazing save at the big hammock tables on Derek di Grazia’s Pine Top CIC3* cross country course. The hammocks appeared early on as fences 4AB on course, and to give you an idea of just how massive they are, here’s a photo for perspective: 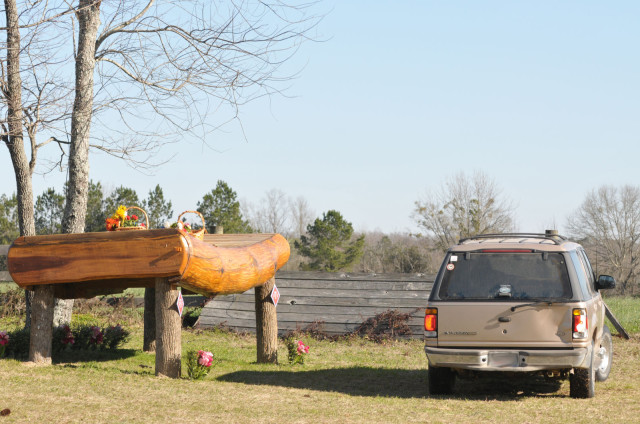 EN’s own Leslie Threlkeld was at this fence shooting photos for HoofClix.com and said the size was definitely intimidating: “Walking up to these hammocks, they seemed impossibly wide, and standing on the backside of the first one, I could barely see over the top. They were early in the course and definitely got the horse and rider GOING,” she said.

“As a photographer, shooting this fence was one of the most exhilarating experiences I’ve had in some time. They were in the air for what seemed like forever. It was almost impossible to get a bad shot, as the whole long moment was just an amazing feat of athleticism.”

Kim and “Sparky,” her 16-year-old Irish Sport Horse gelding, took the term “athleticism” to a whole new level during their trip through the combination. All seemed to be going well in their approach until right before the fence when Sparky pulled his right front shoe in the last stride.

“Then we were a half stride off, and he jumped it and I thought, ‘We are definitely going down,’” Kim said. “But he banked the jump, I let go of the reins and away we went. I definitely got lucky. He’s so amazing that he landed on his feet. We galloped about five or six strides, I got the reins back from up by his ears, and we did an S turn to the other hammock.” 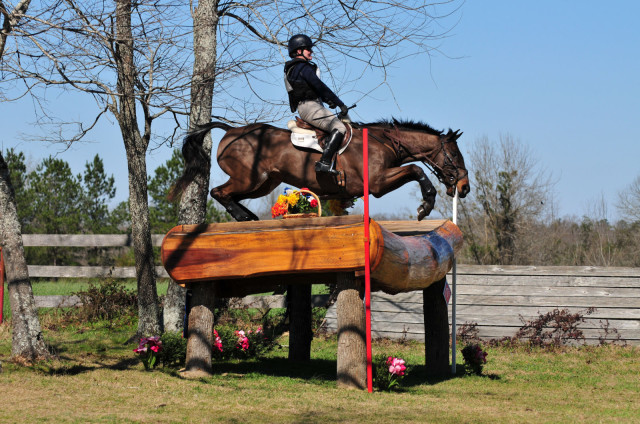 Kim gave the credit to Sparky for smartly handling the situation despite the pulled shoe: “That jump was really, really big and walking up to it even on a four-star course you would have been concerned. Thank goodness for Sparky.”

You have to click through the full gallery below to truly appreciate the awesomeness of the save. As Leslie put it: “What Kim and Sparky pulled off is one of those clips you’d find on a thrills and spills tape — just a remarkable example of a horse finding his fifth leg and giving it his all. And Kim somehow managed to stay balanced and centered — and apparently totally calm!”

Many thanks to Kim for allowing us to share the photos, and kudos to Leslie for capturing the full sequence for HoofClix.com. Go Kim. Go Sparky. Go Eventing! 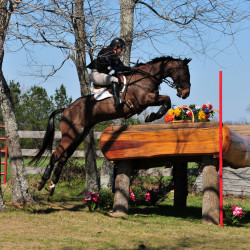 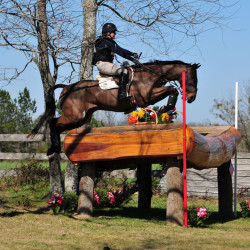 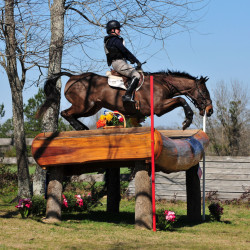 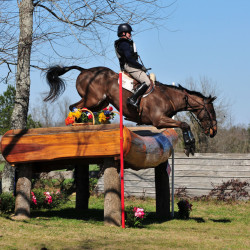 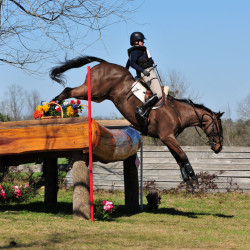 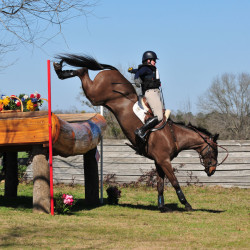 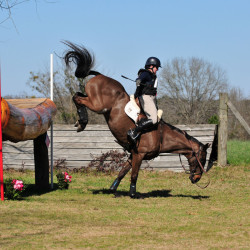 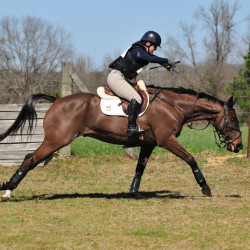 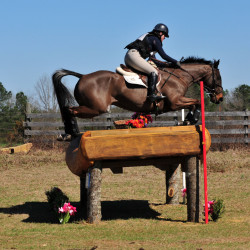