Fresno County Horse Park wrapped up its inaugural international event yesterday. Many thanks to Shannon Lilley and Sherry Stewart for bringing us this final report and photos from the event. Go West Coast eventing! [Final Results] 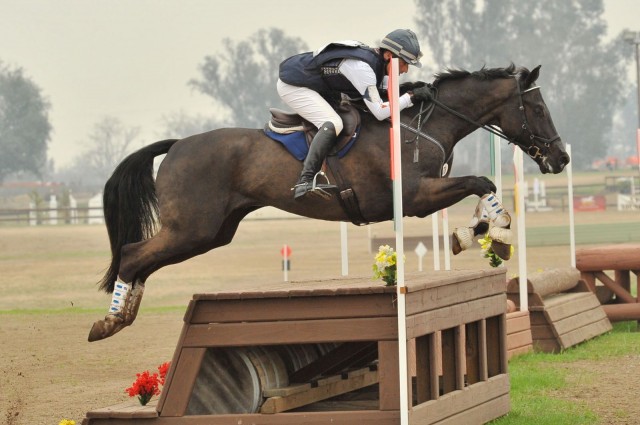 Not many of us know what it is like to take over a venue that hosted quality events for many years and try to rejuvenate it to be a prominent spot on the West Coast eventing calendar. John Marshall is doing that with Fresno County Horse Park. Marshall hired Jay Hambly as the new course designer, Bert Wood and crew to build the cross-country course and maintain the footing, as well as Gray Area Events to manage the horse trials. Additionally, Marshall launched a fundraising campaign to help fund all the improvements to the courses, arenas, stabling, footing and more.

At the competitor’s party under a beautiful tent at FCHP, the awards ceremony for the CIC divisions took place with many happy faces receiving their ribbons and prizes. Throughout the weekend, a silent auction ran that concluded on Saturday evening. Many trainers in the area as well as other horse show venues donated lessons, coaching and entries to raise funds. The second part of the ongoing fundraising campaign is a cross-county jump sponsorship, where people can sponsor a jump for as little as $100 for Intro to $1,000 for two-star. The support has been incredible! The silent auction alone raised $3,500, and so far, the cross-country jump sponsorship has raised $4,000. Fundraising will continue until the $25,000 goal is met. To support this fundraiser, go to the FCHP website for more information at www.fresnohorsepark.com.

The horse trials completed yesterday with show jumping and cross country for the final day of competition. The day started with the lower levels and finished with the Intermediate division. Matt Brown aboard one of his many rides, Happenstance, won the Intermediate division after jumping one of the few clean rounds. Brown is excited about Happenstance: “That horse was so good on the course — just ate it up yesterday.”

Robyn Fisher also had a stellar weekend with her various rides, one of which was With Class, who won the Open Preliminary division finishing on their dressage score of a 28.6. While With Class lived up to the horse’s name with their performance throughout the weekend, Fisher also finished second in the one-star on Vanity, behind Tamra Smith and Fleur de Lis.

After a successful weekend, FCHP looks forward to the next competition in April, where the new dressage arenas will be completed, as well as more changes to the lower level cross-country courses. FCHP wishes to extend a thank you to all who have played such a pivotal role in making this first international event one to remember and build on in the future. 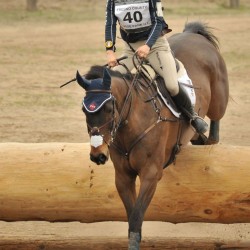 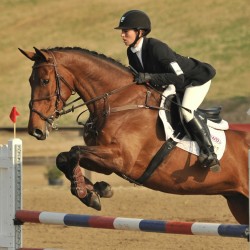 Robyn Fisher and With Class. Photo by Sherry Stewart. 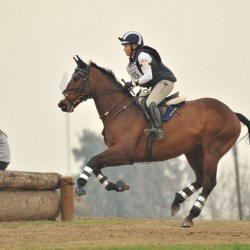