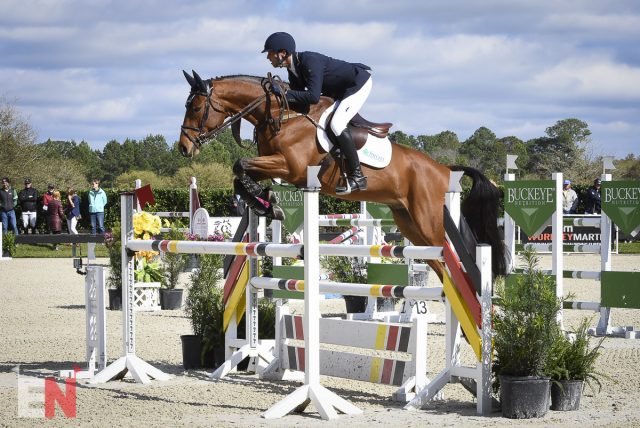 Will Coleman and TKS Cooley. Photo by Shelby Allen.

Making its return for the seventh year running, the Ocala Horse Properties Eventing Prix Invitational is a perennial tune-up and a great opportunity to win some cash and prizes for eventers spending the winter in Florida. We’ve got a first look at the early entries for the event, which will be held on March 3, 2020 at Southern Cross Equestrian in Reddick (13440 NW Hwy 225).

The brainchild of USEA president Max Corcoran and Olympic show jumper Scott Keach, the concept of the Eventing Prix Invitational was to provide an opportunity for event riders to get in some practice with some added atmosphere and pressure in the lead-up to the spring season. The intent was to simulate the atmosphere of the Grand Prix arena, and if you’ve ever attended or watched one of these events in person you’ll know that Max and Scott have accomplished their mission.

Take a look at video from last year’s Invitational featuring winners Will Coleman and TKS Cooley:

If you’re considering entering, you still can! Entries will be accepted through next Tuesday, February 25. You can view the full prize list and schedule here.

Take a look at who is slated to appear: 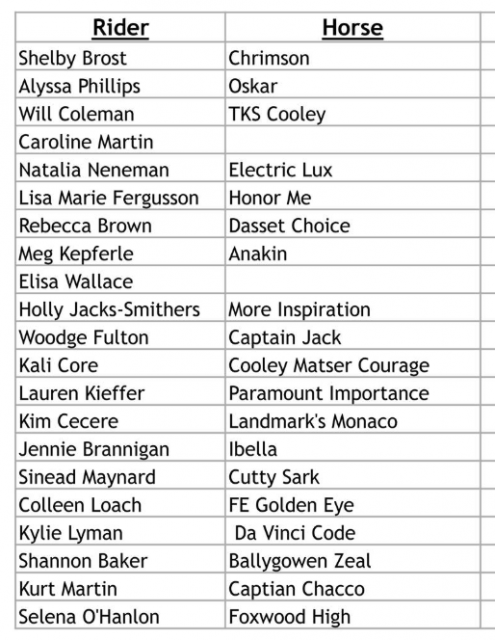 A total of 34 entries will be taken for this event, which features USEF recognized competition over a 1.30m track designed by Chris Barnard. This competition is open to horses and riders that have competed at the (Eventing) Intermediate Level or above in the previous 24 months but not necessarily as a combination. If there are more than 34 entries, they will be accepted based on the FEI Eventing World Ranking List.

Prize money will be distributed through 12th place individually, and EquiJet has also generously put forth a $5,000 voucher for the winner to use on a flight for their horse — quite the prize!

For those of us unlucky enough to winter outside of Florida, a free live stream will be provided by EQTV featuring commentary by John Kyle and Cathy Wieschhoff.

To learn more about the Ocala Horse Properties Eventing Prix Invitational and to submit your entry, click here.