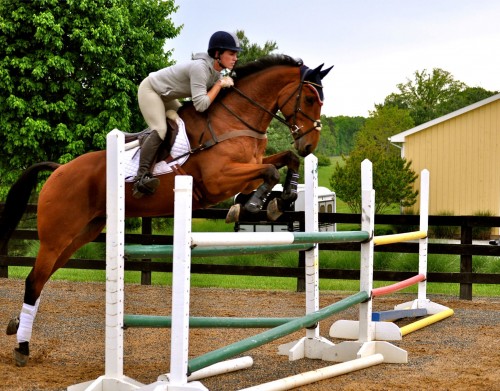 Tomorrow is my first show of 2013. I’m behind the curve for some people who are overzealous January world-beaters, but by no means am I getting left in the dust. The first week of February ain’t too bad. However, not only is this my first competition of the year, but it’s my big horse’s first one back since Jersey Fresh last year, and that brings out my best quality: over-analyzation. I can’t stop thinking and over thinking all the ways in which I am prepared, but also the ways that I just KNOW I’ll forget something important.

I’ve schooled cross country. Twice. Once was mannerly and well behaved, and the second one brought back his memories of tearing around The Fork Advanced last spring….wild and wooly and can’t be curried below the knees style. But that’s good, right? I’m fortified with the knowledge that he remembers cross country as the most exciting and exhilarating part of his life (minus breakfast and dinner, of course). We schooled ditches, water, corners, skinnies to skinnies, and big tables. Cross country: check.

We were cleared for jump work in December, and since then we’ve schooled from Novice level through Preliminary, grids and courses. I changed my noseband to a kineton, and it seems to be working better for both of us. I’ve had lessons, and I’ve totally blown it a few times, but mostly I’ve had good progress and some beautiful easy jumping. With a horse that I’ve ridden for 7 years and brought up from nothing, it’s hard not to ride him “because he always does that,” and instead ride him as he appears today. My coach told me that if I treated my boyfriend the same way as my horse, and acted as though he was the same person 7 years ago as he is today, he wouldn’t put up with it, so why should Nyls? Good point coach. Stadium: check. 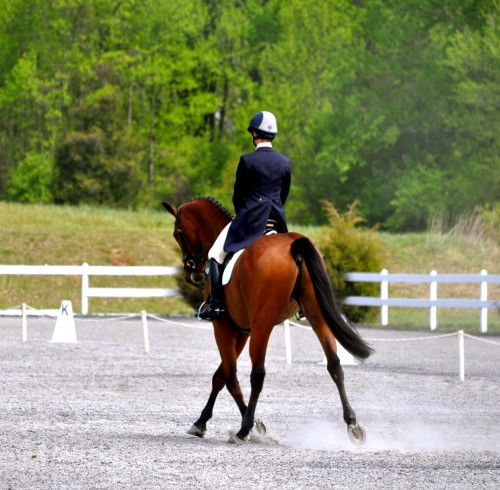 As for Dressage, I’ve exceeded my own expectations for the first show of the year and actually read my test last week, so that’s a step in the right direction. My horse has all the tricks, and for him it’s quite easy to fudge it. Unfortunately that means that my job is to make him do it correctly and not just pony-trot around with his chin tucked in. But, let’s be real here, the first show of the year and the first one back is mostly about mannerly behavior, and soundness at the end of the day, so I’m going to be pleased with any performance he gives me. Unless it’s over a 40, and then I won’t be pleased at all.

Have I remembered how to properly dress myself for a show? Once I get in the routine, I have all my groups of clothing for each phase figured out, but the first of the year somehow always throws me for a loop. I’ll forget my stock tie pin, or I’ll wear underwear with polka dots underneath my white show pants. Something always manages to just sneak under my radar, and it’s never terrible, but I’m an organizational freak, and it ticks me off. Did I clean and plug his studs the night before? Did I remember to pack the good saddlepads? Did I pack extra water for him to drink all day, and a bucket to accompany? I have a running list that by now is so battered and torn an average human couldn’t possibly decipher it, but it contains all my silly notes about how and what to pack for what horse. My anxiety levels reach all new highs when I begin the packing process, and if you’re around me, you’ll notice that I’m plugged into some soothing NPR show and I can’t be reached.

No matter how tomorrow goes, I’m sure I will turn up on the other side just fine. Even if I wear the wrong shirt, or forget my favorite gloves at home. As long as my horse finishes confident, ready for more, and sound as a dollar, I really couldn’t be bothered with the rest of it. Now…if I could just remember where my list of stuff to pack is…..