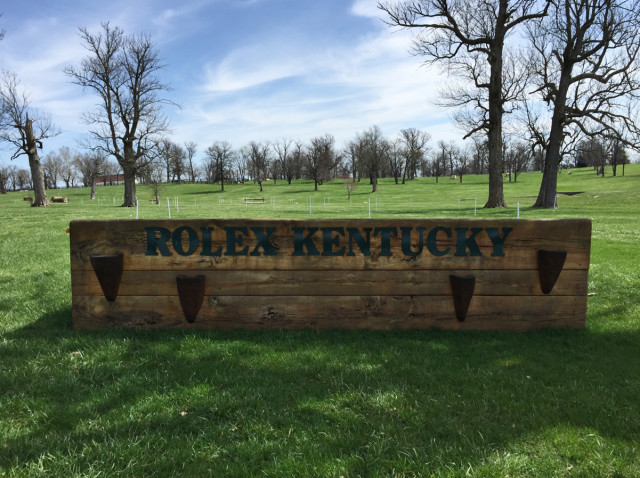 Appearances can be deceptive — just 48 hours earlier most of the Kentucky Horse Park was under water, and more rain is in the forecast but for now ....

While many of the Rolex-bound competitors were getting their final run in at The Fork in North Carolina under sunny skies this weekend, closer to home Kentucky Governor Steve Beshear declared a state-wide emergency after torrential rainfall on Thursday and Friday left much of Lexington and especially the Kentucky Horse Park under water.

Mick Costello, course builder for the Rolex Kentucky Three Day Event, cannot remember it ever being this wet this close to the event, “It overflowed my rain gauge at five inches so I don’t even know how much we got; it just came really fast.”

Two weeks from today (Tuesday 21st April) is Mick and designer Derek Di Grazia’s D-Day as that is when the Ground Jury will officially walk the course, and although Mick will admit to being totally depressed over the weekend when he saw weeks of hard work literally washed away he’s now quietly optimistic that everything will be alright. 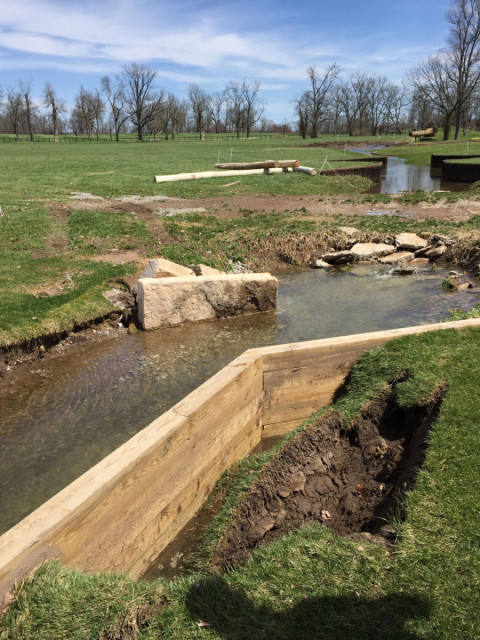 Situated between the sunken road and the iconic Weldon’s Wall this is the site of a new footbridge jump heading back to the infield towards home but the landing and take off were devastated in the storms last week, and the materials stacked each side (enormous, solid telegraph poles) floated away — one turned up in the Land Rover Experience Course, the other in the Head of the Lake.

The two spots he’s most worried about and that he’s working on with Tyson Rementer and Levi Ryckewaert on Easter Sunday afternoon when I visit are next to the Sunken Road where there’ll be a footbridge to jump, and then from the back field into that area where a crossing laid down with new sod and turf disappeared into the creek overnight. Derek Di Grazia had been at the Horse Park on Thursday and laid out several fences including the jumps at the Head of The Lake, none of those are in their original positions anymore! 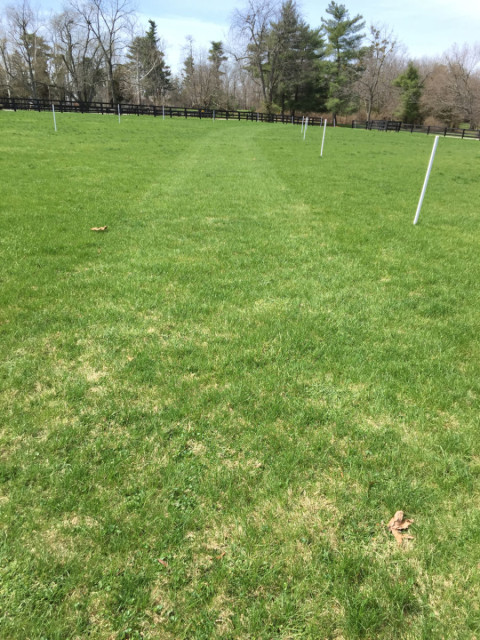 On a much more positive note, the ground nearly everywhere else is amazingly good, in fact it’s close to perfect. There are a few exciting new additions and tweaks to the track, even at this early stage and I especially liked the new combination early on at about Fence 4 (below).

“This was a great landing on Thursday! I just did exactly what I’m doing today two weeks ago for Derek.” Poor Mick and his crew have extra work cut out to them thanks to Mother Nature.

Although Derek told Jess Montgomery and I in the Eventing Radio Show a few weeks ago that the Head of The Lake would be a lot earlier on, it’s actually probably still about halfway before you head out up to the Hollow instead of on the way home. 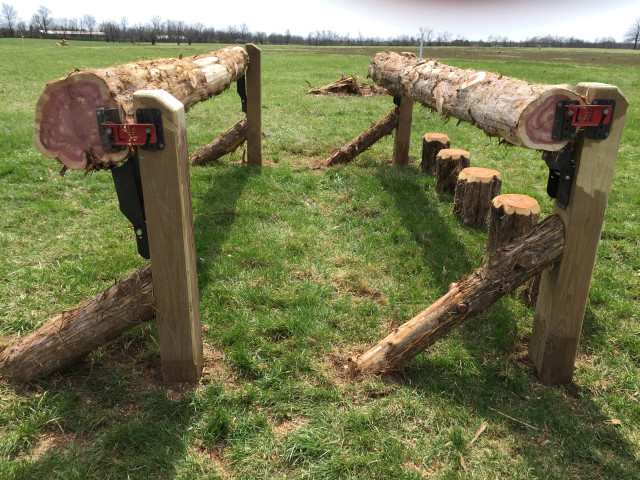 There are more than a few jumps with MIM hooks fitted on them which Mick says he prefers to frangible pins for practical reasons as much as anything, they’re much quicker to re-set and with a record number of entries set to compete this year that’s worth bearing in mind. 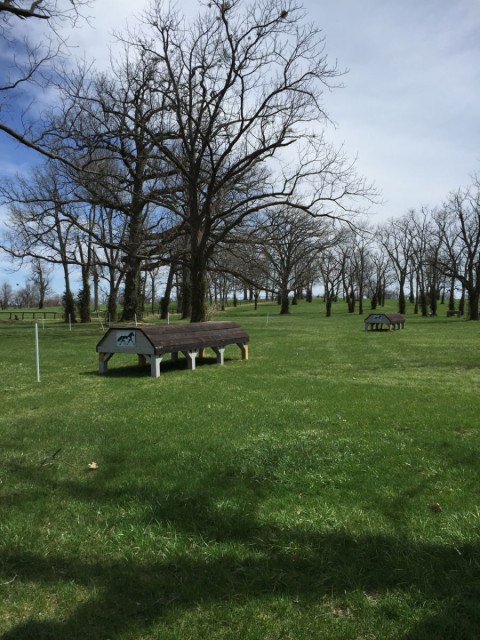 The water jump in the infield will be a serious question and does come up early this year, and the coffin is still there although at the moment it does still have a lot of water in the ditch; however on poor Derek’s first year of designing the Rolex course in 2011 Mick remembers still pumping water out of the same ditch literally hours before the first horse set out on course so that doesn’t worry him too much at this point. 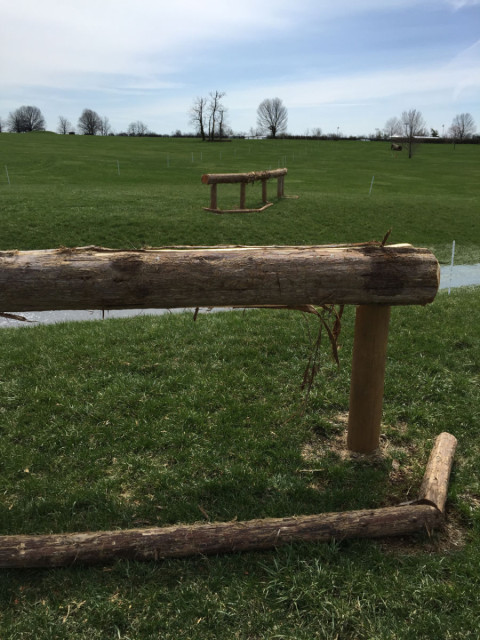 The two mounds in the sunken road field are back with a new look which will be interesting to watch, and there is a double of corners again but in a different site. The angled brushes are gone but in their place is a similar question which will test the riders’ accuracy, training and see who’s willing to take a risk to save time.

There are some old favourites making a re-appearance and once again the course already looks like it has Derek’s trademarks of big, bold galloping questions with plenty to test the riders but nothing to trap the horses. I’m looking forward to checking back in frequently as the course begins to take shape, and as the competitors arrive.

We do have more rain and storms forecast all week, but as Mick acknowledged with a quiet confidence, “We’ll be alright if the creek doesn’t rise too fast. That was the problem, the creek can rise but the heavens just opened up.” No one knows the land here better than him so if he says were going to be okay, I’m happy to trust him on it.

Many thanks to Mick for taking the time to stop and chat, and to him, Tyson and Levi and the whole crew for all their work in creating such a fantastic course every year — see y’all in a couple of weeks!