All four of the horses competing in the Retired Racehorse Training Project’s 100-Day Thoroughbred Challenge are now into their first week of training at Steuart Pittman’s Dodon Farm. The 100-Day Challenge is running in lieu of last year’s Trainer Challenge, as Steuart wanted to place more emphasis on the horses’ talent in this year’s competition. The horses will be introduced to the public at the Maryland Horse World Expo in January, with the winner set to be crowned at the Pennsylvania Horse World Expo in February. Each of these horses are a textbook example of how beautifully OTTBs can transition to a second career. In case you missed my introduction of the four competitors, here’s a recap: 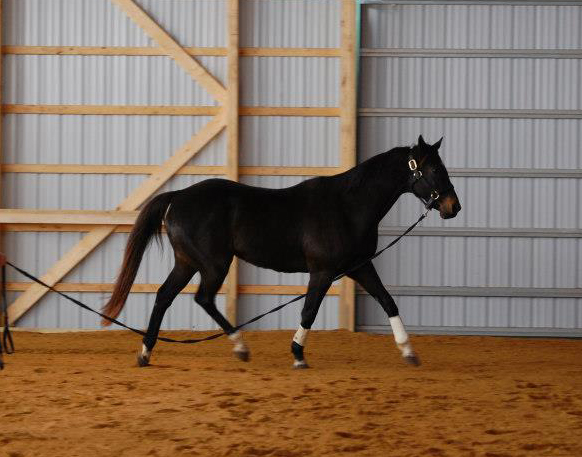 Declan's Moon on his first day of training. Photo from RRTP website.

Declan’s Moon (Malibu Moon X Vee Vee Star, by Norquestor) won the Eclipse Award as an undefeated two-year-old. He went on to win his first race as a three year old before an injury took him off the Triple Crown trail. After a full recuperation and another 13 races, his longtime owner Samantha Siegel of Jay Em Ess Stable retired him to the Pons family’s Country Life Farm in Maryland, where he has been turned out with two other Malibu Moon champions. Josh Pons approached Samantha about entering Declan, now 10, in the 100-Day Challenge because “he is such a beautiful mover and a great example of the quality horse that our industry produces.” 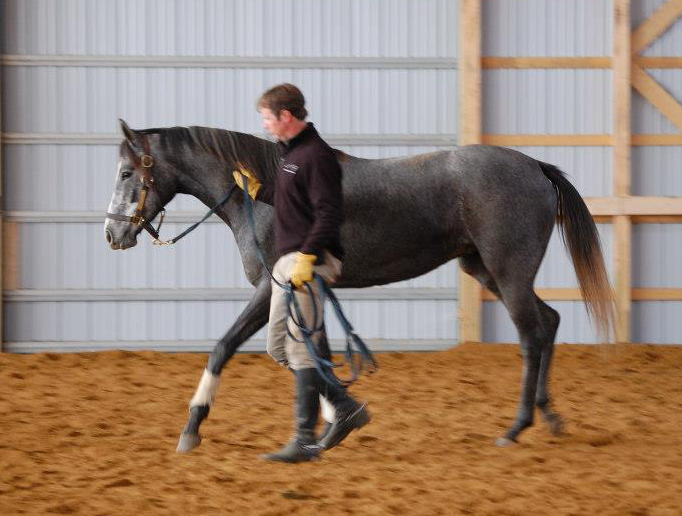 Gunport in her first training session. Photo from RRTP website.

Gunport (Mizzen Mast X Directive, by Deputy Minister) is a gorgeous 3-year-old filly with a petite head, magnificent topline and no desire to race. She was born and raised at Sagamore Farm, which Kevin Plank of Under Armour has returned to its former glory under the guidance of Tom Mullikin and his team. Sagamore horses are treated like royalty and Gunport was no exception. She trained to race, ran once at Colonial Downs in the summer, made it clear that she was not interested and Team Sagamore respected her wishes. She has been dubbed the beauty queen of the 100-Day Thoroughbred Challenge. 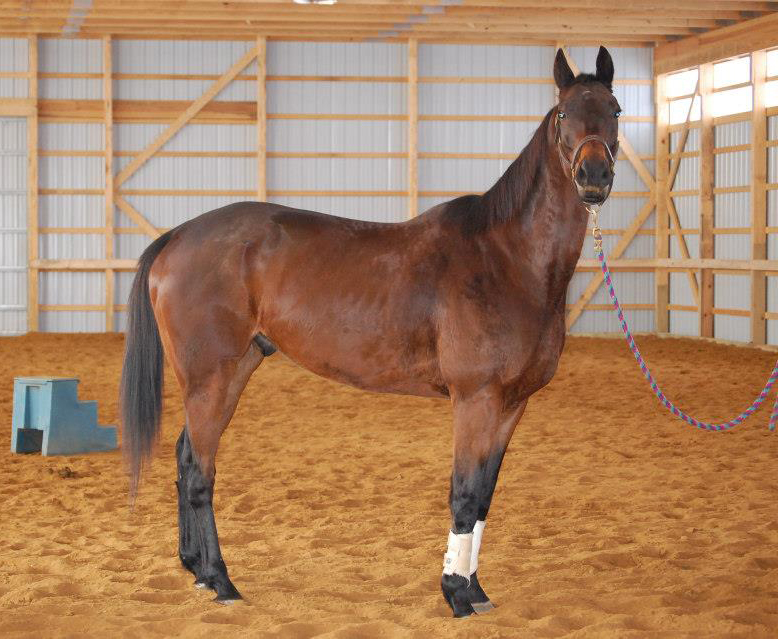 Suave Jazz (Suave Prospect X Cavite Starlet, by Jazzing Around) is a 9-year-old who ran 70 races and won $651,000. He was a favorite of trainer Tony Dutrow earlier in his career, so he told the owners he would take him back when he was ready to retire. That happened in August of this year and the horse has been resting since. Dutrow is a partner in Walnut Green Farm with Mark Reid, who was eager to find a good horse to enter in the 100-Day Challenge. “He’s not the prettiest horse, but he’s a good mover,” Reid, whose eye for a good horse has made him a leading bloodstock agent, said. “And, by the way, we want to win this thing.” 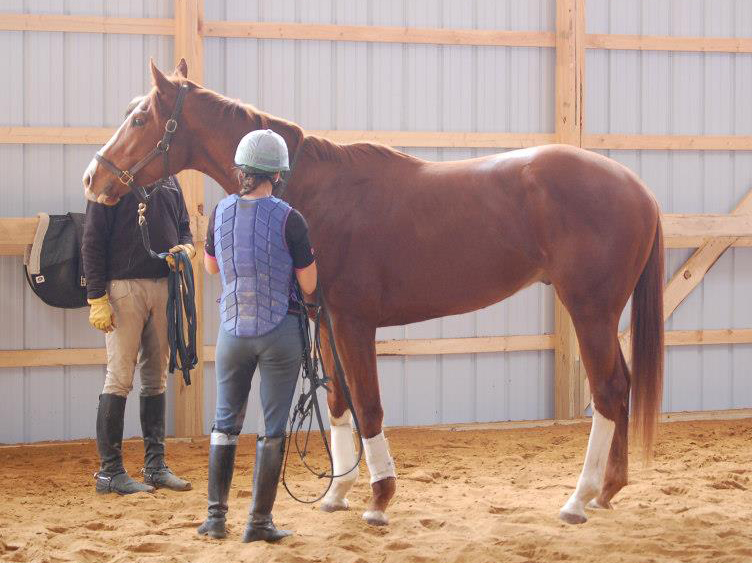 Alluring Punch (Two Punch X Alluring Elixir, by Cure the Blues) is a 3-year-old gelding who earned $12,000 in 10 starts. Barbara Ryan bred the horse and got him back after his last race on Sept. 1, knowing that he would make an outstanding sporthorse and eager to get him some good training. When she heard about the 100-Day Challenge, she contacted Northview Stallion Station with a proposal that the horse be entered to honor Two Punch, his sire, who died at Northview last summer. Two Punch offspring like Vaunted, who competed at Rolex in 2009, epitomize the versatility and athleticism of Thoroughbreds.

Here are videos from Day 1 of the 100-Day Thoroughbred Challenge, shot Monday, Dec. 3 at Dodon Farm: