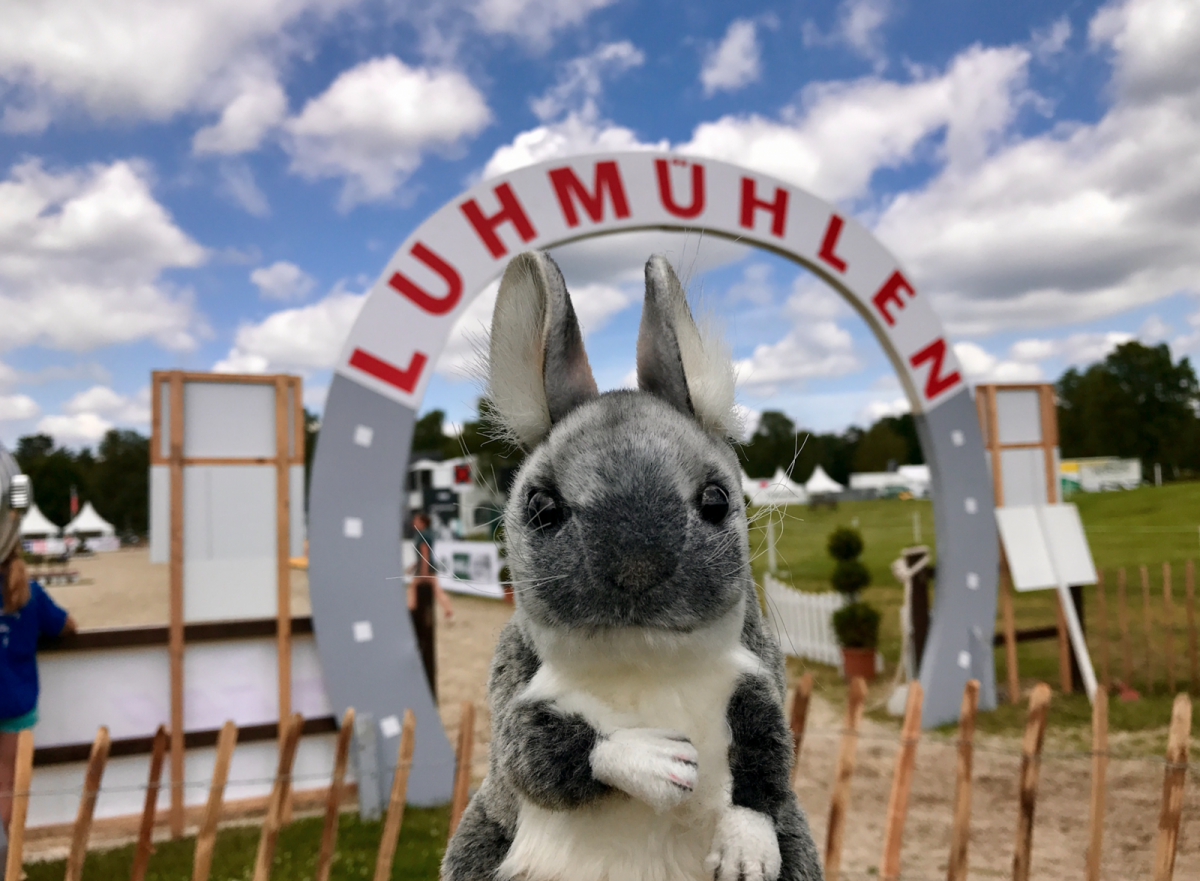 All 48 CCI4* horses passed muster in the first horse inspection at Luhmühlen this afternoon, among them five U.S. pairs. Two horses, Denis Mesples’ Oregon de la Vigne (FRA) and Kirsty Short’s Cossan Lad (GBR), who were sent to the holding box but passed upon reinspection.

The roster is a mixed one, with a sizeable representation of Badminton reroutes and four-star rookies punctuated by some heavy hitters including 2017 Badminton winner Andrew Nicholson (NZL) with Teseo and 2016 Luhmühlen winner Andreas Dibowski (GER) with FRH Butts Avedon.

Although, if the latter had gotten his way, there might be one fewer horse in the field. Bye-bye, Butts! It must be stressful always being the sexiest horse in the class. 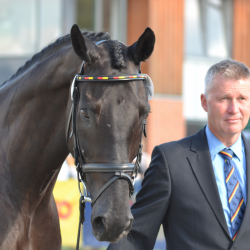 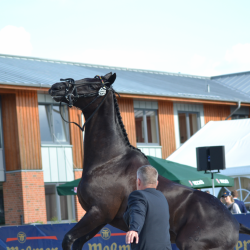 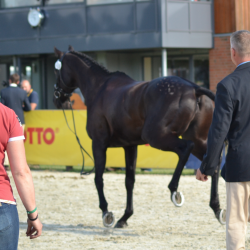 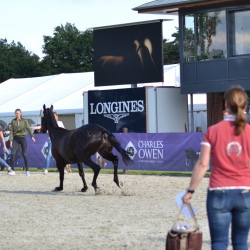 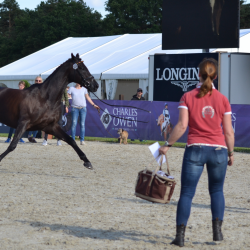 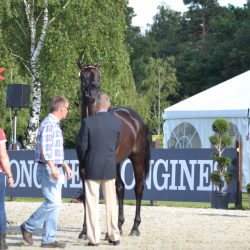 The CIC3* competition is definitely one to watch as well, with a star-studded start list that includes a who’s who of Germany’s eventing elite: Michael Jung, Sandra Auffarth, Ingrid Klimke and more. Hannah Sue Burnett has a ride in the CIC3* as well, RF Demeter, and we’ll be following that division closely.

Representing the U.S. in the CCI4*:

Hannah Sue Burnett and Harbour Pilot, a 14-year-old Irish Sport Horse gelding owned by Ms. Jacqueline Mars, are on a quest for four-star redemption after retiring on cross country at Badminton. They rallied for a top 10 finish in the Houghton Hall CICO3* later that month, laying down a career-best 37.2 dressage test along the way. This pair has a lot of momentum heading into Luhmühlen, and we may well see them at the top of the scoreboard come Sunday. 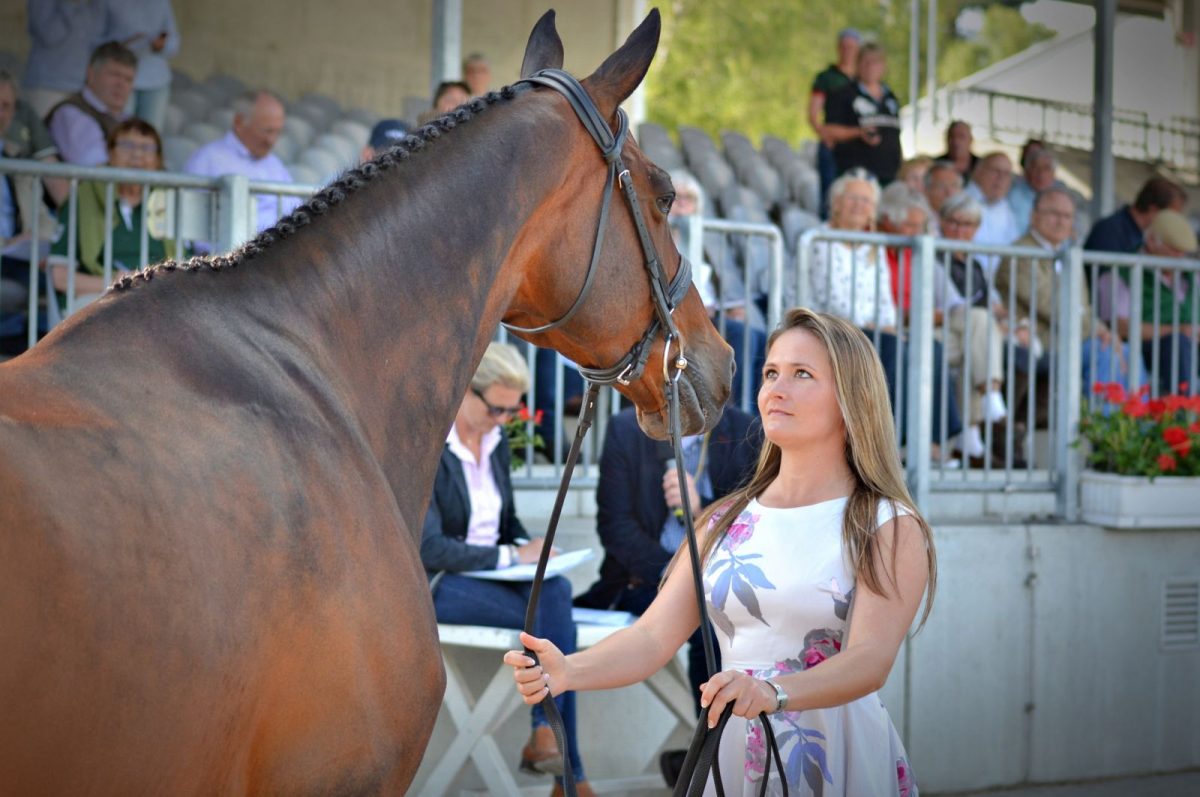 Katherine Coleman and Longwood, a 15-year-old Irish Sport Horse gelding owned by KC Eventing Ltd., are likewise on the mend from an unlucky day on Badminton’s grueling cross country course. Longwood looked no worse for the wear in the Houghton Hall CICO3*, where they finished 21st, and he was feeling his oats on the jog strip today! Katherine shot him a dirty look or two as he dragged her down the runway, but his antics weren’t enough to wipe the smile from Katherine’s face even for a second. 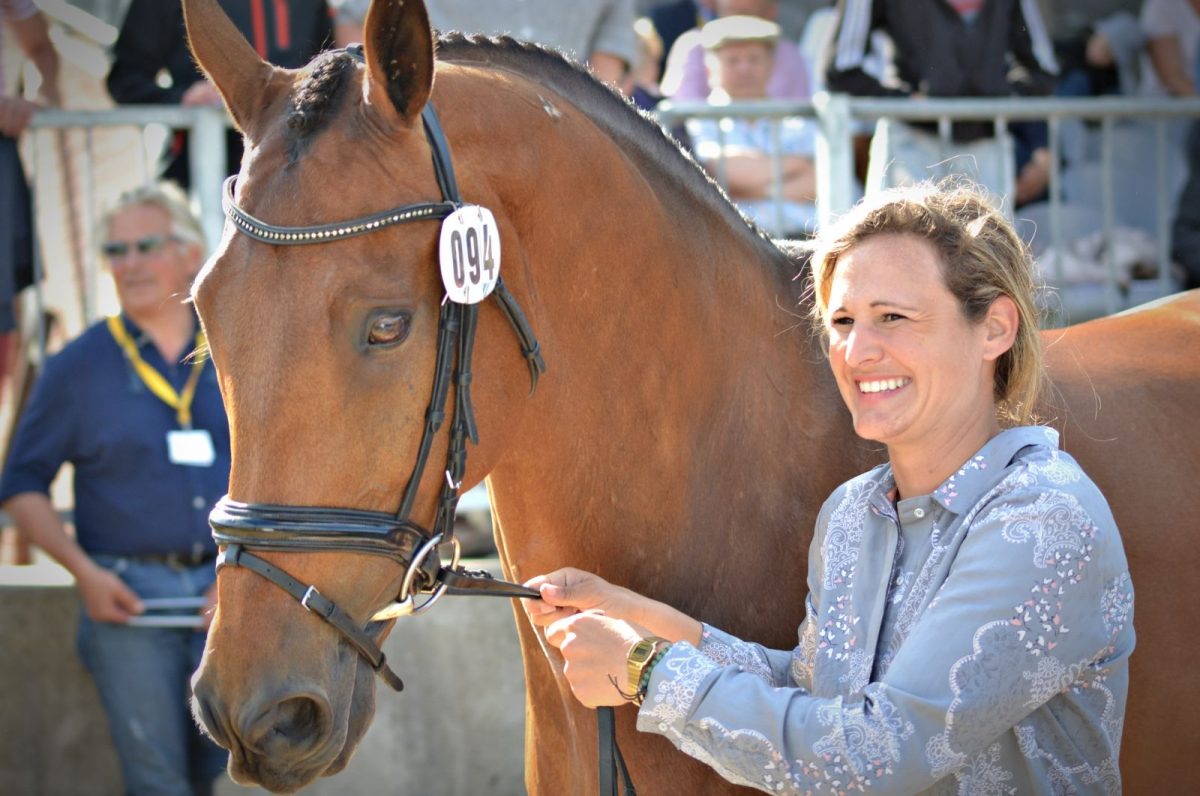 Will Coleman and Obos O’Reilly, a 14-year-old Irish Sport Horse gelding owned by Brian O’Reilly and the Four Star Eventing Group, finished sixth in the 2016 Kentucky Three-Day Event but came up a bit short this year, retiring on a cross country that snuck up on some of the most experienced pairs in the field. They’re no stranger to the top of the scoreboard and we expect them to bounce back in a big way this weekend. 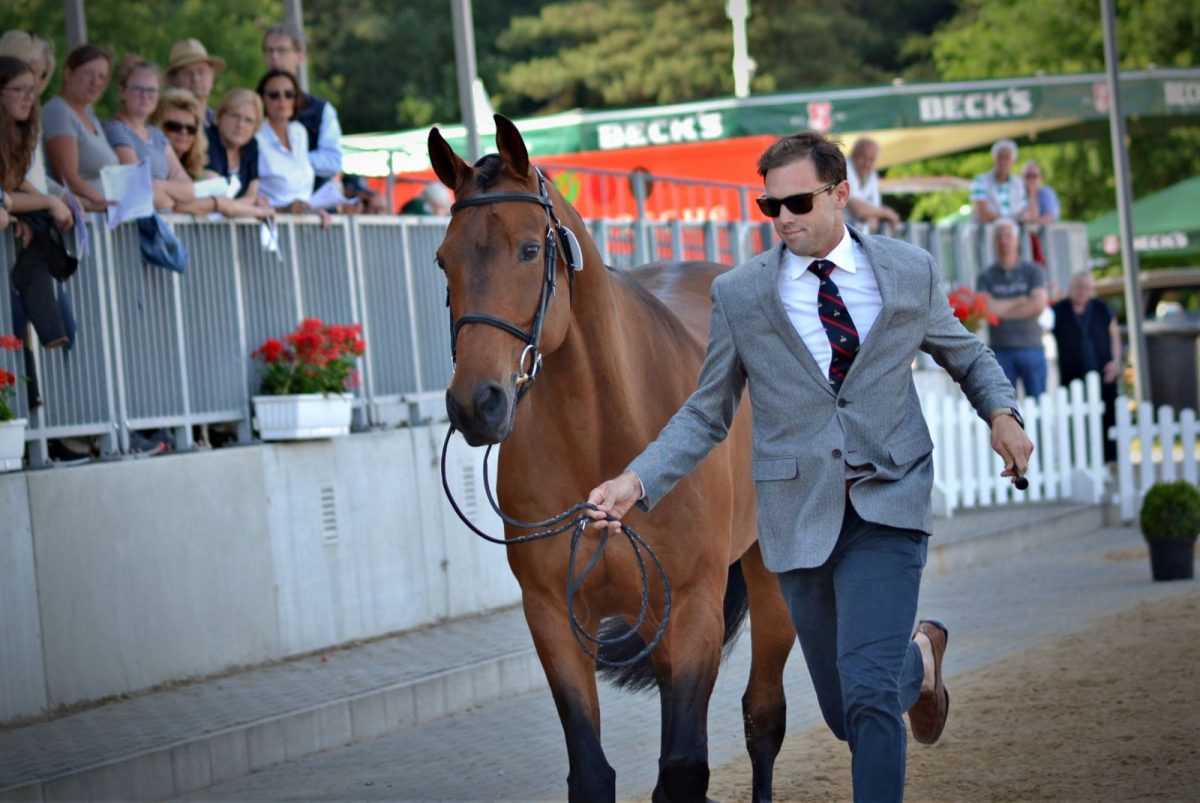 Marilyn Little and RF Scandalous, a 12-year-old Oldenburg mare owned by Ms. Jacqueline Mars, Robin Parsky, and Phoebe and Michael Manders, are tackling the mare’s first four-star outing. “Kitty” has been on fire this spring, winning the CIC3* at both The Fork and Jersey Fresh. She told EN after The Fork that Kitty was feeling four-star ready, and Jersey sealed the deal on her hunch. Jog photos don’t get any sassier than this. Go get ’em, ladies. 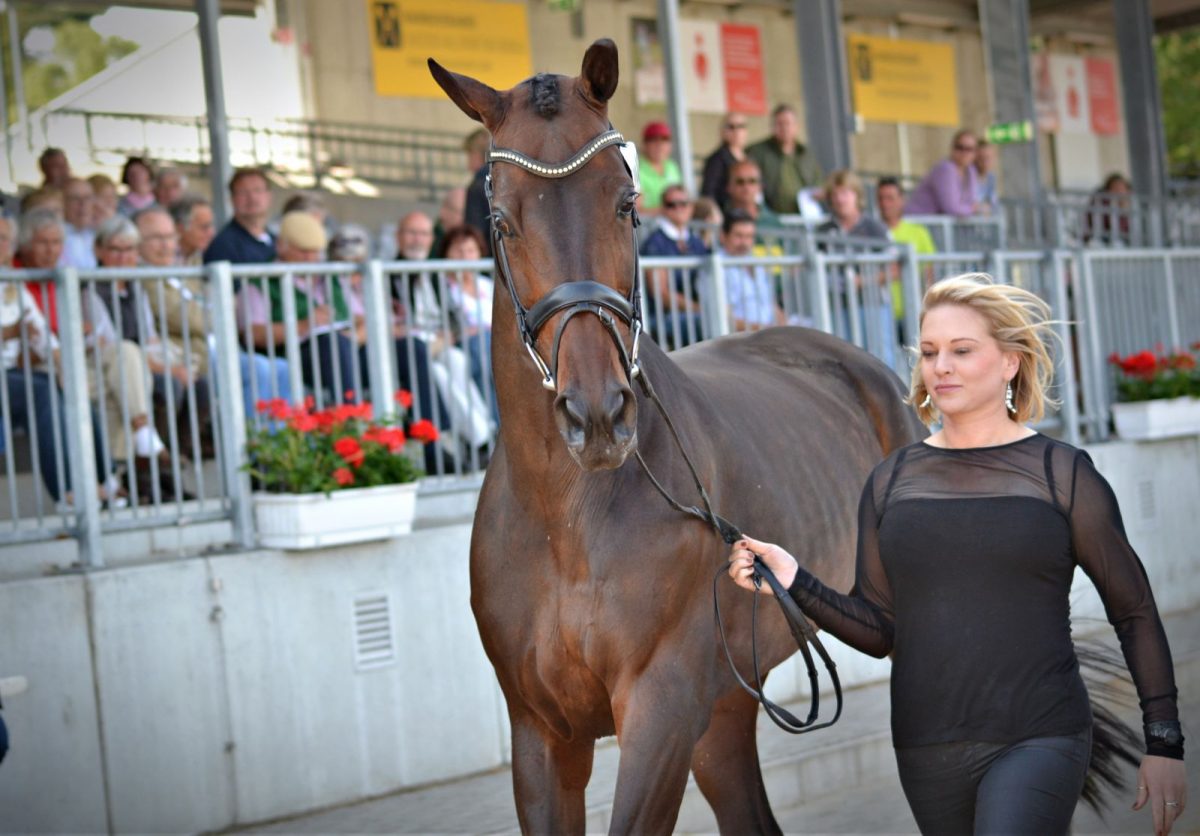 Sharon White and Cooley On Show, a 10-year-old Irish Sport Horse gelding owned by Louise Walsh and the rider, are on the hunt for the horse’s first four-star completion. They followed up a Rolex retirement with a second place result in the CIC2* at Jersey Fresh, finishing less than a point behind the winner Lauren Kieffer and D.A. Duras. Since Sharon has been competing the horse, they haven’t picked up a cross country jump penalty at an FEI event, excepting Kentucky, and he is a one-or-none show jumper. This pair will have lots of fans cheering for them come Saturday on both sides of the pond! 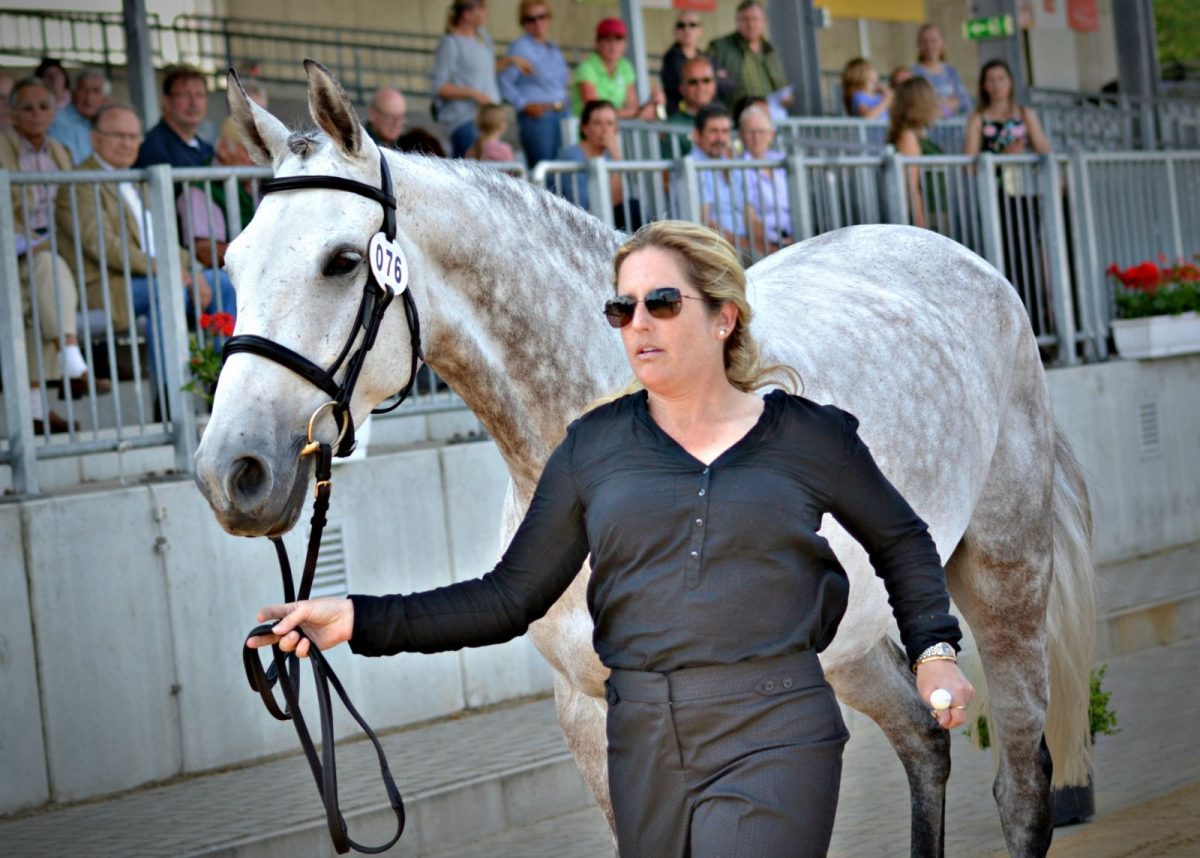 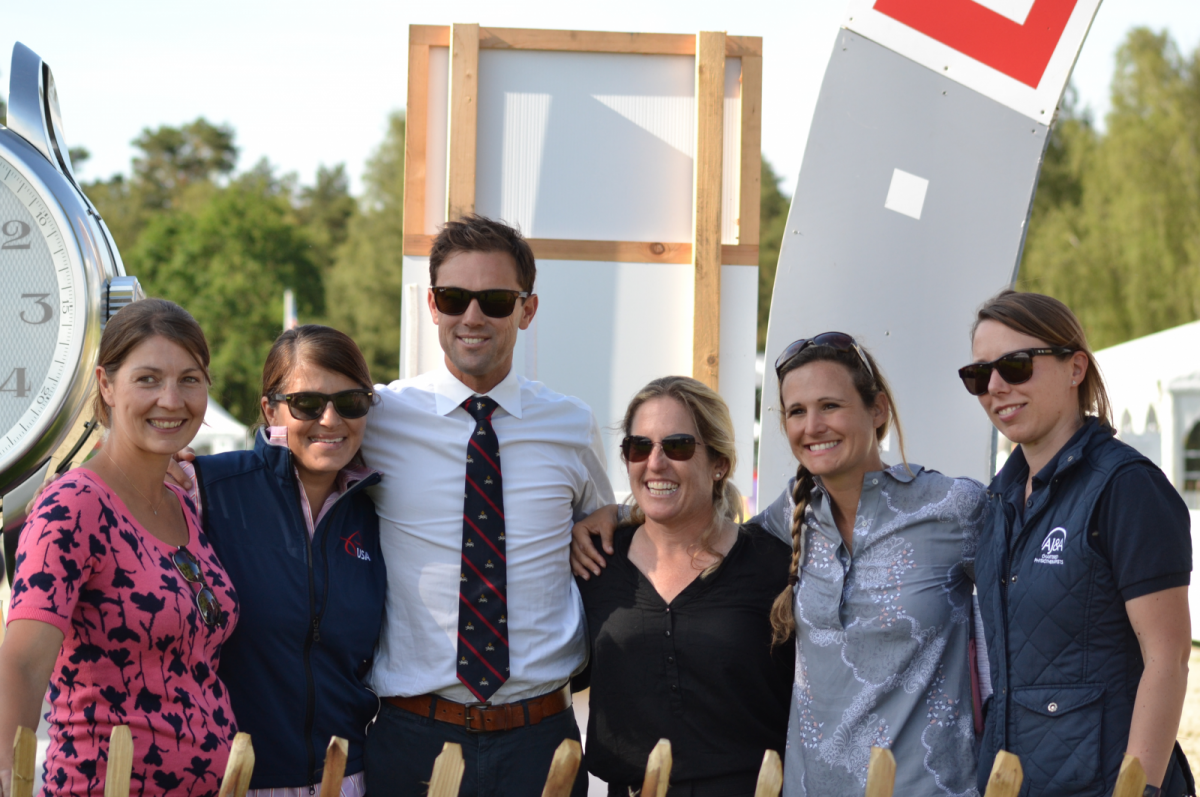