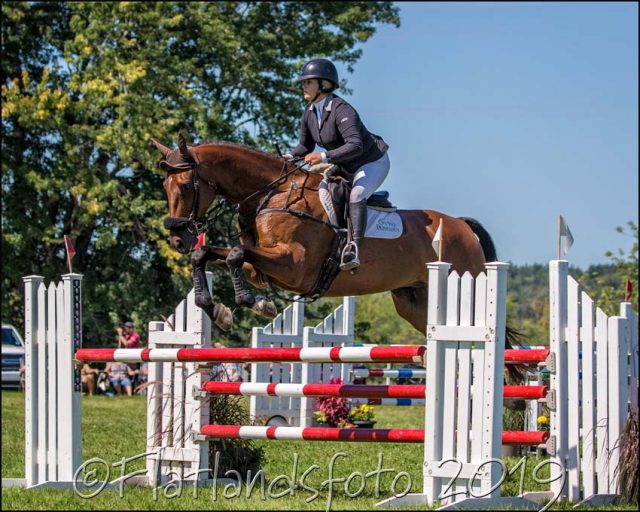 Katie Ruppel and 8-year-old Irish Sport Horse A Sportsfield Diamond stalked the top spot of the Foshay International CCI2*-L all weekend. They turned in a double clear show jump round to take the win on their dressage score of 30.70 after after overnight leaders Mimi Bilodeau and Make My Day were unfortunately eliminated on refusals in the final phase.

“Sparky”, the 8-year-old Irish Sport Horse has been in Katie’s barn for a little less than a year after being purchased from Oliver Townend, who did a few Intermediates on him.  He is proudly owned by the Champagne Syndicate.

“[The syndicate] is made up of some amazing people who are true fans of the sport — it’s so nice to have this win for them,” Katie said. “It’s taken some time for the horse and I to figure each other out, but I think we have a relationship now.”

The win, with it’s divisional $15,000 in prize money, makes Katie’s trek from her base in Anthony, Florida to New Brunswick very much worthwhile, but even so, the competition in general was impressive enough to for Katie to be planning on a return trip to Foshay.

“This was our first time at Foshay and definitely won’t be our last — it’s a gorgeous venue with perfect footing and fantastic hospitality. The organizers are also FEI riders so they have a really good understanding of what is important to competitors,” said Katie.

Second place in the CCI2*-L was awarded to Ferial Johnson and Marc Johnson’s Great Recession, an 11-year-old Canadian-bred Thoroughbred, who hail from Hamilton, Massachusetts. They finished on their dressage score of 32.00. Just behind them on a 32.50 were Jessica Phoenix and her own young up-and-comer, Tugce, a 7-year old Dutch Sport Horse, 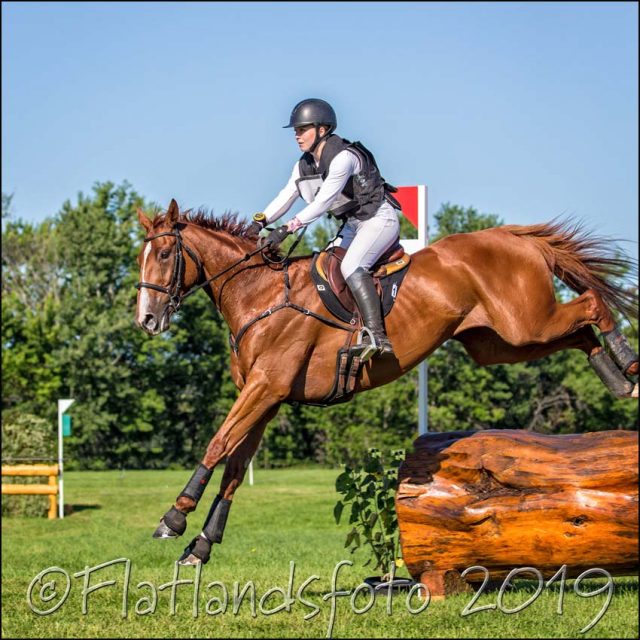 Overnight CCI1* leader Holly Jacks-Smither was poised to defend her and Favonius Nite‘s win in this division here last year, but two show jumping rails dropped them to second place. It didn’t sting too badly though, as that meant the win went to her student, Ella Marquis and Finely Brewed, who turned in the only double clear show jumping round of the division.

Both horses, Holly’s ride “Favy”, a 9-year-old Dutch Warmblood gelding, and Ella’s “Bud”, an 8-year-old Canadian-bred Thoroughbred, are owned by the Marquis family: Mark, Jayne, and twin daughters Ella and Eva, who have been riding with Holly since they were 9 years old when Holly found them their first ponies and helped train them up.

Those ponies were just the beginning of a wonderful long relationship with the Marquis family and Holly Jacks Equestrian, as they began investing in off-the-track horses and other prospects with Holly a few years ago, eventually coming to share ownership in Favy. Favy was purchased by Holly and the Marquis family three years ago with the intent to either bring him along as an upper-level horse for Holly or a future ride for one of the girls.

“The original plan was to try and get Favy to the Pan Ams, but that didn’t pan out,” Holly said. “He lost his eye in a trailer accident shortly after we bought him, but he is one tough dude.”

Favy recovered quickly and showed everyone how much he still wanted to jump by winning a Training event just six weeks after losing the eye. As one might imagine given his single eye he’s also unique ride, but he’ll go on to me a great mount for Eva.

“Eva was not quite qualified to ride Favy at Foshay so we thought It was a great opportunity for Holly to give Favy a great ride this weekend and for Eva to watch and learn,” said Mark.

Both girls look a year off from eventing after a podium finish at NAYC in 2017 in order to enjoy one last year doing the jumpers on their ponies. They began riding Favy and Bud earlier this year as they re-entered the eventing world.

“Ella built a relationship with Bud really quickly,” Mark said. “He’s a unique horse and prior to Ella jumping on him nobody but Holly had ever taken him cross country. We weren’t sure what to expect, but clearly we are pleased!”

Bud was bred by another owner in Holly’s barn and wasn’t actually for sale, but Ella clicked with him so wonderfully that the partnership seemed to be inevitable.

“The other horses in the Marquis program were not quite ready in their training and we had to match Ella with something similar to Favy,” Holly said, “and it’s just nice to still have those horses in the barn!”

For the southern Ontario-based Holly Jack Equestrian Team, the 17-hour drive to New Brunswick for Foshay is a long haul (though or similar length to any Area II events!) but completely worth it.

“I can honestly say it’s one of the best events in Canada. It’s a great learning experience, especially for some of the younger horses and new FEI riders,” said Holly. “There were a ton of spectators this year and some very big crowds, especially the water. It really gives you a world class feeling at the event.”

Suzanne Stevenson and her own Piccolo Mondo, a 13-year-old British-bred Thoroughbred, moved up from 7th after dressage to finish in 3rd place overall in their first FEI event — congratulations, Suzanne!

Looking to Foshay’s two National divisions, a clear-with-time cross country round set up New Brunswick’s own Abbey Alexander and  Peakatti, a 15-year-old Canadian horse mare who stands just 14.3-hands tall, to take the win in the Canadian EV 105 division. The win in the Preliminary division went to Rob Stevenson, husband to the aforementioned Suzanne and organizer of the event, and 10-year-old Irish Sport horse mare Sportsfield Two Doors Down. They added only cross country time to their dressage score.

Foshay’s organizers, including Rob, rallied some added to interest for competitors to make the drive to up to Canada, particularly with the AECs running concurrently. Their Road to Foshay Event Prize awarded a free entry to Area I’s top-placed young rider, adult amateur, and professional who competed at the Preliminary level this season. Prize winners were India Doyle, Meagan Tardiff and Anne Hambledon, who all competed in the CCI2*-L. 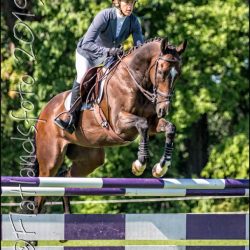 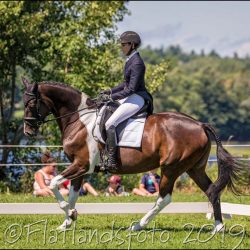 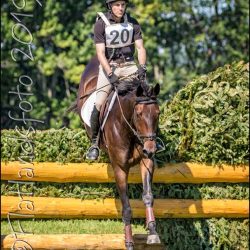 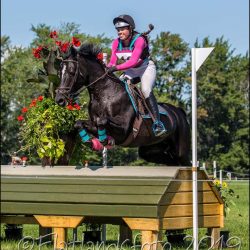 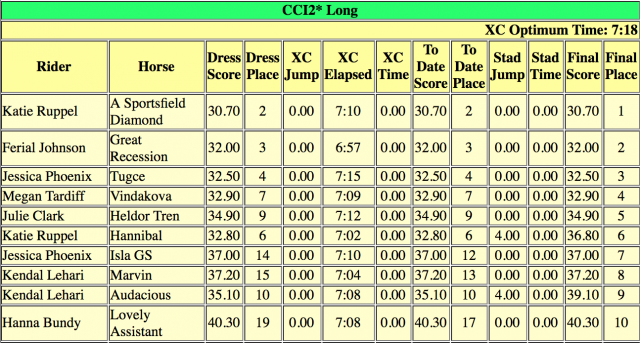 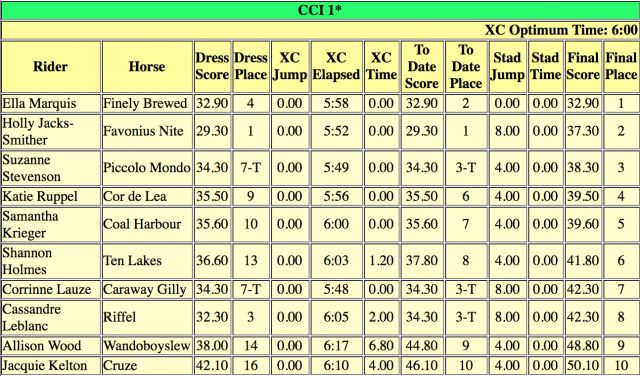