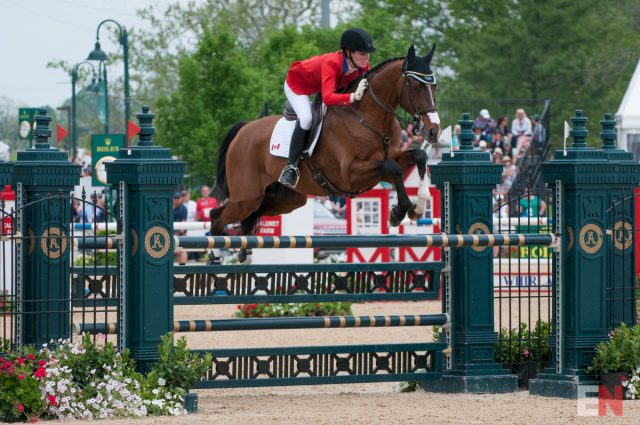 We are delighted to announce that John and Judy Rumble’s Foxwood High has been named 2017 Eventing Nation Horse of the Year after besting the field of six nominees in a decisive victory this week. Now in its fifth year, EN readers select the Horse of the Year by voting for the equine athlete they deem most worthy of the title. “Woody” is the first Canadian horse to take the title.

A 15-year-old Canadian Sport Horse, by Rio Bronco W out of Evita II and bred in Canada by Epstein Equestrian, Woody won the vote on the same day he was named to the 2018 Equestrian Canada Eventing High Performance National Squad. His longtime partner Selena O’Hanlon told EN that Woody is feeling fantastic after his vacation and ready to dominate once again 2018. 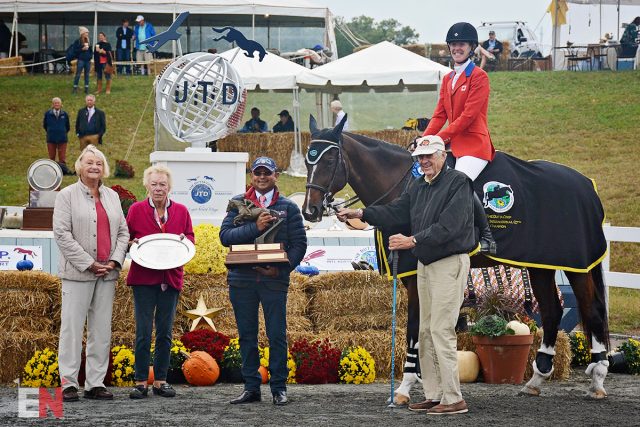 In reflecting back on 2017, which proved to be the best season of Woody’s career to date, Selena said their historic win in the Fair Hill International CCI3* and becoming the first Canadian combination to take the prestigious victory absolutely stands out as the highlight.

“The Fair Hill win stands out clearly, mostly because the horse got personal bests in all three phases at that level,” Selena said. “Breaking into the 30s in dressage had definitely been a goal for the year. It was also encouraging to have him feeling good for show jumping after running around Fair Hill, because it’s a pretty relentless cross country course. I think he’s come into his own in terms of fitness and strength.”

In addition to the Fair Hill CCI3* win, Selena and Woody won Red Hills Advanced, finished 11th at Kentucky CCI4* as the highest placed Canadian pair, placed fifth in the Nations Cup at Great Meadow CICO3* and finished third in the Plantation Field CIC3*. Woody finished outside the top 10 just once in the 2017 season, which saw him named 2017 USEA Advanced Horse of the Year. He was also nominated for 2017 EquiRatings Horse of the Year. 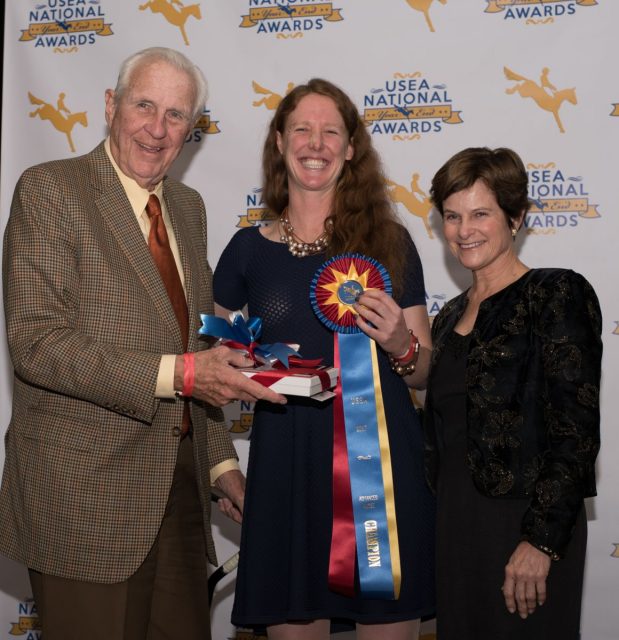 Now Selena has her sights set firmly on achieving even bigger results with Woody in the 2018 season. While his dedicated owners, John and Judy Rumble, had originally intended to aim Woody for the prestigious Badminton Horse Trials in 2019, they decided to move the trip up to 2018 following the horse’s big win at Fair Hill.

EquiJet has generously stepped in to fund Woody’s flight to England, and fundraising efforts are underway to cover the cost of getting him back home. “Everyone has been really generous and asking where they can help,” Selena said. “Caroline Petty set up a GoFundMe page. Even private sponsors have stepped in, and friends who want to host a fundraiser. We’re definitely getting all the help the Rumbles need.” 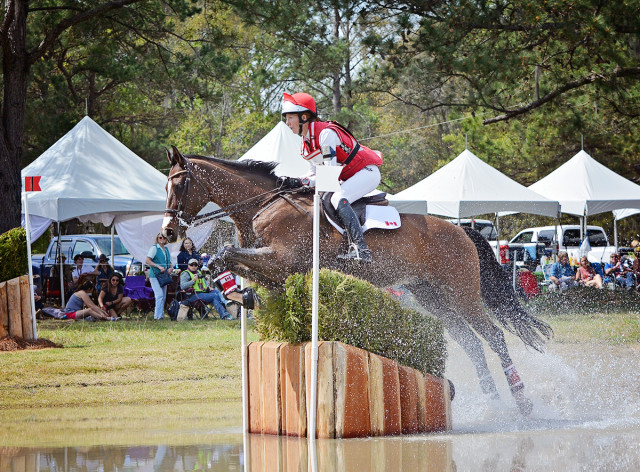 Foxwood High will return to Red Hills in 2018 to defend his win. Photo by Jenni Autry.

Selena competed her Olympic partner Colombo at Badminton in 2011 and said while she is thrilled at the prospect of returning to the storied venue, she is also approaching the 2018 season with the same philosophy that guides her each year with Woody — one show at a time.

“I do one show at a time, really concentrating on the dressage to try to make sure Woody has a little bit of a lead so he can have breathing room for the show jumping,” she said. “I try to relish it and enjoy the process. As we all know, horses are humbling. You might not achieve your goals every time out, so you have to enjoy the steps it takes to get there.”

After spending some time at Christilot Boylen’s winter base in Wellington working on his dressage, Woody joined Selena in Ocala last week. She plans to start his season with an Advanced combined test at the Florida Horse Park, followed by Rocking Horse Advanced and then on to Red Hills to defend their win.

Selena is hoping to head to England early to run Woody’s final prep for Badminton at an event like Belton before going on to the biggest test of their partnership to date. “I like the idea of going back somewhere I’ve been with Colombo,” she said. “Badminton is a big, galloping course, and I’ve talked to fellow competitors who think it will be a good course for Woody.” 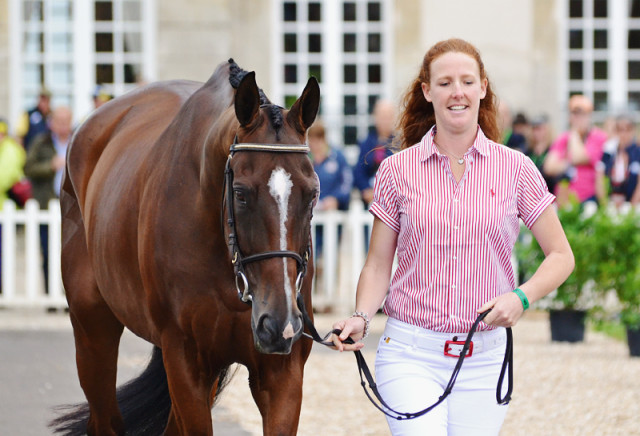 “For the last two years, the way that I planned my season was around the team and team selection, and I think John and I both decided from now on we’ll plan to enjoy Woody and do the season the way the owners would like it done. John and Judy enjoy Red Hills and are excited about Badminton. Obviously they will also be very happy if Woody makes the WEG team.”

Congratulations to Woody and all of his connections on being named 2017 Eventing Nation Horse of the Year. We wish Team Woody all the best in the 2018 season! Go Eventing.