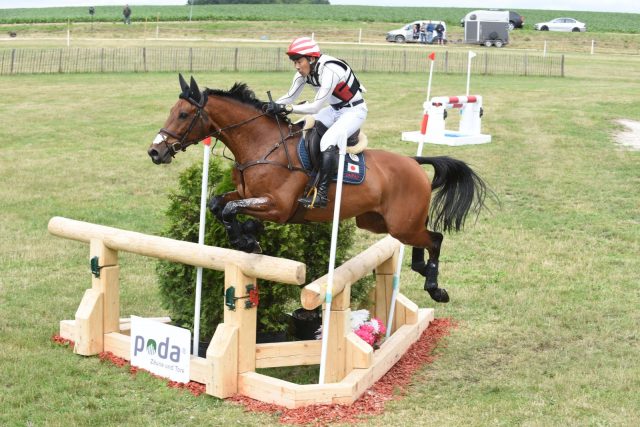 The cross country course at Poland’s LOTTO Strzegom Horse Trials was no match for the French, who continue to lead the FEI Nations Cup. Great Britain moved from fifth to second after super cross country performances, and Poland’s home team also made moves to stand in third.

Japan’s Yoshiaki Oiwa and his own Calle 44, an 11-year-old Holsteiner, were the first pair to deliver a double clear round, and that made them individual leaders of the CICO3*. They remain on their dressage score of 30.5. 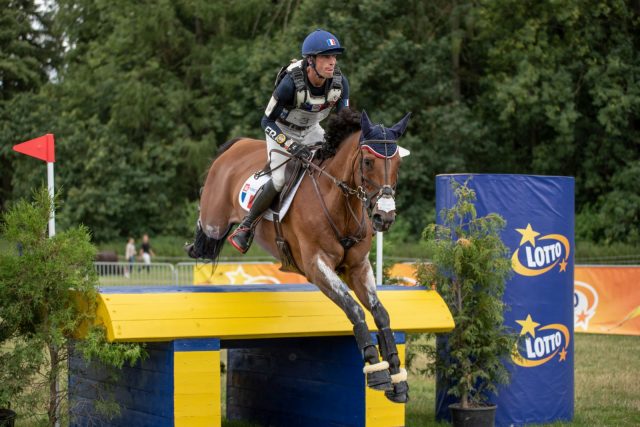 Despite two time penalties, France’s Maxime Livio secured second with Opium de Verrieres on a score of 31.40. In third place is Alice Dunsdon on a 33.1 who had a cracking quick round inside the town with her own Sambo riding for Great Britain. 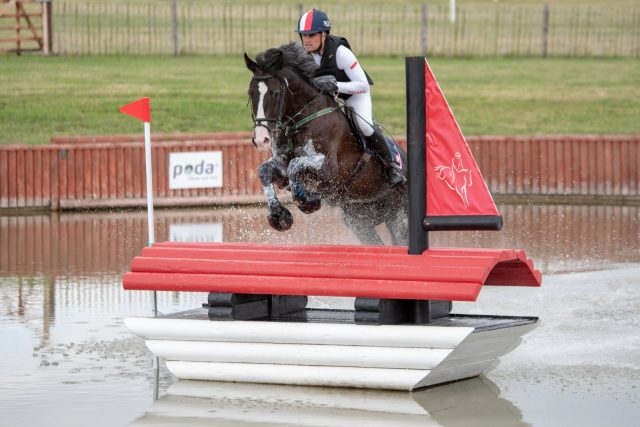 “The cross country went good, Lassban Radovix has jumped really well, it is a very brave horse,” he said. “We are slightly late, he is very willing to jump, but unfortunately he is not fast enough”

Of the 33 finishers 22 avoided jump penalties, but only two—Yoshiaki and Alice—managed the time. You can rewatch the CICO3* cross country action from start to finish here.

The Nations Cup competition in Strzegom is the first test of the new Olympic format, which will be used at the 2020 Tokyo Olympic Games.  This includes includes three riders per team with no drop score.

CCI3* overnight leader Sara Algotsson Ostholt (SWE) finished bang on optimum time with Margareta Algotsson’s Wega to remain out in front. She and the 17-year-old Swedish Warmblood carry 26 points into the final phase.

“She was absolutely brilliant, she saved me a couple of times, when I was a little bit too relaxed,” Sara said. “She’s such a fantastic horse, I trust her 100% and I think she also trusts me. We’ve known each other for 17 years now, she’s so smart and intelligent and such a good character.”

There might be a bit of family feuding in this three-star, because as Sara’s brother-in-law, Andreas Ostholt, is in second with So Is Et, a 15-year-old Westfalian owned by Marcelis Padmos. They picked up 0.8 time penalties for a two-phase score of 28.2.

“It was really good, I didn’t have any trouble at all, all fences were really perfect, I didn’t take any risks, I wanted to give him a very good round before Tryon,” Andreas said.

Karin Donckers and Fletcha van’t Verahof are third for Belgium. Owned by Karin, Joris De Brabandere and Carl Bouckaert, the 13-year-old Belgian Warmblood picked up 6.8 time penalties for a score of 33.6.