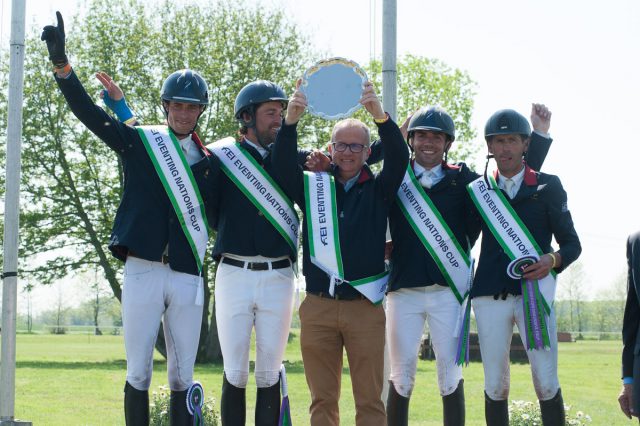 France is out in front of the 2018 FEI Eventing Nations Cup™ Series after a decisive win of the first leg at the Vairano CICO3* in Italy this weekend.

The team of Luc Chateau on Propriano de I’Ebat, Maxime Livio on Pica d’Or, Brice Luda on Valere de Bonnieres, and Raphael Cochet on Sherazad de Louviere lead from start to finish, ending the weekend on a final group score of 88.2 – making France a back-to-back winner at Vairano.

The entire team finished inside the top ten individually, with Luc and Maxime topping the group in second and third place, respectively.

Swedish riders took home second place on a score of 124.3 with a team made of Christoffer Forsberg with Hippo’s Sapporo, Ludwig Svennerstal with Balham Mist and Anna Freskgard with Box Qutie.

The home team of Italy earned third place on 128.6 points with rider Clelia Casiraghi on Verdi, Rebecca Chiappero on Quilando Z, Fosco Giardi on Feldheger, and Arianna Schivo on Quefira de l’Ormeau. Fourth place went to the Swiss team of Robin Godel, Patrizia Attinger, Jasmin Gambriasio, and Camille Guyot on a score of 164.9. 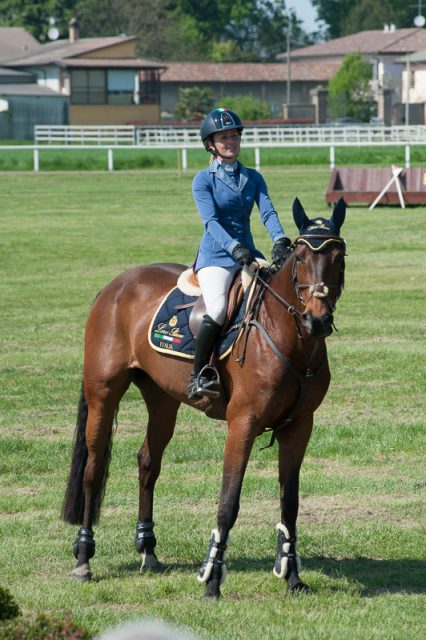 The CICO3* also stood as the Italian Senior Championships, where the title is won by the best-finishing Italian rider. This award went to Arianna Schivo, who finished in eighth place individually with l’Ormeau on a score of 36.9. 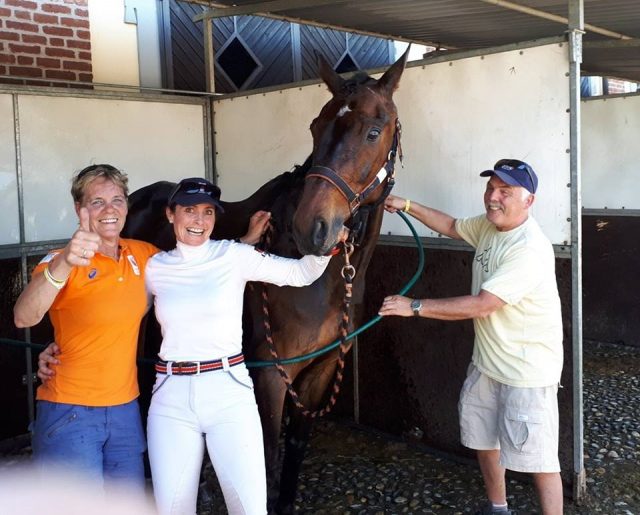 Riding for the Netherlands, Alice Naber-Lozeman clinched the individual win in the CICO3* class aboard R. Van Reine & Yvonne Smit’s ACSI Peter Parker. They added nothing to their dressage score of 26 for this a wire-to-wire win.

Less than a point behind was Luc on his team horse Propriano de I’Ebat. These two also finished on their dressage score of 26.7. Maxime continued the FOD trend with Pica d’Orc, finishing in third on a score of 28.

In addition to the Nations Cup, Vairano also hosted a competitive CCI3* which was won by local rider Susanna Bordone and Mazzocchi Maria Giovanna’s Dinky Inky. Fifth after cross country, a double clear round secured them a win on a final score of 33.9.

Switzerland’s Patrizia Attinger and Denise C. Egger & Attinger Peter’s Hilton P had a strong second place finish after a personal best dressage (31.5) and only one pole down for a three-phase score of 35.5. Sidney Dufresne took third with Tresor Mail on 36 points.