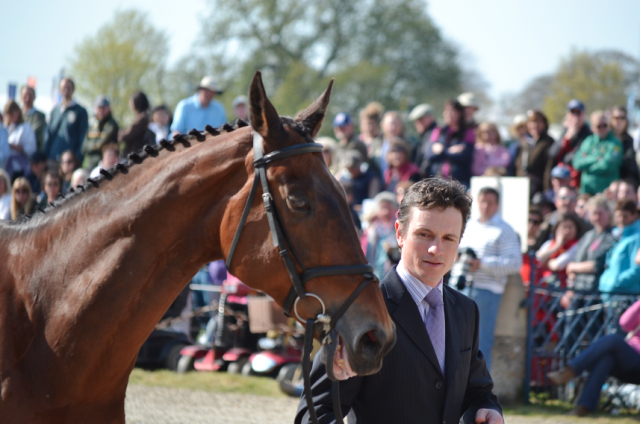 After initially decided to dial down his four-star mount’s competition schedule last year, UK rider Francis Whittington has decided to fully retire Sir Percival III. After Pau last year, Francis decided to continue competing “Percy,” who had taken him to Burghley and Badminton, at the three-star level. However, after beginning to prep for the 2014 season, Francis noticed that the 17-year-old gelding was becoming increasingly uncomfortable with upper level work, Francis posted on his blog.

From the beginning Percy has been a wonderful Character who always had the ability to remind you that the rider cannot relax! Quite early on it was clear Percy was always going to be an amazing xc horse.  As like most top event horses he came with his quirks and there certainly is a few of them! He never really felt he could quite cope with the intense pressure of the dressage arenas yet he has still been able to pull out some fantastic tests over the years.  This was always our weakest phase, but he never failed to bring a smile back to everyone’s face come cross-country day.  Percy and I had an incredible relationship on the cross-country and knew each other so well that I knew exactly how a course would ride with him.  Percy is without doubt the horse that put my career on the map, being reserve for the British team on many occasions, I am sad that he never got the opportunity to represent his country but the fact that he and I were recognized as a combination to watch is also a huge achievement.

You can read more on Francis and “Percy” here.