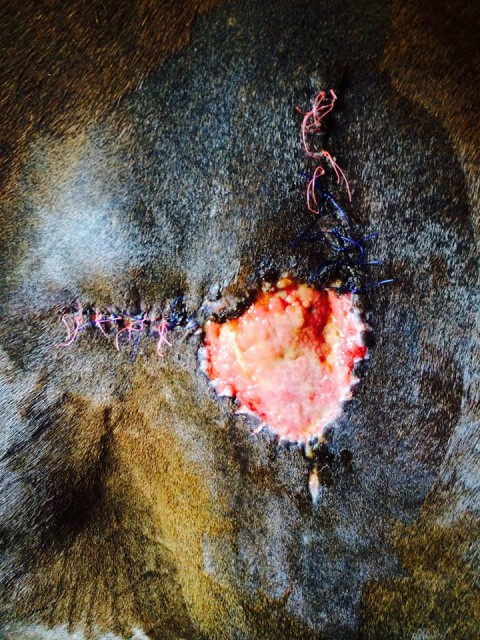 Happy Monday, EN! I spent 4th of July weekend doing — you guessed it — wound care. Mia’s wound has changed quite a bit since last week’s update, which I posted on the fifth day after the injury, when all the stitches were still holding and the drain had just been removed.

Dr. Wade Wisner of Green Glen Equine Hospital did an incredible job stitching the wound, but he made it very clear from the beginning that it would be a long shot for all the stitches to hold, especially at the base, which had severe bruising. Day 6 went as planned, with the wound continuing to drain a lot. On Day 7, we lost our first stitch at the bottom of the wound, just to the top left of the drain hole. Then, on Day 8, Mia rolled … 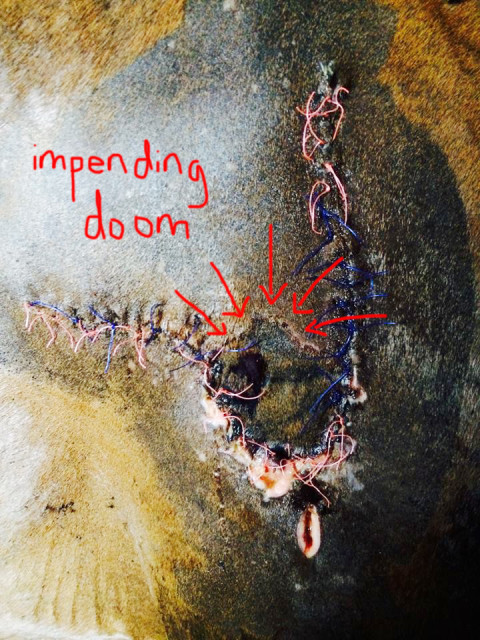 In looking at photos from Day 6 and 7, you can tell that the skin at the tip of the wound was in the process of dying. There’s a clearly visible division between healthy tissue and necrotic tissue, and when Mia rolled, she tore the wound open right at that division, popping a few more stitches in the process. 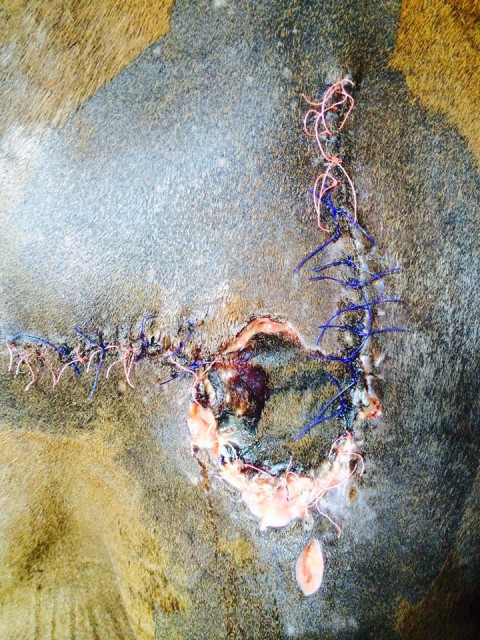 At that point, it became official — we were going to lose the whole tip of the wound. Dr. Wisner told us to leave the severed skin flap in place as a bandaid of sorts in the meantime to act as a protective layer, so we continued to flush and clean around the flap.

Since the flap was totally detached at that point — hanging on by a few stitches on both sides — it started to shrivel up and continued to shrink on days 9, 10 and 11. Today, Day 12, the severed skin flap finally breathed its last, so I snipped the last couple stitches holding it up. Frankenhorse is now officially going commando. 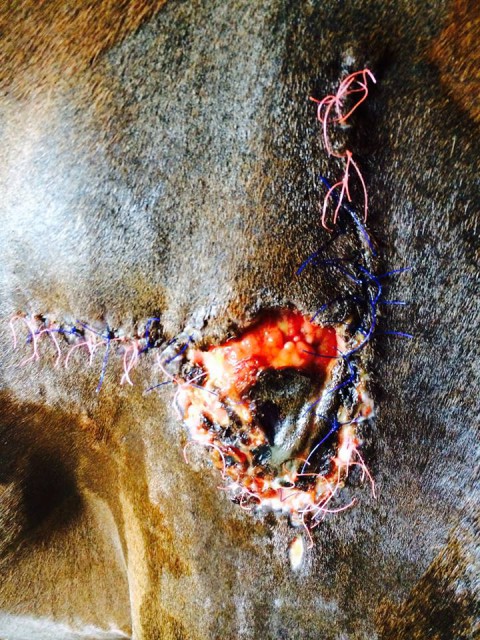 Dr. Wisner is still thrilled with how the wound looks, and he’ll be out tomorrow afternoon to check the progress in person. The remaining stitches will stay in for another five to eight days. As for treating that gaping hole, I’m learning toward using Equaide, but will be discussing all the options with Dr. Wisner tomorrow.

In other news, Mia’s leg has re-absorbed all the swelling now, so she’s much more comfortable and mobile in her stall. That’s great for her morale — and she’s visibly happier and back to her old self — but she’s also getting more restless now. She will stay on Reserpine for the foreseeable future, but I’m also on the hunt for ways to keep her entertained.

Jolly Ball? Uncle Jimmy’s Hanging Balls? Likits? How do you keep your horses entertained on long periods of stall rest? Any and all recommendations are welcome. I included a photo gallery below of each day’s progress since the injury on The Day That Must Not Be Named, otherwise known as June 26. Thanks for following along! #teammia

June 27: How My OTTB Decided to Spend the Summer as Frankenhorse 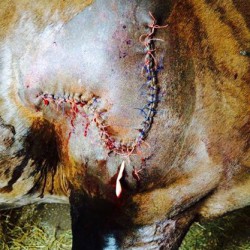 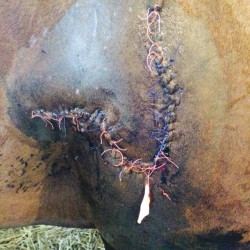 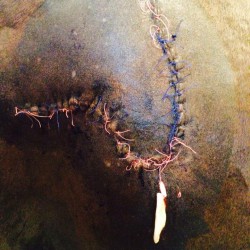 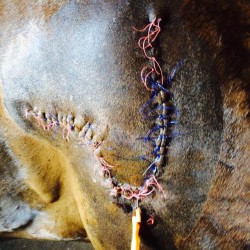 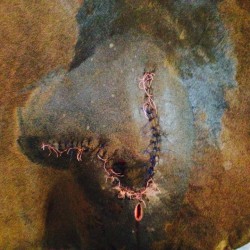 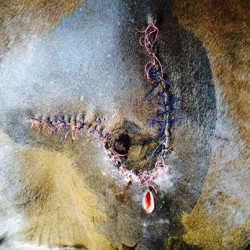 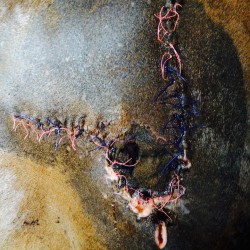 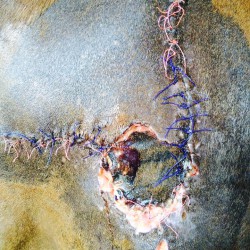 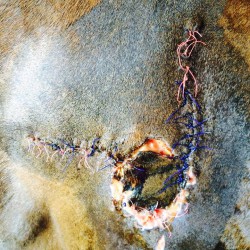 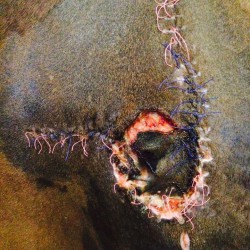 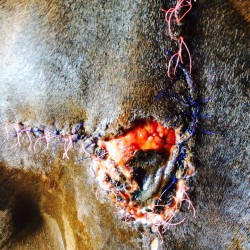 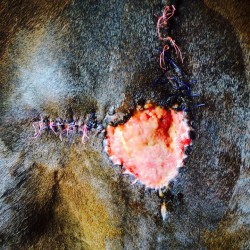