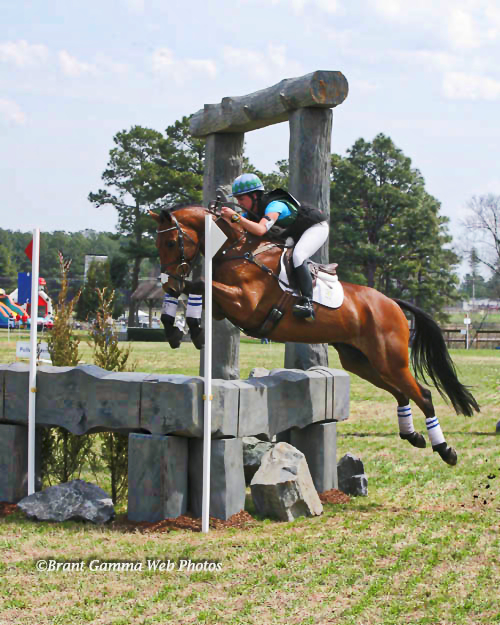 To me, there are three closely related qualities that have to exist in the genetic makeup of an upper level event rider or horse, and without them, you just can’t quite make the cut. To exist in the upper echelons of our sport is an elite position, and from the percentages of horses and riders who successfully make it there, much less stay there, you can conclude that this is indeed a rare combination of qualities.

It’s not about physical talent, money, horseflesh, or access to facilities. The three most important aspects are as follows: attention to detail, grit, and a fine balance between self preservation and impetuousness. While there are certainly a lot more parts to the equation, these seem to be the three most integral to achieving success in three day eventing.

Detail oriented people tend to be more successful in training horses, as their brains simply work in a different way than those who see only the big picture. Riders who realize that every little piece has an effect on their performance, whether it be feed, turnout, saddle fit, weather, nuances of bridles, or riding schedule, they are the ones who process all of the possible reasons why something is, or is not, working.

Success is a fleeting thing, and training animals is partly the ability to temporarily nail down the equation for progress with each individual horse. For this to be accomplished, details must be acknowledged and managed. These are people who are hungry for knowledge, how one thing affects another, and how they can harness that knowledge to their own benefit.

The second quality is grit, and no, it’s not just how much dirt you have up under your fingernails. I once saw a video on TED  that was about how kids succeed both in school and in life. The talk was titled, “The key to success? Grit”.

Angela Lee Duckworth spoke in short about her work studying success based on several different attributes. She found that people who had the most success in life were not people with the most money, the best looking, social intelligence, physical health, or highest IQ. It was grit, which is defined as: “Grit is passion and perseverance for very long term goals. Grit is having stamina, and sticking with your future, day in day out, not just for the week, not just for the month, but for years. And working really hard to make that future a reality. Grit is living life like a marathon, not a sprint.”

I think it’s safe to say that if you imagine the top riders from any country, this definition can fit them very well. The ability to get up when you’re knocked down, to bounce back after disappointments, and the ability to play the long game are all integral to top level success. 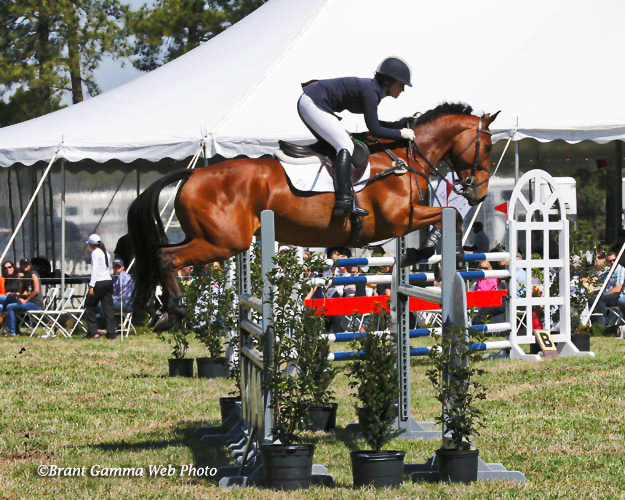 Gratuitous pictures of my wonderful horse. Photo by Brant Gamma.

The last part of the equation is a bit indefinable, a little nebulous in it’s reality, but certainly nonetheless important. Both horses and riders who wish to competently compete at the upper levels have to walk a fine line between the right amount of self preservation and a dose of impetuousness.

In a sport where risk is inherent, working with horses requires excellent judgement as to the risk/reward ratio. As a rider, you must know what type of bets are OK, and what is going to bring you more harm than good. However, being too careful will never allow you to progress, just the same as a horse that is too careful will not turn into an upper level cross country horse.

You have to be willing to make mistakes, fall on your ass, hit the dirt a few times, and then be OK with laughing it off and jumping back on. Learning from mistakes is an excellent route to self-education, but being reckless will lead you down the path of destruction.

Refusing to admit that there is risk is idiotic, but becoming paralyzed by possible dangers is equally so. Eventers probably have a lesser regard for their own personal physical safety than some others, as we shrug off concussions, broken legs, and busted collarbones, leaping back into the saddle as soon as possible. It’s not because we’re crazy, it’s because our absolute priority in life is getting back on the horse. After all, isn’t that the first commandment of equestrianism?