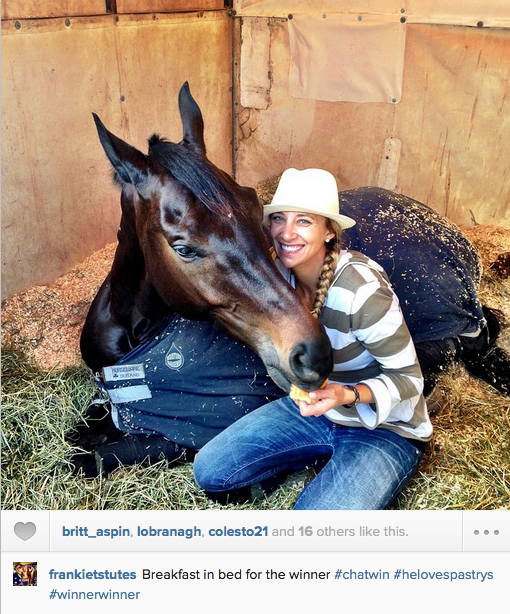 The popular Woodside Preliminary Challenge welcomed a record entries 57 this year. With $15,000 up for grabs in both the Horse and Rider divisions and an exciting evening Gala with the top 10 running in reverse order of go, it’s no wonder it attracts a great group of competitors and enthusiastic supporters.

Frankie Thieriot Stutes and Tristen Hooks took the early leads in their respective divisions and never let go throughout the next two phases. Preliminary Challenge competitors were the first to tackle Ian Stark’s redesigned country course on Saturday morning, and both Frankie and Tristen flew around clear, coming in just seconds under the optimum time to hold their positions.

On Saturday evening, dinner and a silent auction added ambiance to the show jumping finale. The top 10 in each division took to the Sarah Duborst-designed show jumping at 6 p.m. and kept the crowd on their toes to the end.

In the Rider division, a single rail separated second through 11th place, so the pressure was on to produce a clear round. The eventual top eight finishers all produced double-clear rounds and the top four since the dressage phase remained unchanged. Tristen and her own Holsteiner gelding did not have a rail in hand, but there’s a reason they have such a good record at Preliminary, and they finished clear for the win.

Tristen got her 15-year-old partner “Fly” from a friend’s backyard. She is thrilled with how he has come up the levels and his enthusiasm for the sport. Fly, a Holsteiner/Dutch cross, got quite a few peppermints, and Tristen won quite a few awards for their performance today!

A rub at the last but Tristan Hooks is home clean and takes the win in the Rider division! pic.twitter.com/nI0nF6NFvV

Tristen and third place team Julie Flettner and Ping Pong have put a team together to go up to Inavale and compete in Area VII’s Adult Team Rider Challenge. “It’s going to be a blast!” Tristen said, smiling from ear to ear. After Inavale they are heading to Arizona for Coconino and are looking forward to traveling out of state.
“I think this is the coolest event we have in California,” Tristen said. “It was so exciting to go trotting in and hear the crowd cheering for you and then all the applause when you finish your round. It’s like the Preliminary Olympics or Rolex!”
And that is precisely why the Woodside Preliminary Challenge Rider division draws so many entries. Many of these riders have no plans to compete above Prelim, and this is their chance to experience not only the atmosphere, but a chance at the prizes as well!
Preliminary Horse

Frankie’s German Warmblood gelding Chatwin has been battling an eye infection for months, but he had been cleared by his vets to compete just in time for the Preliminary Horse Challenge.

“While most likely he will need to have surgery to fix his eye for the long term so that he has no infection risks down the road, right now at this moment and this week, the best thing for Chatwin is to get to go to a horse show and be a horse for a little bit!” she wrote on her Facebook page earlier this month.

Chatwin was glad to be back, and Frankie said in a post-cross country interview that Chatwin was full of running on course. Hours later they were double-clear in show jumping to secure a sweet victory in the Horse division and their fourth consecutive win at the Preliminary/one-star level.

Seven-year-old Chatwin is getting a check-up for his eye this week, and hopefully his cornea will have sealed completely. Frankie and Chatwin would like to thank all the eye doctors and vets at UC Davis for taking such good care of him. “I can’t wait to call them all and tell them how well he did.”
If Chatwin is cleared to carry on, Frankie will be moving him up to Intermediate at Copper Meadows. “It really means a lot to me to get to do that,” Frankie said, and his performance today certainly showed it! “He’s such a great personality.”
In addition, we’d like to congratulate Frankie and her husband, Mike. They are expecting! “I’ll keep riding him until August, and then Tamie Smith will take over the ride on him for the rest of the season,” Frankie said. “Because he had time off for his eye, I really want to be able to let him have the rest of the season, even if I don’t get to!”
Looks like it will be a banner year for both Frankie and Chatwin!

Thanks Robert Kellerhouse and the whole Woodside Eventing crew for another great Preliminary Challenge! 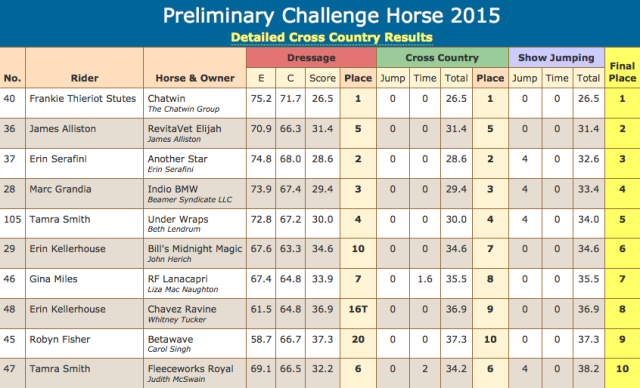 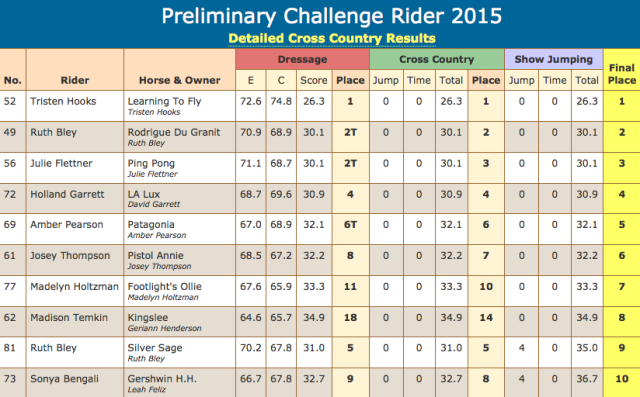