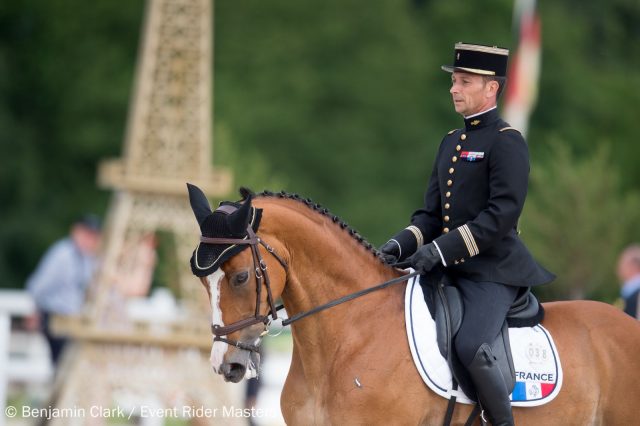 The French Equestrian Federation has announced its squad for this month’s European Championships, a competition they last medalled at in 2015, when they took bronze. Since then, they’ve delivered some formidable results — Olympic gold, for one, at the Rio Olympics — and although the squad is missing some familiar faces, it’s certainly an exciting one. Congratulations to:

[23/08 Update: Sidney Dufresne and Tresor Mail will be replaced on the list by Karim Laghouag and Punch de l’Esques, after Tresor Mail suffered an injury in training. In a statement on Facebook, the FFE said: “Tresor Mail […] presented a hematoma under one knee during the training of the French team. The Federal Sports coaching team, in agreement with the owner and rider, made the decision to withdraw Tresor Mail from the selection by prudence. Priority is placed on the wellbeing of the horse and the desire to preserve it in view of 2020. We wish Tresor Mail a good rest and a quick return to competition with Sidney Dufresne.”]

The squad represents the union with some of France’s most established talents with several of its newest faces. Nicolas Touzaint won Badminton in 2008 and remains the only Frenchman ever to have done so, and although we haven’t seen him on a championship team since 2015, he’s a double European Champion (2003 and 2007), and has helped his team to gold once (Athens Olympics, 2004), silver four times (2003, 2005, 2007 and 2011 Europeans), and bronze once (2013 Europeans). Thibaut Vallette, too, has plenty of team experience, all in partnership with the Cadre Noir-owned Qing du Briot ENE HN – they took team and individual bronze at the 2015 Blair Castle Europeans, and they were part of the gold medal-winning team at the Rio Olympics, where they finished 13th individually. At the 2017 Europeans in Strzegom they failed to medal, though finished 10th individually, and at last year’s World Equestrian Games they took home team bronze and individual sixth.

Somewhat less experienced is Sidney Dufresne, who joined Thibaut on the French team for the 2017 Europeans, finishing 42nd with the striking stallion Tresor Mail. At last year’s WEG, they fared considerably better, ending up 18th overall and sharing in the spoils of that team bronze. 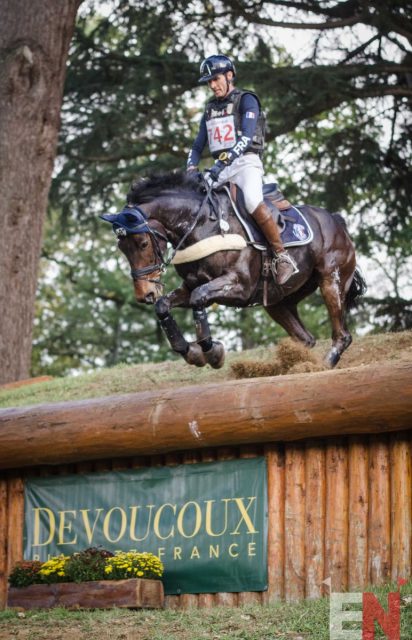 It’ll be a long-awaited return to the squad for Jean-Lou Bigot, who we last saw at a championship in 2005, at the Blenheim Europeans. Prior to that, he received the Olympic call-up once (Sydney 2000, where he finished 12th with Twist la Beige), the World Championships call-up twice (Rome 1998, 16th and The Hague 1994, sixth, both with Twist la Beige), and the Europeans call-up five times (Luhmühlen 1999, eighth, Burghley 1997, eighth, Pratoni 1995, seventh, and Achselschwang 1993, which he duly won. All of these were with Twist la Beige; at Punchestown 1991 he finished 26th with Pass).

It’s a senior championship debut for 24-year-old Alexis Goury, who took home the bronze medal at 2016’s Young Rider European Championships, and finished seventh in his first five-star at Pau last year. On both occasions he rode his selected horse, the 12-year-old Selle Français Trompe l’Oeil d’Emery. Christopher Six also heads to his first championship; he rides Totem de Brecey, with whom he finished 17th at Aachen last month.

[The European Championships: The Die is Cast!]