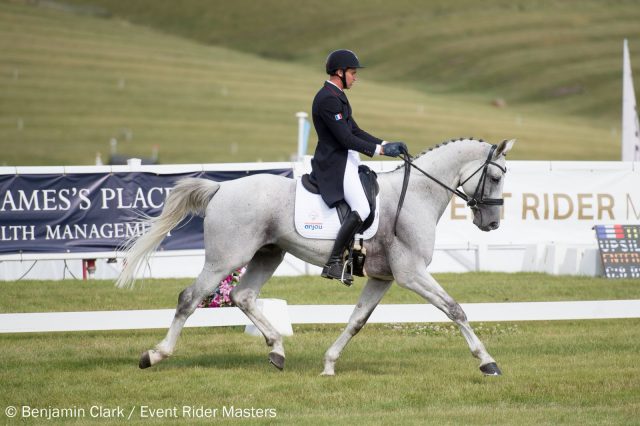 France’s Thomas Carlile has taken the early lead in the third leg of the Event Rider Masters series at Barbury. He and Upsilon, a 9-year-old Anglo Arab stallion, scored a 30.8, a new ERM record dressage mark and tied the Barbury CIC3* record set by Lucinda Fredericks and Headley Britannia in 2008.

Thomas commented, “He is a very special horse with so much power and he just delivers that bit of extra spark when he has to, seducing the dressage judges and his fans. He’s such a teammate and a modern event horse and we will need to jump clear in the show jumping and be fast tomorrow on cross country if we are to win, but he is up to that and I will enjoy the pressure.” 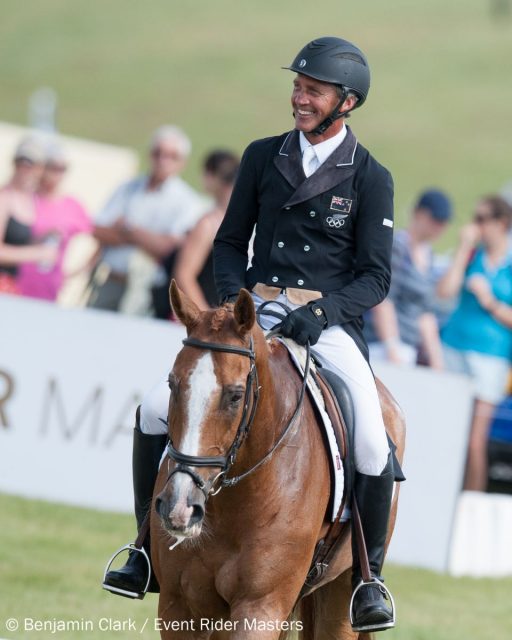 Andrew Nicholson (NZL) and Nereo, his 2017 Badminton winning mount, are second on a 34.9, a personal best for the pair. Andrew is in the hunt for a second ERM win this season and a sixth consecutive Barbury CIC3* win.

“I think it might have helped us going after Upsilon’s beautiful test,” Nicholson says. “It made me and Nereo raise our game. Yes there was pressure, but that’s why we compete at this level.” 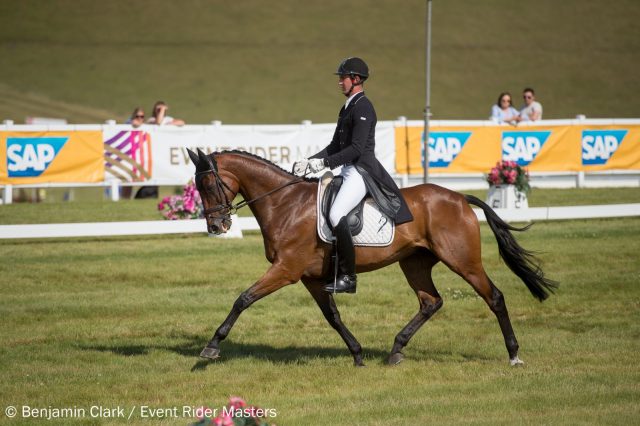 Jesse Campbell (NZL) and Kaapachino round out the top three on a 36.1.

“He was super,” Jesse says. “It’s always nice to perform well at your local event, as we are based just over the hill from Barbury. He is a very experienced horse and good thoroughbreds tend to give you their hearts, and that’s what he’s done for me today.”

Hannah Sue Burnett (USA) and RF Demeter, a 15-year-old Oldenburg mare owned by Ms. Jacqueline Mars, are the highest placed of three North American pairs contesting the ERM CIC3*. They sit 19th on a 46.2, a very respectable score for this still new relationship. Hannah Sue says she is hopeful for a little better score next time, but that she and the mare are still getting to know one another.

Barbury’s vibrant atmosphere was putting horses on their toes throughout the day, and Hannah Sue says “Demi” picked up when she entered at A. “My horse definitely went in and got a little more excited than she was in the warm-up, but she really tried her best and it was really fun with the music in the background.” (ERM riders can choose their own music, and Hannah Sue went with a medley of Journey’s “Anyway You Want It” and “Don’t Stop Believing.”)

Of the event, she said, “It’s beautiful. I’ve never been to Barbury. This is my first summer in the UK so I’m just loving every moment.”

“His trot work is some of the best he’s done, and he got a little excited at the end, but I’m really pleased with him,” she said. “It’s a lot of atmosphere for a young horse, which is why we brought him here.”

There’s plenty of mileage to be gained at Barbury, between the spectators and the other divisions simultaneously underway.

“He hasn’t been to places like this,” Lauren says. “It’s a lot for fit horses to have cross country running in the background and then to keep their mind on the dressage.”

She looks forward to tomorrow’s cross country and show jumping phases. “He’s a really good jumping horse,” she says. “It’s his time to shine … The ground is firm but the Americans are used to it!”

Rebecca Howard (CAN) and Riddle Master, a 16-year-old Canadian Sport Horse owned by Blythe Hill Farm, will head into cross country in 27th position. “Rupert” got a bee in his bonnet, so to speak, circling the arena before their test, which carried into the ring.

“He hasn’t been in an atmosphere or environment really at all this year,” she says. “He’s a spooky horse, he notices everything. Tensions were high when we trotted in … He was beautiful in the warm-up, he was lovely. We seem to be a bit well practiced at winning the warmup and finding the atmosphere a bit much.” 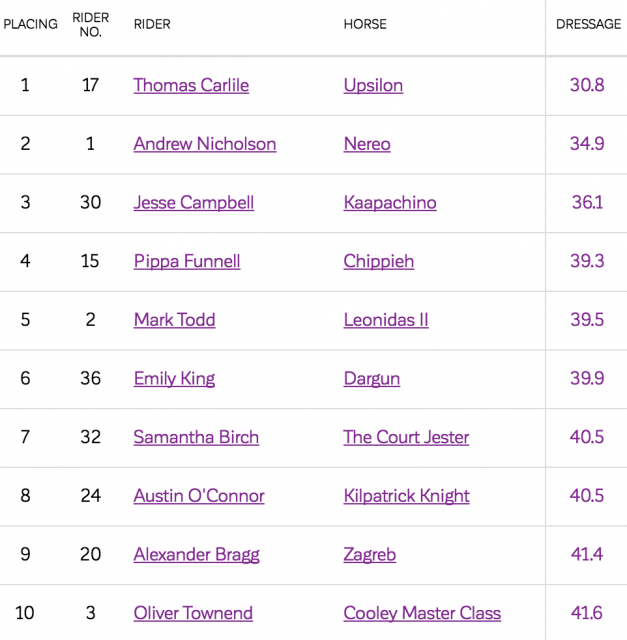