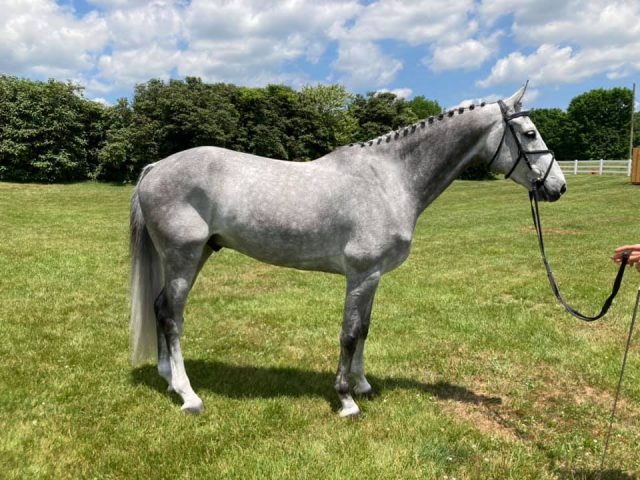 Just a stunning horse at VHT for no reason other than eye candy. Photo by Kristin Schmolze

Well obviously the big news of the week is the announcement of the US Eventing Team for Tokyo, and congratulations all around to the riders who made it, and those who were listed as alternates. While trepidation continues about the running of the games in the midst of the pandemic, plans continue towards the goal with the assumption that everything in Japan will be sorted out in time.

Speaking of the Olympic Games, there is still a lot of talk about if it should be held at all this year. In May, a 350,000-siganture petition calling for Olympic cancellation was submitted to organizers, as the Japanese government extended the COVID state of emergency until at least the end of that month and a poll showed 60 percent of the Japanese public wanted the Games called off. Only 3 percent of Japanese citizens had been vaccinated by mid-May and the head of online retailer Rakuten, Hiroshi Mikitani, believed holding the Games would be “a suicide mission.” [Summer Games: Is It a Go?]

When Liz Halliday-Sharp was the only elite event rider who also competed as a professional race car driver she had two goals:  Make the podium at the 24 Hours of Le Mans and make the U.S. Olympic equestrian team. Halliday-Sharp, 42, just missed the podium at Le Mans in 2006, finishing fourth in the LMP2 Class and 19th overall with Intersport Racing in a Lola-AER. Now she’s accomplished her second goal by making the US Eventing Olympic Team. [Liz Halliday-Sharp Poised for Olympic Debut]

Time is running out to submit your entry to our #MudMadnessGiveaway in partnership with SmartPak! Up for grabs is nearly $500 in rain-and-mud-ready gear for both you and your horse. To learn how to enter, click here.

While you’re at it, enter to win a YETI EN-branded coffee mug as a token of our thanks for taking a few minutes to fill out our 2021 Gallop Poll to learn more about our readers. Click here to learn more.