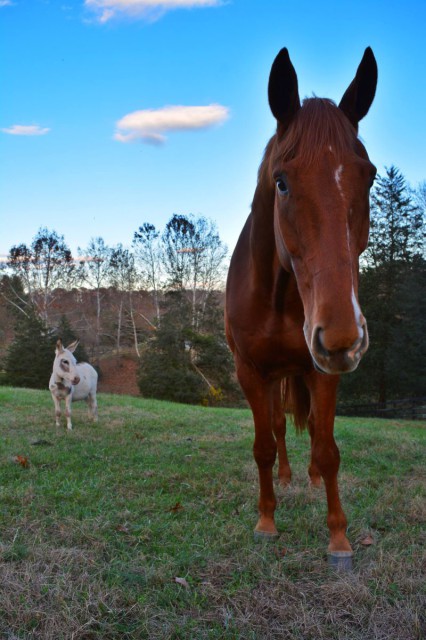 Leo & Pepe chilling out in the unseasonably warm weather.

Yesterday, not only was it boiling hot (Dear November: what the hell!!?) but I had a completely ridiculous thing happen to me. I was hacking along in the afternoon with my old man Nyls, and poking across a field on a long rein, and quite honestly, reading Kristin Carpenter’s newest blog on my phone, when I felt Nyls slow down and put his head down. I assumed, as he’s a right old fatty, that he was getting a snack, and ignored him.  Instead, he decided that he desired a nap. Right there. Right in the middle of the field. He LAY DOWN ON ME!!! Just buckled and went down, and settled into the grass. I was sent sprawling off to the side in complete astonishment, and he simply looked at me like, “What’s your problem, lady?”. No, he wasn’t dying, he literally just wanted to lie down and maybe eat some grass and have a roll. The fact that we were on a ride was irrelevant.

Who was the leading rider and leading horse in Britain this year? Oliver Townend topped the charts for the second year in a row, with a total of 2,086 BE points, followed by Andrew Nicholson with 1,262 BE points despite ending his season early with a rough fall at Gatcombe. Wesko finished as leading horse, followed by Leonidas II. [BE Top Horse & Rider 2015]

World Breeding for Sport Horses has released their list of top sires for 2015. Headlined by Contendro I (who was third last year), the popular Ramiro B has climbed into second spot and Heraldik XX has dropped one for the bronze position. Contendro sired horses like NZB Campino, RF West Indie, and Cheeky Calimbo. Ramiro is the sire of the ever famous and amazing Ballynoe Castle RM, and third placed Heraldik is no slouch with FRH Butts Avedon and Halunke FBW to his name. Eventing breeders Cabin White Farm are expecting a Ramiro B baby next year, who else has a famous baby daddy coming soon?  [WBFSH 2015 Sire Rankings]

A new study from Britain seems to prove that while air vests protect against certain crush injuries, they do not have the ability to prevent Eventing fatalities. In the event that a horse falls directly on top of the rider, the risk of fatality is still very high, but the study showed that with the air vest, injuries were reduced by 13%. While it is established that the air vest greatly reduces injuries from general falls, the use for when the horse falls on the rider is less well known. Tests involved dropping an equine cadaver onto a Hybrid III crash test dummy in both scenarios and measuring the chest deflection, which is a standard measure used to predict the risk of serious chest injury. [Air Vest Testing in England]

In the news of DEAR GOD I CAN’T STOP LAUGHING, somebody wrote an article on the comparison of farting emissions from kangaroos versus horses. I just can’t you guys. I literally just can’t. Apparently kangaroos have been praised for their lack of farting, but after science stepped in, we now know that it’s all been lies! Kangaroos fart just as much as horses!! [Kangaroos Alongside Horses in the Pantheon of Farting]

Horse girls, we like practical gifts for the holidays. For those you love, who love horses, get them something they’ll use every day! While this isn’t romantic, a SmartPak Boot Jack is just about a god send after a long day outside in the cold and the mud and the snow, all you want is to get inside quickly and get those darned boots off! Seriously guys, boot jacks are awesome. [SmartPak Product of the Day]