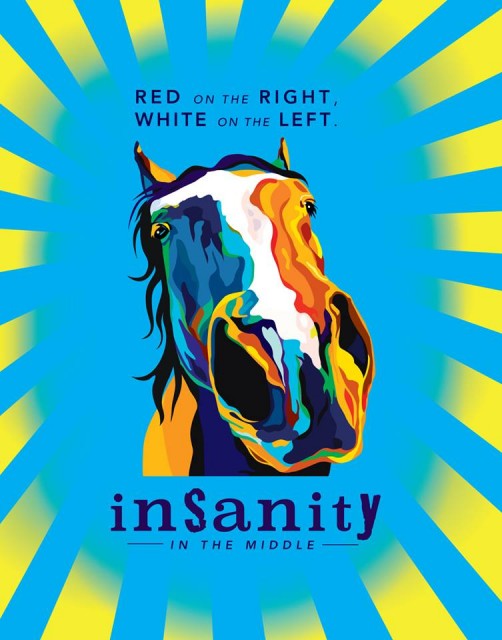 This wonderful print was designed by Caroline Radtke. Keep an eye out for information on ordering your own! Thank you to Caroline for sharing.

Good morning! Today is my last Friday working the good old nine to five for awhile, so I am enjoying my new found sense of freedom for the time being. I plan to spend the weekend doing some Christmas shopping (read: starting my Christmas shopping) and packing for my big move to the other side of Missouri. How will you be spending your weekend? If you are headed to Florida or somewhere else warmer, don’t forget to show off your winter digs by sending photos to [email protected].

Did you know that horses understand humans better than almost any other animal? Studies have shown that horses are excellent at picking up on body language from their human partners. An interesting article about war horses and winning their trust was published recently, and several equine behavior experts weigh in on the abilities of horses to read body language and react to human communication. [Winning the Trust of a Warhorse]

The Breeders’ Cup recently did a study on the use of Lasix on racehorses. An observational study, the results found that about 70% of juvenile racehorses are treated with Lasix. Another part of the study found that juvenile horses who were not treated with raceday Lasix or Salix actually had fewer exercise-induced pulmonary hemorrhage at this year’s Breeders’ Cup. [Breeders’ Cup Lasix Study]

I’ve dabbled in some photography here and there, but have never mastered the perfect shot. Professional equine photographer Jessica Robinson has created an educational video with some helpful hints of taking the best possible photos of your horse. Definitely a must-watch if you want to get some artsy photos to show off to your Facebook friends while everyone else is putting up pictures of their kids. Wait, that’s just me? [Tips for Photographing Horses]

Grand prix rider Anne Kurinski has a Thoroughbred show hunter. Only One is an OTTB who came to Anne by chance and who has quickly shown that he is quite adept at shining in the hunter ring. Anne has ridden many Thoroughbreds in her career, and she values having a sensitive horse. [Only One]

Check out SmartPak’s Barn of the Month.

A movie based on the story of the long shot Kentucky Derby winner, Mine That Bird, is due to release next year. The official trailer has been released, and it gave me goosebumps which is always a good sign.