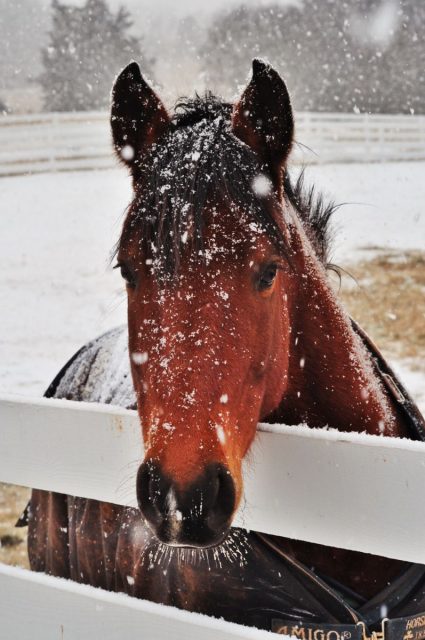 Okay guys, this weekend is the last chance to get your holiday shopping in order. I personally spend all year adding to my Amazon wish list of random things that I know my friends and family will enjoy, and then I completely forget to actually buy things until the very last minute. Now is the time! Get my crap together! Don’t forget anybody and remember them two days from Christmas like last year!

Dear significant others of horse crazy people: We’re here to help. We know it can be daunting to buy stuff for your horse crazy SO, because the stuff they like is so weird and so specific and god forbid you buy the wrong horsey stuff. That’s why Horse Nation has compiled a fool proof list of Christmas gifts to get you through the holidays. [Christmas Gift Guide for the Clueless]

The Essex Horse Trials at Moorland Farm in Far Hills, New Jersey (Area II) hosts one USEA recognized event each year on the last weekend in June and offers Beginner Novice through Preliminary levels. After running for three decades from 1968 to 1998, the Essex Horse Trials had become a must-attend fixture on the national and international eventing calendar – drawing the sport’s top riders, plenty of fans, and the embrace of a community much-attuned to equestrian pursuits and the social scene surrounding, in particular, Essex. After many years off the calendar, Essex returned in 2017 with levels through Preliminary and plans for upper level expansion. [USEA Events A-Z]

Best of Blogs: Winter Survival and the Art of Not Caring

If you had a chance to spend a day with Carl Hester, wouldn’t you? Lucky duck Kerri Vuolo got the chance to attend a clinic with Carl in Maine recently, and watched the entire day with rapt attention. They started with a four-year-old and as the day went on, went up the ages of horses to the top, so that the spectators could see the progression of the young horse. As Carl is well known for building his horses from the bottom, this is what he wanted to emphasize, the training journey along the way. [A Day with Carl Hester]

Congrats to Maia K., our day four winner of EN’s 12 Days of Christmas giveaways! Maia will receive a Deluxe Dressage Friction Free Saddle Pad from Success Equestrian. Tune in to EN later today for your next chance to win a prize from one of EN’s awesome sponsors.