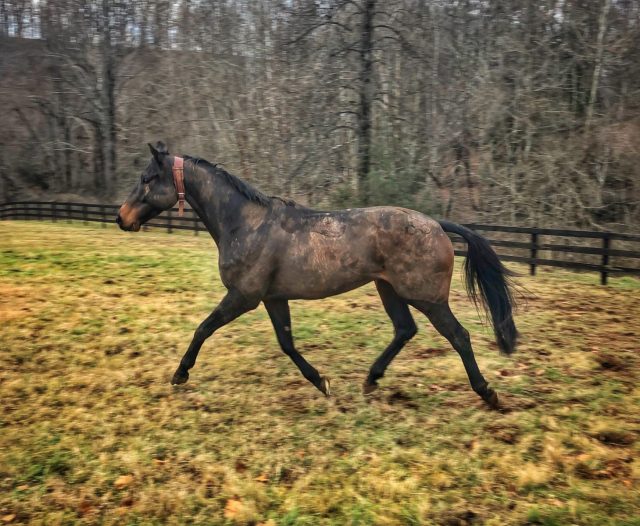 Look, I live in Virginia for a variety of reasons, but one of the main perks is that it’s usually dry and I don’t really have to deal with mud and muck for the majority of the year. 2018 really ruined that for me, as it literally wouldn’t stop raining. I realized that I am not well adapted to deal with this level of mud, and my OCD cleaning tendencies are literally just fried from a year of trying to keep my horses clean. Of course, I also own two total disgusting pig horses that aggressively roll as soon as you put them in the field, and both manage to get mud UNDER their blankets in the winter, and I’m on the verge of a mental breakdown. All I can say is that I hope 2019 involves 80% less rain on a weekly basis, and that I can return to my normal state of sanity.

Let’s just start this day off with an insanely good laugh. McSweeney’s is a website that is known for it’s deeply hilarious content, but now they’ve entered the equestrian world. A small snippet: “There’s a two-bit horse for sale within 50 miles of any buyer. But you’re not looking for a two-bit horse; you’re looking for a prime stallion with a shiny coat to lather, which means you need to go where the horses flow like bathwater: the Kentucky Hoof Belt.” [How to Bathe a Horse]

Hot on Horse Nation: Equestrianchondria, or Basically Being a Horse Person

If you were a badass viking in the 800’s, turns out you got to be buried with a bunch of righteous stallions. Scientists in Iceland have examined graves of over 350 vikings from this time, and over 150 of them are buried with horse bones. Not just any old horse bones, but every one of them except one was a male horse. So basically we’re just saying there was only one viking that preferred mares. [Vikings Love Stallions]