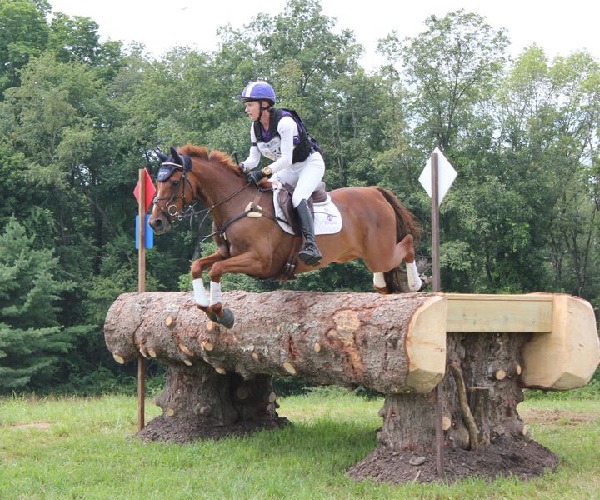 We’re sad to report that the feisty and tiny mare Madeline passed away on Wednesday at the age of 19. Found by Marilyn Payne as a four-year-old, Baby was tamed by Holly Payne, and took her to the very highest levels of the sport. Despite her small stature, Baby never met a fence on cross country she couldn’t conquer. She retired a few years ago and became a schoolmaster for owner Jill Gordon, and was beloved through her final day. We will all miss you, Baby.

Duh duh duh the Maryland Five Star website and logo is officially released! Excitement is building for the new five star next fall held at Fair Hill, and in 312 days, we can see it in person. In the meantime, check out their new website and tour everything in virtual reality. [Maryland Five Star]

Concerns about the heat and humidity in Tokyo next summer have caused some early schedule changes. Included in the sports that have already been rearranged is Eventing, with the cross country portion moved to start at 7:30 am. Temperatures are predicted to be in the 90’s with a very high humidity, which is already causing concern for lots of competitors. [High Temps for Tokyo 2020]

Flying horses across the country and across the Atlantic is something most people don’t really think about. But for lots of top competitors, including Catherine Haddad Staller, it’s pretty much part of the game. Living in New Jersey, training in California and competing in Europe she’s on Air Horse One a lot. Curious about the details for flights this way and that? Read on. [One If By Land, Two If By Sea]