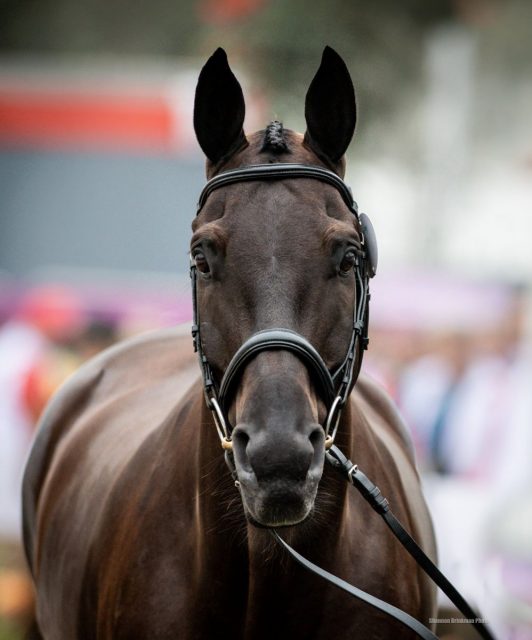 Just a little cute Tsetserleg face to cheer you up. Photo by Shannon Brinkman.

Now is a really good time to finally get into those stretching and strengthening exercises you’ve been putting off forever because nobody really wants to do at-home workouts. But guess what, those things help your riding a lot! Especially if you don’t ride several horses a day, get you some online pilates classes and open those hip flexors! Thank me later.

A new task-force has been established to deal with the daunting mission of rescheduling the Olympic Games for next year. The first goal is to establish dates available, and it has been mentioned that spring is a possibility. Along with that, they need to find facilities for the athlete village, and reorganize contracts with all of the collaborating forces. [Rescheduling the Olympic Games]

In honor of Brain Injury Awareness Month, Horse Nation writer Ashley shares her account of how a major concussion affected her life.  If you haven’t had a concussion due to riding, you almost certainly know somebody who has. Some are minor, some are fairly severe, but all of them affect your overall health for the future. [A Fish Called Dory: A Concussion Story]

The UK is taking steps to offer financial relief to self employed individuals, including equestrians. Economic effects of the Coronavirus are ranging far and wide, but self employed equestrians have been largely left to hunker down and hope they can keep feeding the horses. UK government has proposed a relief bill that will offer up to £2,500 per month for at least three months. [British Equestrians Get Financial Relief]