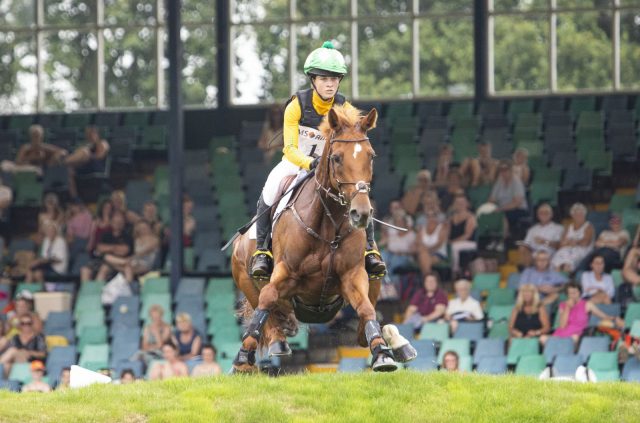 Despite making her first appearance at England’s Hickstead show ground — and, as such, her first trip around the iconic International Arena, best known for hosting the famous Hickstead Derby — 27-year-old Nicky Hill clocked the fastest round to win the Amlin Eventer’s Challenge with eleven-year-old Kilrodan Sailorette. Remarkably, she took the win as the class’s trailblazer, which gave her no chance to suss out the best lines and approaches to the myriad tricky questions, including a sojourn down the side of the Hickstead Derby bank, a scuttle over a slightly smaller (though no less intimidating) Irish bank, and a trip through the notoriously tough Devil’s Dyke, named for a local natural landmark. 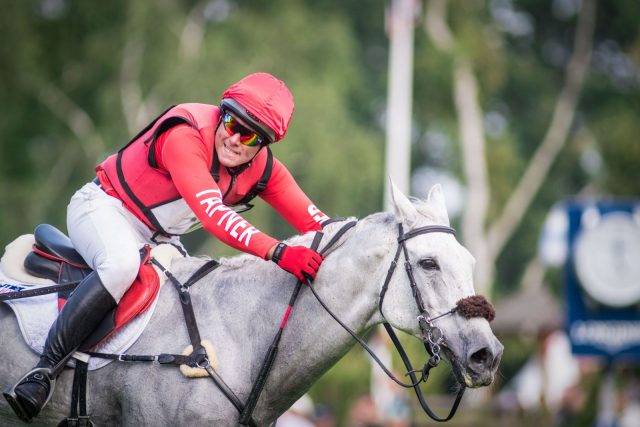 Paul Tapner and Bonza King of Rouges give it a bit of welly after the final fence. Photo by Tilly Berendt.

Together, the British rider — who was named best first-timer at Badminton this spring — and her newly-minted four-star horse took economical lines and delivered blistering turns, speeding across the finish line with a total time of 121.65 seconds, after adding four seconds when they knocked the first element of the Devil’s Dyke. This relegated Paul Tapner and Bonza King of Rouges, on the hunt for a record third win, into second place on their final score of 122.8.

“I hoped she’d have a good chance of doing quite well, and I went in there hoping I could give it a good shot,” says Nicky of the diminutive mare, who she describes as ‘the ultimate chestnut mare.’ “I was thinking, ‘I’ve got to go for it, set the bar high, and give everyone something to ride for.’ She’s awesome, but she’s so bold — too bold, sometimes! I was worried she might try to jump from the top of the bank.” 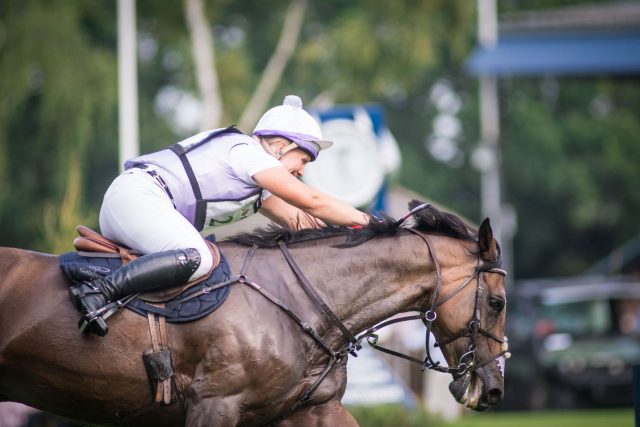 Last to go was Gemma Tattersall, riding her own pocket-rocket mare Chico Bella P. Remarkably, the mare hasn’t seen a cross-country fence in a year — but that certainly didn’t slow her down, and she finished third.

Want to see Nicky’s lightning-fast round? Check out the video, courtesy of Hickstead — and try to keep breathing when you see how the feisty mare tackles the bank…!