The USEA announced the creation of the Windfall Trophy today, an award presented to the USEA registered stallion with the most leaderboard points at the Preliminary level and above each year.

This award is designed to promote U.S. breeding and was named in honor of Windfall, the top performing U.S. stallion who carried both Ingrid Klimke and Dareen Chiacchia throughout his career. He stands third in points in the history of U.S. eventing and was also a member of the bronze medal winning U.S. Olympic team in Athens in 2004. 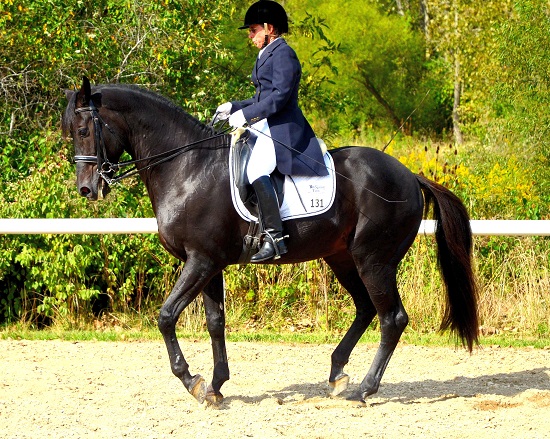 Owned by Timothy and Cheryl Holekamp and standing in Missouri, Windfall will be officially retired in a special ceremony at Rolex this year at the age of 23. Age is just a number, however, as the Trakehner stallion is still ridden daily by Cheryl and has even competed at the Grand Prix level in dressage.

Congratulations to Windfall on all of his lifetime achievements. We can’t wait to see other stallions following in his footsteps as U.S. breeding continues to be a focus in our sport.