Since Trading Aces was sold to be an equitation horse earlier this year, he’s been a busy guy. New rider Alexandra Pielet showed him at WEF in several Maclay, USEF Talent Search, and jumper clases. The pair earned their first win together in a Washington International Horse Show Equitation division, where they placed third overall after completing a class in each ring. 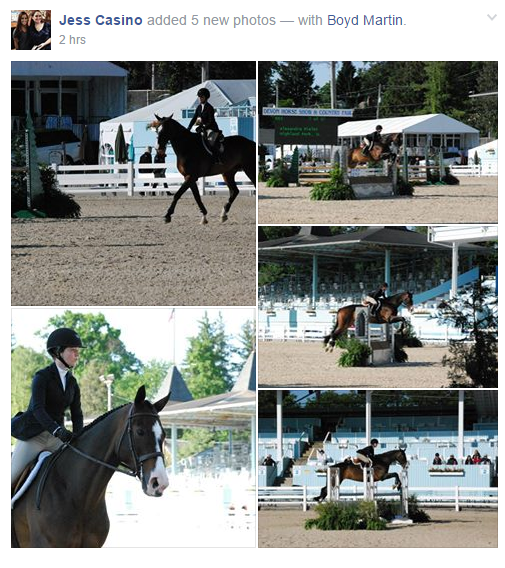 We wonder if she kept his barn name as Oscar or if she changed it. Nonetheless, we’re excited to see that “Oscar” seems to be thriving with his new young rider, and we wish him and Alexandra all the best.